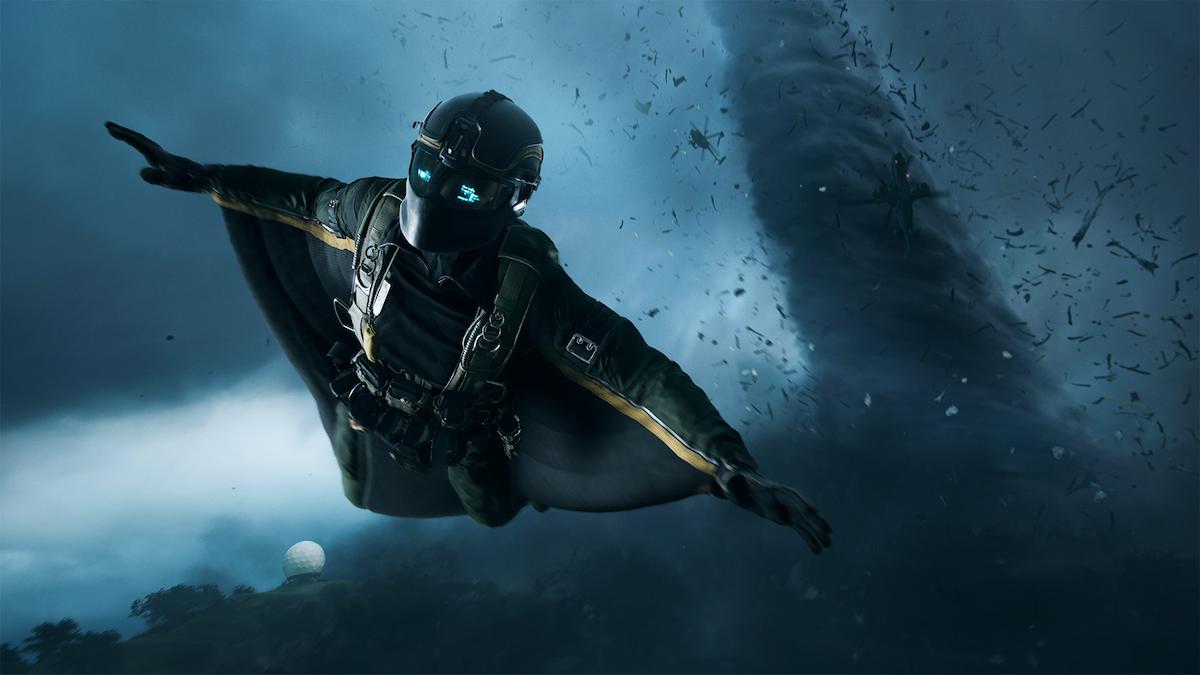 Critical and consumer reception has not been kind to Battlefield 2042. Many disappointed fans raise legitimate concerns surrounding its longevity and technical underpinnings. In spite of everything, Battlefield 2042 captures the franchise’s penchant for unrestrained chaos in a way no game has come close to since Battlefield 4.

There are many legitimate criticisms raised by players. The lack of voice chat at launch is exacerbated by an inadequate ping system. Performance is also highly variable across PC and consoles, running perfectly fine for long stretches until it randomly chugs without a discernible reason. There are also bugs I experience semi-regularly, such as being unable to switch my loadout during a match, or being unable to redeploy after being downed.

The list goes on, including the lack of overall content and missing features like being unable to switch teams. It’s impossible to mention every issue users have with Battlefield 2042, but for the most part, the negative response seems unfairly inflated.

The lack of polish is evident, but looking back, it’s in a much better state than Battlefield 4. Despite EA and Dice taking years to salvage that game, it was met with more positive reviews at launch.

Mayhem is the name of the game

Battlefield 2042’s greatest asset is its adherence to the core tenant that makes Battlefield so exciting: unrestrained chaos. Many players are unhappy with the new specialist system while simultaneously lamenting balancing issues, particularly with vehicles. This is where DICE’s vision and the community’s interpretation of that vision vary wildly.

The specialists exist to provide the emergent gameplay that only Battlefield is capable of. This malleable class-less system lets players tune their experience to exactly what they want. Do you want a medic that runs around with a syringe, but can also use a repair tool? Do you want a specialist with a recon drone that totes an LMG and explosive missile launcher? You can have all of that.

By removing the traditional class system’s stringent limits, the Battlefield sandbox expands significantly. This enables a greater degree of emergent moments that wouldn’t be possible without so many variables mixing together at any given moment. It’s unbalanced but intentionally so.

Battlefield is not an esports title, and its design shouldn’t adhere to modern competitive sensibilities. A degree of imbalance is what makes video games, especially Battlefield, so exciting. Even titles engineered for a tournament scene avoid perfect balancing, because making everything equally viable leads to an experience in which everything blends together. As game designer Rob Pardo put it in a GDC talk, “Otherwise, you’re going to end up with a game… where everything kind of feels the same. And you can high-five each other and say it’s balanced, but is it fun?”

“Fun.” Along with the word “boring,” they’re the most opinionated and unquantifiable descriptors that can be attached to an assessment of anything. There are no objective qualities that define what is fun and what isn’t; therefore, attempting to objectively engineer that fun in the way the community thinks it wants can lead to the opposite. Rather than choosing to reign anything in, DICE commits to its vision to a commendable degree.

Having fun on the battlefield

Vehicles are overpowered, but any specialist can use C5 or an AA missile or even guns with anti-vehicle attachments. While you may die from vehicles often, these threats provide some of the most bombastic moments. As enemies rush in post-explosion from a vehicle crash or fire, your compromised visibility makes you feel like you’re in the lobby scene from The Matrix.

Battlefield is at its best when players are let loose upon this sandbox, capable of experiencing set pieces that give any cinematic single player campaigns a run for their money. You don’t get Battlefield moments by having the perfect understanding of a situation and the right counter for that. Battlefield moments emerge out of systems mixing together in unintended ways to provide that excitement.

Some control points such as the skyscraper on Orbital are absurdly weighed in the defenders’ favor. That imbalance makes for some of the most intense moments as 40 to 60 players attempt to rush the rooftop from several angles. There’s a chopper raining fire from above, a hovercraft scaling the side of the building, and soldiers on foot appearing from every entry point. It’s moments like these that capture Battlefield’s immensity.

Battlefield 2042 is an excellent entry that eschews modern design sensibilities in favor of pushing the mayhem that gave the series its identity in the first place. Once DICE clears up the game’s technical issues and begins adding more maps, Battlefield 2042 could be fondly remembered for flying in the face of what people expect out of modern multiplayer shooters. It’s the constant tweaking based on community feedback, such as time to kill, that led to Battlefield 5’s demise. You can never please everyone, and Battlefield 2042 understands that.