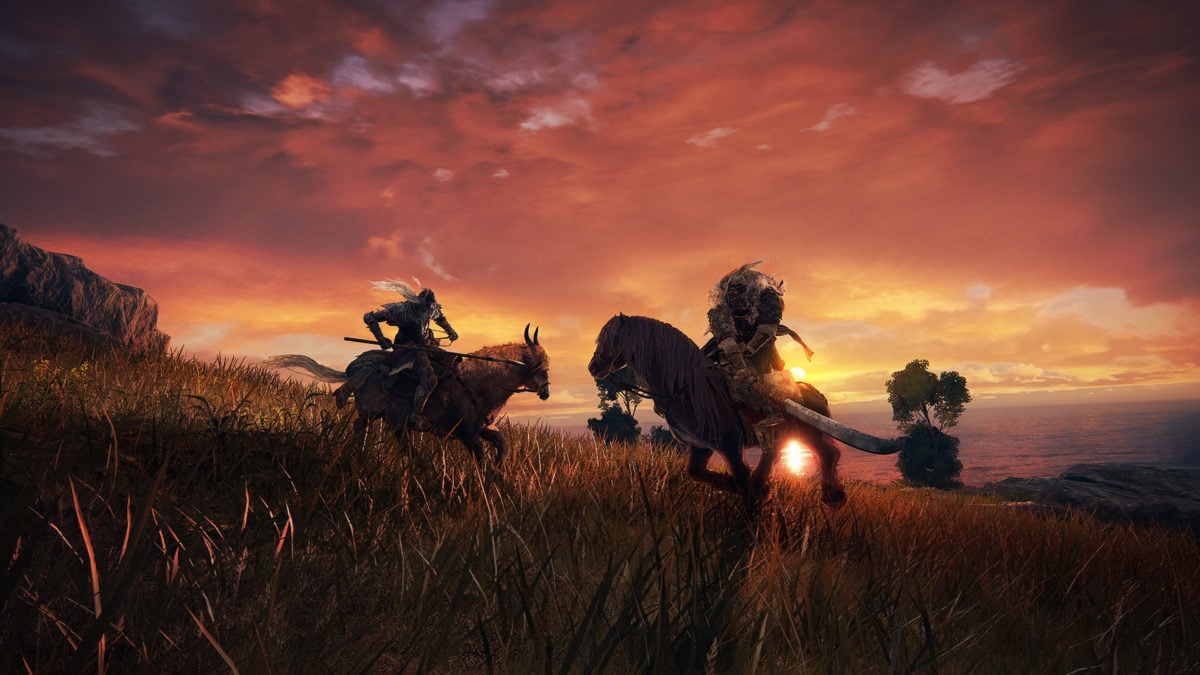 Ever since it was first announced, I have approached Elden Ring with a mix of excitement and trepidation. I am deeply enamored by the work of FromSoftware, pouring endless hours into the series that fans have come to call Soulsborne. The idea of taking the highly curated and tightly designed elements that make up these games and placing them in an open world was, to be frank, worrisome.

Open world games can fall into a trap of embracing pointless empty spaces with little gameplay or lore value. Mountains, rivers, and valleys can all exist without purpose, thoughtlessly added to the landscape because that is just what an open world is. While Dark Souls had already flirted with being an open world, it is easy to forget that due to the incredible level design. Would the perfectly poised sense of dread and wonder that personified FromSoftware’s work survive being transplanted into a whole new type of game?

Thankfully, my worries were washed away in one of the spectacular reveals that FromSoftware excels at. Upon leaving a tutorial dungeon and walking out into the world of Elden Ring it felt like coming home, as if every game in the Soulsborne series until the point was a step on a journey, with Elden Ring as the final destination.

To refer to the Lands Between, the battered landscapes where Elden Ring is set, as fantastical is a massive understatement. Lush green plains and forests crash against wreckage and ruin, running hard toward the cliffs and walls that form the roots of a massive castle. This enormous medieval structure dominates the skyline but is in turn dwarfed by the gigantic golden trees that tower, terrifying in their golden splendor, above everything else in this world.

A careless journey toward the nearest building exposes players to their first nightmare, a horse-mounted knight intent on crushing you beneath the steed’s hooves. Hiding in a nearby church offers little respite from his attacks, and I quickly learned that Elden Ring had no intention of being any less harsh than the games that had preceded it.

But Elden Ring is not without new tricks, as familiar and comfortable as things may feel. A compass and a map have been added to help players navigate the Lands Between. Fast travel is possible between generously placed Sites of Grace, the Elden Ring equivalent of bonfires. When you die you will have the option to return to the last Site of Grace you rested at or the one nearest Stake of Marika, the newly introduced checkpoint system that cuts out the need to run all the way to the bosses that keep humbling you in combat.

One of the most significant changes is Torrent, which is gifted to players by an important ally in the Lands Between. This allows them to quickly traverse the game, fight while mounted, and even double jump. Torrent can also be a valuable option during combat against some of the game’s bosses, as the sprightly creature’s ability to double jump can be a real game-changer. It is Torrent, more than any other aspect of the game that I have played so far, that personifies the genius of Elden Ring’s design.

Torrent is not just a mount, it is a strategy and a tactic, and a new means to explore and interact with the world all rolled into one. It is also a further emotional connection to the game, as your mount falling beneath you in a boss fight leads to a nervous tension as you find yourself on foot and dwarfed by the fire-breathing beast that has just slain your steed.

Yes, the game draws on all the Soulsborne titles that have come before it, picking and choosing elements to fold into its own design. And yes, Elden Ring is also inspired by other games and genres that have not been added to FromSoftware’s DNA before. This does not mean that the design of the game is any less careful and considered than FromSoftware’s best work, however.

My obsession with the Soulsborne games has always been less about the features and more about the feeling of playing them. The unusual mix of hope and desolation that is the world you explore. The dance that all players must perform along the brink of insanity as they march back to a boss for one more go around, intent on the idea that this time the same tactic will yield a different result.

There has always been something intensely intimate about the work of Hidetaka Miyazaki, and that same intimacy is present in the small portion of Elden Ring’s open world that I was able to explore. The individual stories of the characters within the series have always felt like personal fables, hence the repetition of theme and tone across multiple games. In Elden Ring, both of those elements remain intact, despite the large scale of the stage the story is set on. Yes, the world is vast, but it is just as curated, considered, and delicately constructed as I would expect.

Miyazaki’s work has always managed to craft a story about an unlikely everyman protagonist, a simple aberration of success in a tide of failure. In many ways, his games are a celebration of unsuitable heroes, poorly equipped for the challenges that assail them. Unlike more traditional tales, there is little refuge from the onslaught of enemies, the bleakness of reality, or the weight of possibility and expectation. It is within this terrible crucible that FromSoftware still manages to find the most engaging stories in modern gaming. Elden Ring simply provide more opportunity to push players down these interesting path of discovery.

Because of this, my only complaint about Elden Ring was a lack of time to explore it. The network test didn’t grant me the hundreds of hours that I want to sink into the world, discovering its secrets and lore. The good news is that excellence inspires greed when it comes to Elden Ring, and from what I played it seems that FromSoftware could very well be working on their best game ever.

The development team that seems to move from magnum opus to magnum opus looks poised to deliver another thrilling performance, where heroes rise and fall, victory and defeat are often indistinguishable from each other, and the greatest story is the one you write yourself.