I’ve played Final Fantasy XIV nearly religiously since 1.0 — every new expansion that comes out, I always set aside three to four days to do nothing but inject it into my veins and complete each slice of patch content the day it drops. The thought of maining a new MMO never occured to me. Sure, I’d install Warframe or take an unfortunate dip into World of Warcraft once or twice, but nothing grabbed me the way Final Fantasy XIV did. So why did Elder Scrolls Online do what others could not?

I purchased and installed ESO on a whim — one of my mentors suggested it as a side beat to cover when my preferred titles were quiet. But shortly after creating my character, I started to get drawn deep into the systems of ESO, to the point of becoming obsessed. What ESO does, it does well — and what it doesn’t do becomes painfully obvious.

ESO is not particularly newbie-friendly, due in large part to the massive amount of content and systems that aren’t well-explained. When you complete the tutorial, you are given access to the Keywright’s Gallery, a place that offers you a one-time trip to any of the content areas throughout the nearly decade-old history of ESO. This modular approach is both a blessing and a curse to fresh players, as I found myself faced with choice paralysis.

Once you get over the learning curve, however, there is a lot to offer for players looking for something different. Despite being an MMO, it feels like playing any other Elder Scrolls game: you explore each zone, solving problems and checking off boxes by diving into Delves and Dungeons, collecting Skyshards and loot along the way. You can recruit companions, purchase and customize absolutely massive houses, and dive into dangerous encounters against huge bosses.

While XIV’s story is unrivaled in the MMO space, there’s something special about the ESO quests. XIV is a “sum of all parts” type of experience, in my opinion — the grand journey from bumbling adventurer to savior of the world many times over is recounted often throughout your travels in Eorzea. Meanwhile in Tamriel, no matter how many world crises you solve you will often be viewed as a newcomer at the start of each chapter. Sure, important NPCs such as Razum-dar know that you are the champion who defeated Molag Bal when you arrive at Summerset, but many of the snooty High Elves there don’t care who you are. Believe it or not, this feels good. It gives each section of the story a solid beginning and an end, while providing that sense of wonder and closure that often was missing from XIV. The intro to Shadowbringers is my favorite for this exact reason — appearing on the First, you are just another know-nothing adventurer to the majority of the population, growing into your title of Warrior of Darkness.

None of what XIV does story-wise is bad, except from a newer player’s perspective of being faced with 200 or more hours of required content before reaching the end-game — and that’s assuming you skip over a lot of the side content that enamors players into additional aspects of the story to begin with. In ESO, I reached Level 50, CP160 (the highest level gear will drop at) in just under 50 hours played by following the story. There’s a lot of content beyond that, of course, as the Champion Point cap is 3600, but it’s nice to get within the same ballpark as others sooner rather than later. This approach to “play whatever, whenever” carries over to the new expansion, High Isle — brand new players can experience the content right away, without needing to beat any other chapter or expansion.

The modular nature and seamless level scaling of ESO allows me to play with my friends regardless of what CP level they are. True, they’ll probably delete monsters faster than I can, but there isn’t a penalty — and as long as they have ESO+, we can do any story chapter they’d like. In XIV, level syncing down to help a new friend out costs me the use of many of my abilities and feels tedious to play — Black Mage, I’m explicitly looking at you. New players can’t access the content I’ve unlocked either, which makes sense, but also limits what I can do with people trying the game out. It’s a hard sell to new players that the game only starts getting good after you spend around 50 hours cutting through A Realm Reborn. And even then, you still aren’t anywhere near the end of the game.

It is unfortunate that ESO adheres to the old MMO standard of “one character, one class.” If I get bored with my Dragonknight, I have to start over to try something new out. This is mitigated somewhat by the fact that any class can wield any weapon, and all classes can theoretically fulfill all roles, but it still doesn’t match what XIV does with their seamless Job Change system.

ESO and XIV both do different things well, and both could stand to learn from each other in some capacity. While I don’t believe one is better than the other, I do wish that XIV would ease up on the requirements to get to the end of the game, and I wish ESO would simplify a lot of core systems to be more palatable for newbies. I will always be a Warrior of Light at heart, but I’m enjoying my time as a roaming adventurer in Tamriel, and I’m eagerly looking forward to the next chapter in High Isle. 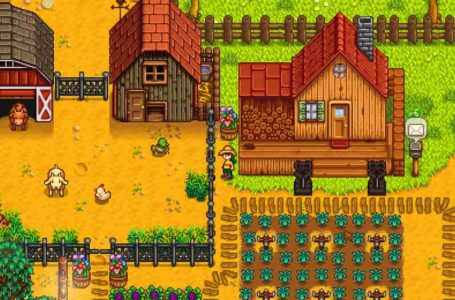 How to cook in Stardew Valley – best recipes and more 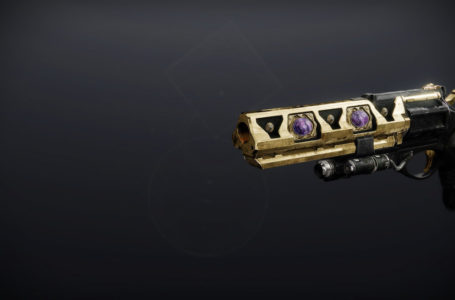 Knotwords Daily Classic answer (May 25) – What is today’s Knotwords solution?

Knotwords Daily Mini answer (May 25) – What is today’s Knotwords solution?