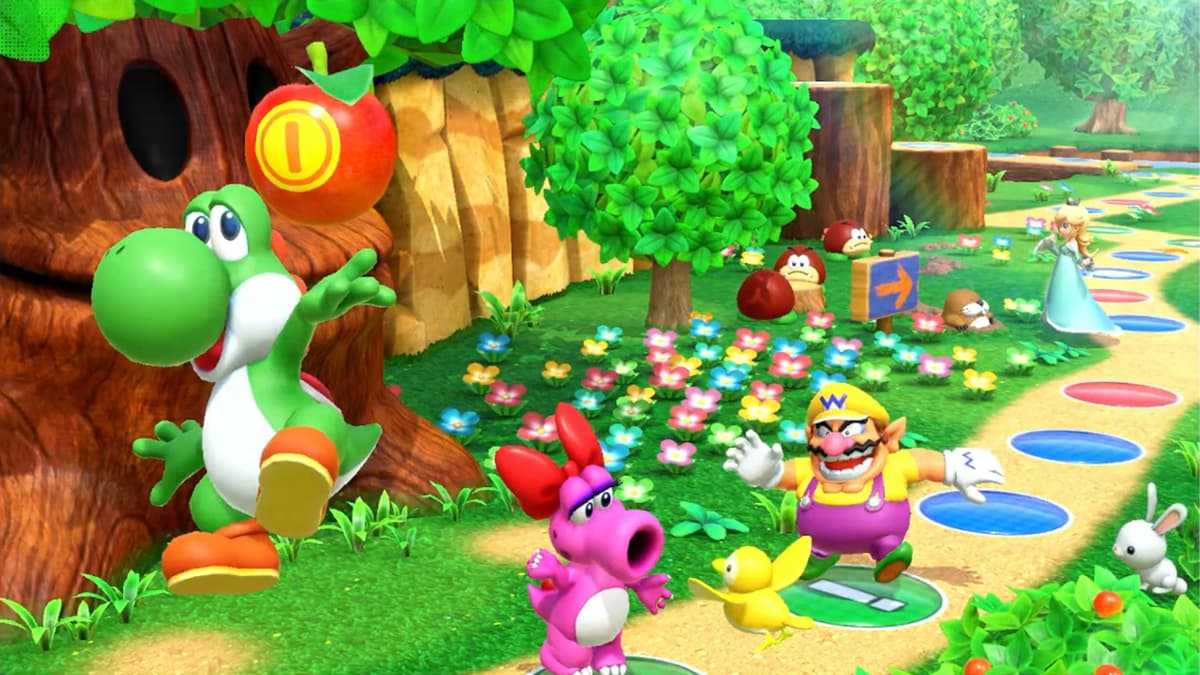 The Nintendo 64 has largely been considered the party machine when it comes to video game consoles. It’s where four-player multiplayer became the standard. The Mario Party games helped jumpstart that standard. Fast forward to 2021, and we are finally getting a game that appropriately celebrates these original titles and the series in general with Mario Party Superstars. I am delightfully surprised to say this is a damn good game.

Digging down to the roots of nostalgia

Following Mario Party 8, Hudson Soft, the makers of all the games in the series to that point, was bought and absorbed into Konami. Mario Party 9 onward was made by NDCube, an internal Nintendo company.Saying the series dropped in quality after that is putting it very lightly. Almost every time this team tries to do something new with the series, they suck out what makes the game fun—on the one hand, putting all characters in a car—on the other, making boring, unimaginative boards.

With Mario Party Superstars, the best thing NDCube has done is stick to what made these past games interesting and fun. Where something needed updating, they did it because it made sense. Peach’s Birthday Cake originally had a terrible RNG system for players to get stars, but now everyone always has a chance to get one by altering the board slightly, while this version still leaves in the alternate side of the board that sends you to Bowser. The change here makes the board feel much better than it was back in the day.

The five boards here are all from the first three Mario Party games on Nintendo 64 and while some are simple, seeing these locales updated to today’s high definition standards is a punch of nostalgia. Even the beginning cinematic gave me chills the first time I watched it. It shows off and talks about the warp pipe from the first game. This pipe is used for transporting yourself to the boards and is a simple landmark, but for anyone that played the classic Mario Party games, this is a beautiful callback to where the series started. Even the starting screens are old renders from the N64 games updated as well, and it just plucks the right strings for me.

While playing the game, I have constantly been reminded how much I enjoyed playing the originals when I was a kid. Going around a unique board and grabbing coins and stars feels great. Even the minigames feel right at home here. The best part about everything is there are no motion controls or reliance on a single Joy-Con to bog this down. Just grab your Pro Controller and play some fun games.

While I think the gameplay feels as good as I remember it, I have some questions about the AI and the minigames. Most of the minigames feel good, but a few have some interesting changes to them. For example, Sneak N Snore from Mario Party 2 requires players to sneak along a pathway in a barrel and hide when the nearby Chain Chomp wakes up. For whatever reason though, hiding in your barrel feels delayed here and not as snappy as before. I have only noticed issues like this in a couple of minigames, so nothing too bad to worry about. As for the AI, there are times they make some straight up stupid decisions. Whether it is Donkey Kong warping away when he is one space away from the Star or Birdo going through the same loop for eight turns, these AI could use some adjusting. Again, nothing game-breaking, but hopefully, some fixes are on the way.

A call for more

While I enjoyed Super Mario Party, my biggest complaint with that game is it never added more to the experience. I am hoping that Mario Party Superstars is different. To put it simply, five boards are not enough. I don’t even care if I would have to pay for more levels to be remade in this game; I would do it. There is such a wealth of great content this game can house, and the best part is it doesn’t have to be secluded to the N64 generation. The Nintendo fanbase has never desired GameCube content more than it does now. We’re not likely to get a GameCube library of games on the Switch any time soon, so working in at least some of those classic Mario Party 4, 5, 6, and 7 boards just makes sense. When we start talking about sense, though, I lose a little faith in Nintendo.

For the first time in well over a decade, I am feeling good about Mario Party. Superstars is exactly the celebration of the series that we wanted when Top 100 was vomited onto your 3DS. It took them way too long, but the game feels great, it celebrates its history right, and the online is even pretty decent. I don’t care if you grew up in the ’90s or not; if you are looking for a fun multiplayer game to play with friends or family, Mario Party Superstars should be right at the top of the list.