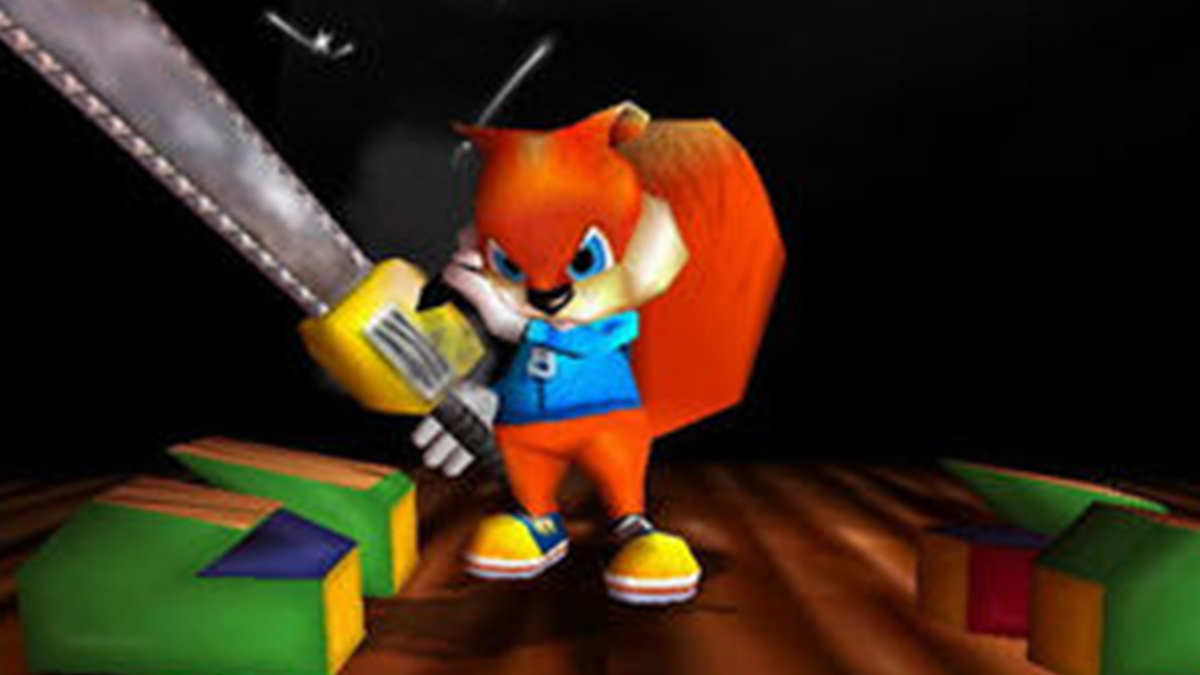 It finally happened: Nintendo 64 games have been added to Nintendo Switch Online with the Expansion Pack. The pricing for the upgrade will cost you extra, but it includes nine N64 classics including Super Mario 64, Mario Kart 64, and The Legend of Zelda: Ocarina of Time.

That number is only going to grow, as the overview trailer also featured Banjo-Kazooie, Majora’s Mask, Mario Golf, Paper Mario, and more. But there are still some notable omissions among the names that Nintendo has confirmed, so here are 10 more Nintendo 64 classics we’d like to see added to the service.

If Banjo-Kazooie is coming, why not the sequel? Banjo-Tooie built upon everything from the original game by letting you use every single move from Kazooie at the start of the sequel and expanding the world. Where the first game was set inside Gruntilda’s Lair, the second opens up the full Isle O’Hags, which contains fun levels like the ancient Mayahem Temple, the cavernous Glitter Gulch Mine, and even a series of islands in the sky known as Cloud Cuckooland. The bear and bird also get plenty of new powers and transformations across these locales.

Nintendo Switch Online includes a family plan, and adults are just as much part of the family as their kids — why not something for them? After the Banjo games, developer Rare created Conker’s Bad Fur Day, an M-rated platformer full of pop culture references. Conker’s Bad Fur Day includes parodies of Terminator, The Godfather, The Matrix, and many more. One of the most iconic scenes skewers Saving Private Ryan, as Conker storms a beach with a bunch of squirrels who quickly meet their end. It’s funny, it’s bloody, and it features an iconic boss fight against a giant pile of poo.

The Nintendo Switch Online Expansion Pack features online multiplayer for games like Star Fox and Mario Kart, and Diddy Kong Racing would fall right into the same category. In fact, many fans consider it superior to other kart racers of the era, thanks to letting you race in a car, raft, or airplane. There’s also an overworld that connects its five worlds, each of which sport four tracks for you to race around. This game also includes the first appearance of both Banjo and Conker, so it would be a nice family reunion too.

Speaking of online play, GoldenEye 007 is simply begging for it. This classic introduced a generation to competitive shooters — and made that same generation collectively loathe Bond villain Oddjob for being too shoot to actually shoot on-screen. With a Nintendo Switch Online inclusion, GoldenEye could teach a whole new group of kids about “slappers only” fights. Plus, with gamepads like the Switch Pro Controller, we won’t have to plug in two controllers in single-player mode to get that dual-stick option.

We might be getting Mario Party Superstars soon, but that’s an amalgamation of the N64 Mario Party trilogy. It has plenty of mini-games and boards from the first game, but not every single one. After playing through the new game, party-goers may want to revisit the original and try the rest of the fun stuff that didn’t make the cut. Plus, joysticks on the Switch Pro Controller and Joy-Cons shouldn’t cause the same blisters that original players got from all the mini-games that required rapid spinning.

If GoldenEye makes the cut, then its spiritual successor should get the same love. A Perfect Dark reboot is already in the works, so Nintendo could capitalize on the hype by including the original. Joanna Dark battles all manner of aliens across the game’s levels using all sorts of weapons, including the iconic Laptop Gun, an assault rifle that looks like a regular old computer at first. Once again, this would be another opportunity for great online multiplayer through Nintendo Switch Online.

How can you launch N64 games on the Switch without including an original console launch title? Pilotwings 64 was a showcase for what Nintendo’s first 3D console could do, allowing you to fly around a variety of environments, including a miniature version of the United States — you can even fly to a Mount Rushmore that features Mario’s head. Each of the game’s six pilots has their own set of skills, so you need to choose appropriately based on the flight challenges you’re trying to complete. What a classic.

We know that Pokemon Snap is coming to Nintendo Switch Online, but it’s not the only classic Pokemon game from the era. Pokemon Stadium allowed trainers to compete against Gym Leaders and each other by building special teams from the Kanto region Pokedex. Online play is the perfect way to let players battle each other remotely, and the original’s Game Boy compatibility could be updated to work with Pokemon Home. There’s potentially some strong synergy with Let’s Go Eevee and Pikachu, which are based on the original Yellow version.

Star Wars Episode 1 Racer actually received a new coat of paint when it re-released on Switch and other platforms, but why not let us try the original too? Taking cues from the kart racers of the time, this podracing game features Anakin Skywalker and other (far less popular) pilots zooming along tracks from the Star Wars universe. F-Zero X can be seen in the Expansion Pack trailer, and while that game is certainly comparable to Episode 1 Racer, it’s just not quite the same — all due to respect to Captain Falcon.

Just like Pilotwings, Wave Race is one of the games that first showcased the Nintendo 64’s leap to 3D graphics — it was referred to as “F-Zero on water” for a reason. Plus, it was the very first racing game on N64 at all, so it deserves some respect. Races, stunts, and time trials were all staples of single-player, and of course, you could compete against other players too. Again, that sounds like a great online racing experience. At least it’s available on the Wii U Virtual Console.