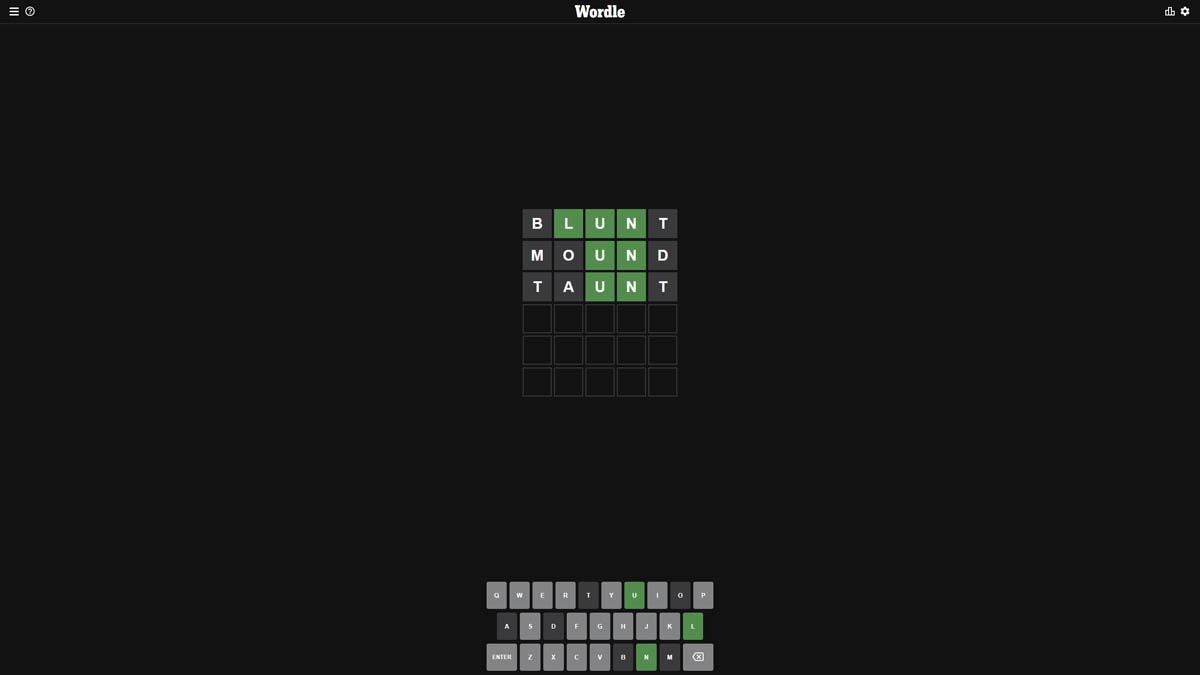 Having trouble with today’s Wordle? With only six tries to guess the right five-letter word, it can be difficult to come up with different words when you only have a few hints.

Today’s hints are that the third letter is a U, while the fourth letter is an N.

There are many words that could fit those descriptions, here is a list of common words where the third letter is a U, and the fourth letter is an N:

Here are some tips to make the most of this list:

With these tips, you are closer to solving today’s Wordle without much of an issue!