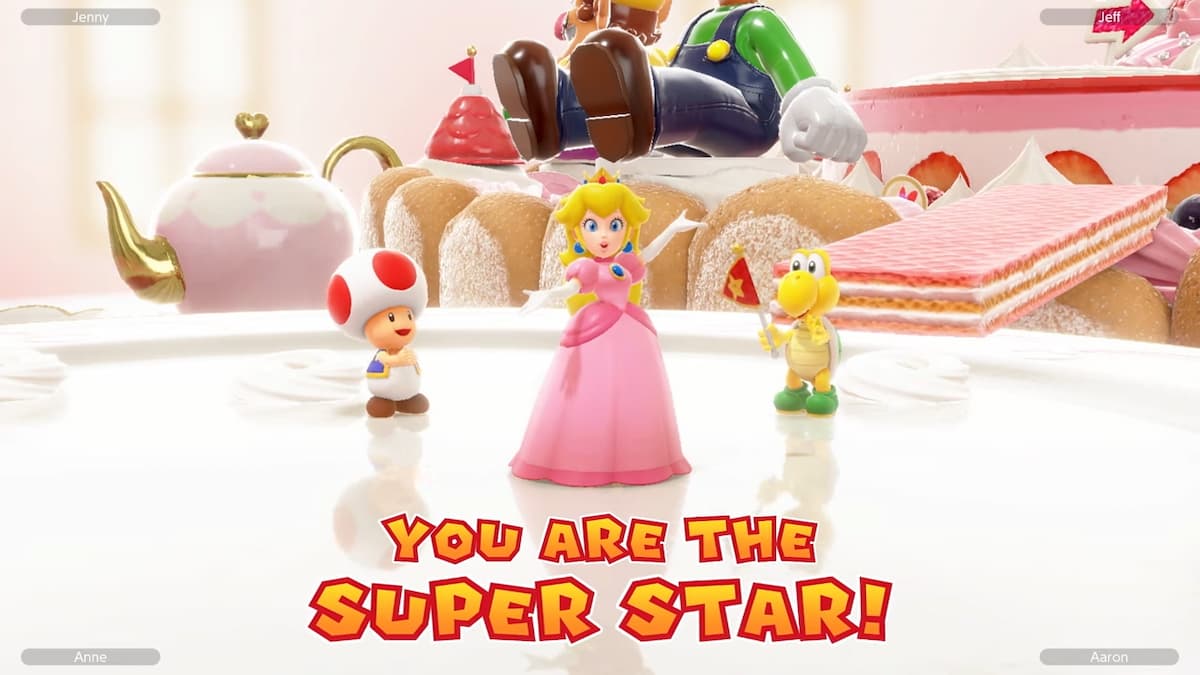 Mario Party Superstars looks back on the beginning games in the long-running series’ history and picks out some of the most memorable boards and mini-games to be featured. While it may be odd that only the Nintendo 64 games are exclusively being celebrated here, it is great to see Nintendo acknowledging how much those early games are still adored by kids that grew up with them. Five boards may not be many, but playing updated versions of these locations will be tons of fun and be one of the best party games to come out in 2021. Here are all of the boards returning in Mario Party Superstars.

Horror Land is a map featured in Mario Party 2 and has a day and night mechanic. There is a King Boo statue that does nothing during the day, but at night coming across it and he will steal multiple stars or more coins than usual from other players. There are Thwomps thrown around the board that will cause you to pay a toll to pass or block whatever path you take without paying the toll. At nighttime, they can not move at all and force the players to take the other path.

Peach’s Birthday Cake was one of the maps included in the very first Mario Party game. Players roll their dice on top of a pink cake and traverse in a circular motion around the spaces. This is one of the smallest boards to come out on the Nintendo 64 games, so you will cover a lot of ground quickly, and there is quite a bit of an RNG factor, as you would expect in Mario Party. It appears, though, that the development team has altered it to make it a better experience.

Initially, before you could purchase a star, you had to plant a seed in the cake. The plant that sprouted up would let you know if you could go see Toad or Bowser. If you got Toad, you could buy a star, but you were forced into losing 20 coins if you got Bowser. The early look at the board seems to show more of a player choice path, but we will update this post when we know more about how it plays.

Space Land is one of the most popular boards to play from Mario Party 2. You traverse a giant space station with many pathways. In the center of the map, a countdown will lower by one number every time a player passes over it. When it reaches zero, Bowser will fire a beam across the path in front of his gun that will take away all coins from any player in its way. Additionally, if you land on a question mark space, you will be chased by a Thwomp speeding around the area in his car. If a player pays to have the police force patrol the area, anyone running from the vehicle will be chased further away.

Woody Woods comes from Mario Party 3 and features some Monty Moles who will pop up and change the direction you can walk on the board randomly and when you land on Happening Spaces. Additionally, you can get an additional roll or extra coins by landing in front of the tree, Woody. No changes to the board have been outlined by Nintendo as of this writing.

Yoshi’s Tropical Island comes from the first Mario Party and features two islands that you travel between as you hunt down stars. Landing on Happening Spaces will cause a giant fish to come up and steal Toadette away and put Bowser in her spot. On the bridges between the two islands are Thwomps that you will have to pay a toll to to cross. Traditionally, this was a pretty tame map when it came to wackiness, so it will be interesting to see what, if any, changes are instituted to make it more interesting.