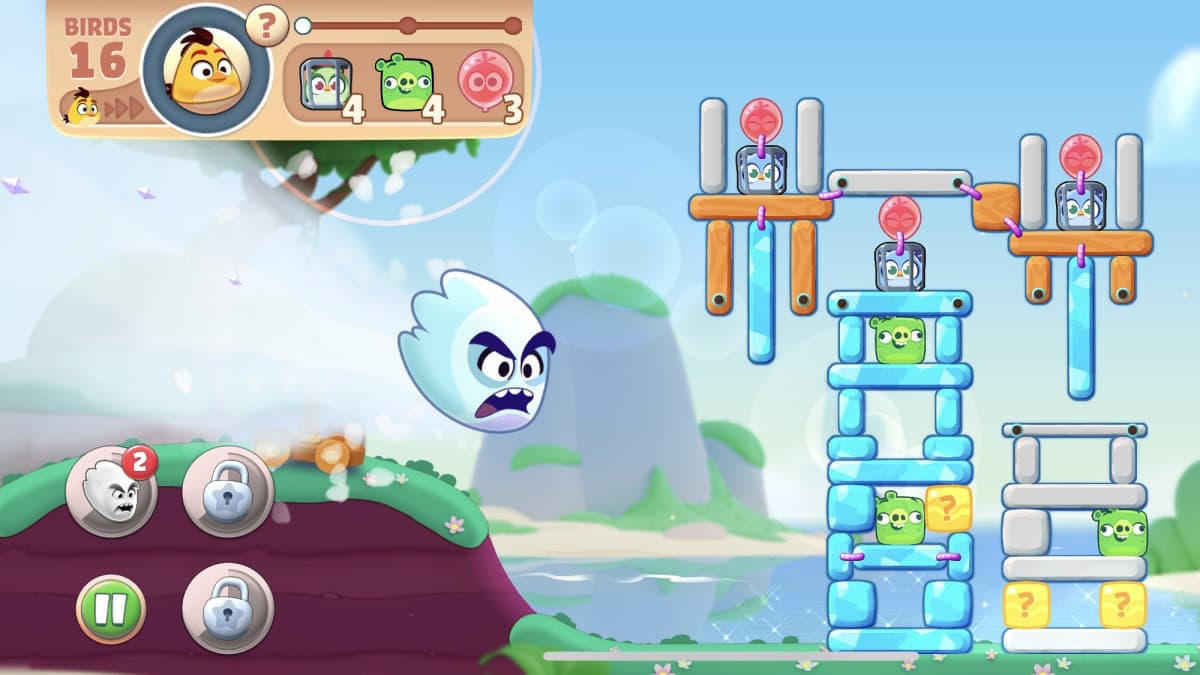 Although every bird you unlock provides their own unique move, Angry Birds Journey also includes a new gameplay mechanic that lets you destroy sections of a stage without even having to fling a single bird. This ability is known as a booster effect and can only be unlocked after beating the later stages of Chapter 1. Here’s every effect you can own in Journey and what they do.

The first effect you’ll have is the Chilling Wind booster. Once you’ve completed level 39 in Chapter 1, this ability will turn each piece of material in a given stage into glass. As a result, your birds will be able to smash through structures much easier than before, allowing you to finish off stages with fewer birds than you otherwise would have.

Secondly, at level 42, players will have control of the Duckling Rain booster effect. This effect should mainly be used when you need to destroy blocks high in the air, as it activates a barrage of ducks to attack a stage from above. It is also an excellent tactic when looking to free balloons or hatchling cages that are attached to hard-to-reach ropes.

While Duckling Rain is perfect for attacking from above, the Flower Sprouts effect should be utilized when looking to destroy structures from the ground floor. Unlocked at level 44, this booster powers you with an army of flowers that spring up from the grass to eliminate most of the bottom of structures. The move proves most useful when attempting to free fireflies stuck underneath materials or when you are trying to hit a mystery box.

Related: What does the Anger Meter do in Angry Birds Journey?