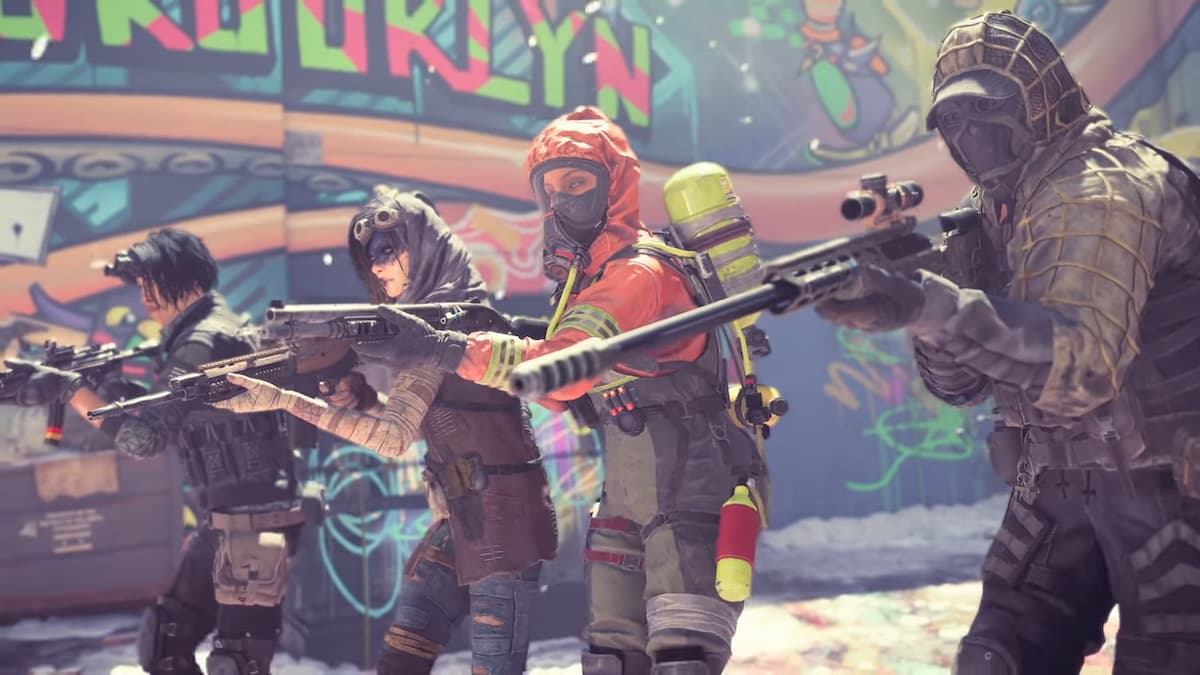 Tom Clancy’s XDefiant is Ubisoft’s latest attempt to merge their IP into the free-to-play market. The title integrates different aspects of previous Tom Clancy games and puts them against each other in 6v6 action. One of the most recognizable crossover opportunities here is the addition of Factions, which you would probably most recognize as another word for classes. These factions are made up of original characters, but they represent other games. Here are all of the Factions in Tom Clancy’s XDefiant.

Cleaners are from the Division series and work to eradicate the Dollar Plague by burning everything. They also bring this mindset to getting rid of their enemies and are the assault or damage class. They have brought their flamethrowers and a turret to the battlefield in XDefiant.

We will update this post when we know more about the Cleaner’s gameplay abilities and other features outside of their flamethrowers.

Echelon is a support class from the Splinter Cell series that is familiar to Sam Fisher. They are a counter-terrorism special operations team that deals in intelligence and uses their high-tech spy equipment to take out threats to the country.

We have seen Echelon activate those goggles, making seeing enemies much easier by marking them red in a green environment. It also looks like they can cloak themselves for a short duration to sneak around enemies. We are not sure how they will support other players as of this writing.

The Outcasts are the second Faction coming from the Division series and are set to be healers in XDefiant. They are called Outcasts because when the Dollar Plague started, they were forced into a poorly managed quarantine on Roosevelt Island. Because of these poor conditions that took the lives of many, they look to get revenge on society.

All we have seen from the Outcasts as of this moment is them deploying a gas that could possibly heal teammates that get in the radius and activating an area of effect ability that covers teammates in green lights. We will update this post when we know more about these abilities.

The Wolves are the tank class of the game, made their debut in the latest Ghost Recon game, Breakpoint, led by Jon Bernthal’s character Lieutenant Colonel Cole D. Walker. The Wolves are a group of former Ghosts and other special forces that take advantage of some high military-grade drones that aid them in combat.

At this point, we haven’t seen much on them outside of them putting out a shield dome that moves along with the Wolf player and a smaller stationary shield. Teammates can shoot through the shield, and it appears blue for your team and red for the opposition, much like in Overwatch.

Ubisoft has promised that more characters will be added to the game, although it is hard to say whether they meant new Factions will be available or are only planning to add to those already here. If any more are added, we will update this article.