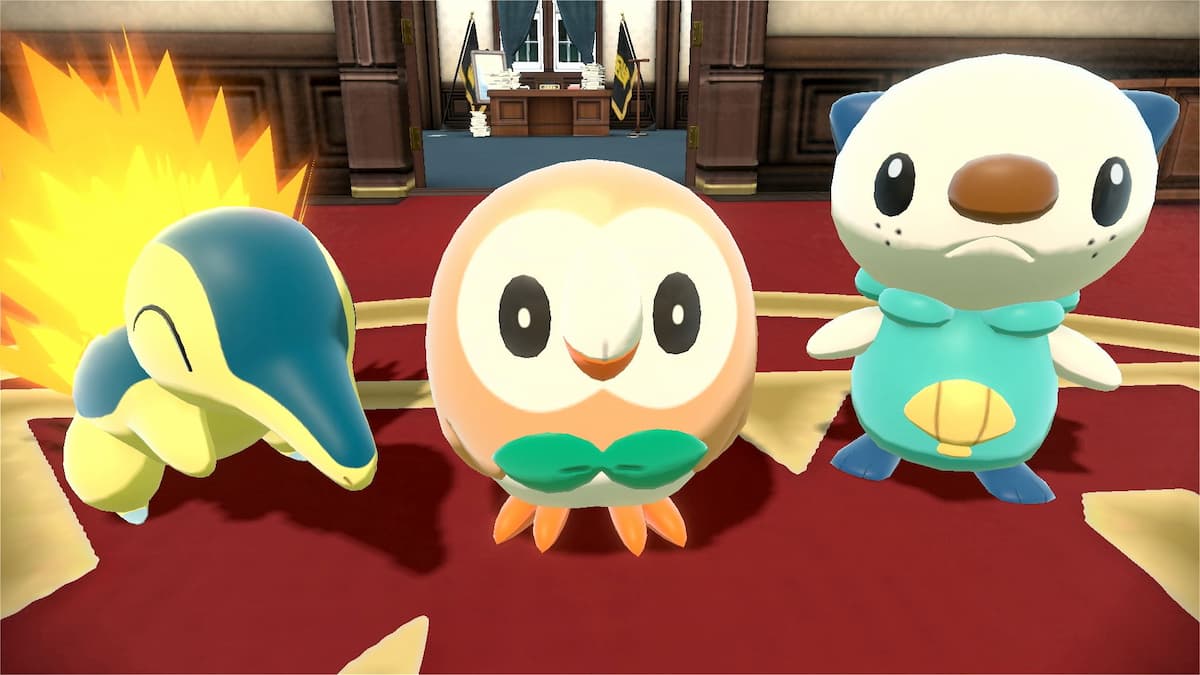 Pokémon Legends: Arceus brings three more starters that players will need to choose from. An important part of that decision will be their final evolutions. As Pokémon gain experience and levels they will evolve, and all starter Pokémon have three different stages of evolution from their first form when players get them, to their third and final form.

To begin exploring the early day Sinnoh region, known as Kisui in the game, players will have the chance of picking from Cyndaquil, Rowlet, and Oshawott as their starters.

Cyndaquil’s final form is Hisuian Typhlosion. It is a Fire or Ghost-type.

Pokedex Entry – Said to purify lost, forsaken souls with its flames and guide them to the afterlife. I believe its form has been influenced by the energy of the sacred mountain towering at Hisui’s center.

Pokedex Entry – The air stored inside the rachises of Decidueye’s feathers insulates the Pokémon against Hisui’s extreme cold. This is firm proof that evolution can be influenced by the environment.

Oshawott’s final form is Hisui Samurott. It is a Water and Dark-type.

Pokedex Entry – Hard of heart and deft of blade, this rare form of Samurott is a product of the Pokémon’s evolution in the region of Hisui. Its turbulent blows crash into foes like ceaseless pounding waves.