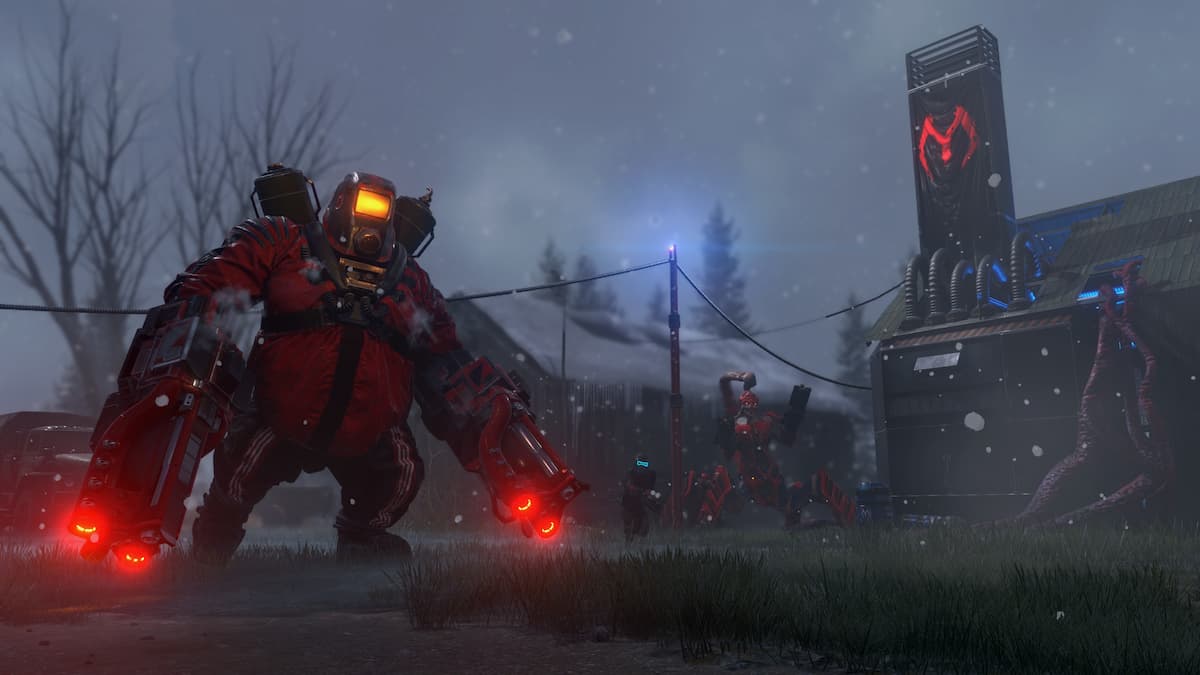 Guns alone won’t save you from a literal horde of ~500 Beheaded Kamikazes. Sam will need all the help he can get, and that’s where these handy gadgets come in. Some are limited, some are replenishable, but all have important effects that can turn the tide of battle. Here are all of the gadgets in Serious Sam: Siberian Mayhem.

Time Warp creates a large bubble centered on Sam upon activation. This bubble essentially provides Sam with about 30 seconds of bullet time, allowing Sam to move at normal speed while every other enemy moves at about 25% normal move and attack speed. This gadget is useful on hordes of enemies in tight corridors, but you can only find a few of these in the game, so use them wisely.

The Rage Serum is a temporary buff that increases Sam’s damage resistance, speed, firing rate, and damage for a short time. This item can be found at several points in the game, typically in hidden caches or side-areas, but it’s worth stocking one or two for boss fights or massive horde encounters.

L.I.F.E is a portable potion that instantly replenishes 60 HP for Sam, and can overheal Sam beyond 100 HP. This gadget is the most common in the game, and you can typically find these off the beaten path or in hidden caches — very handy to have if you’re low on HP and can’t find a Health or Armor refill.

The T.A.C.T. calls in fire support from satellites in space, dropping a ton of wide-area missiles in the zone to eliminate enemies. You only get a few of these in the entire game, and they do not work underground — you must have open sky for the T.A.C.T. to fire.

The Black Hole is your “I Win” button, instantly killing all non-boss enemies in a nearly map-wide radius. You can obtain two, and only two, in the entire game — from a side-mission through the bunker in Stage 3. This gadget is so useful, that there’s an achievement for using it to clear out the three-tiered horde encounter in Stage 4’s Train Depot.

The Hacked Drone is a fire-and-forget gadget. The drone will passively attack enemies near you, targeting the first enemy it sees until the enemy dies. The drone only lasts for a short while, and you can find a handful of these throughout the game. The Hacked Drone is probably best used for boss encounters or encounters featuring many large enemies.