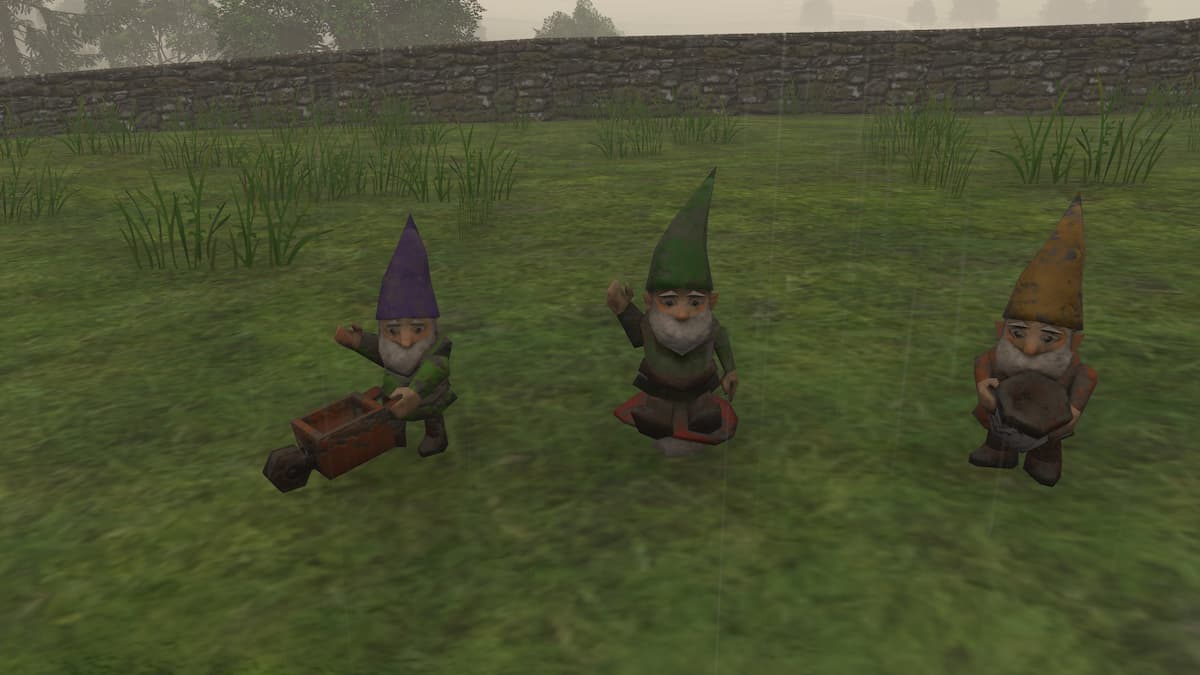 The Heritage of Rudman White is a main story quest in The Good Life that tasks players with lining up three gnomes along a specific pathway. This quest is part of the C route, which is initiated by checking the town registry after a major event happens revolving around Elizabeth.

After beginning this story route, your first quest involves finding and placing three gnomes along the path to the White residence before William Dickens passes by. It’s an urgent quest, meaning you can’t take on any other main quests or side quests until completing it. Because you’re on an invisible time limit, read our guide to find the gnomes without wasting time.

To find the second gnome, backtrack to the town hall. Take notice of a house across from the hall with an open gate. Walk through the gate and the gnome is to your right. You should have a good view of town hall from its location.

The third gnome is next door to the gnome you just found. The house beside the second gnome’s location also has an opened gate. The gnome is just straight ahead of the open gate in front of the shed.