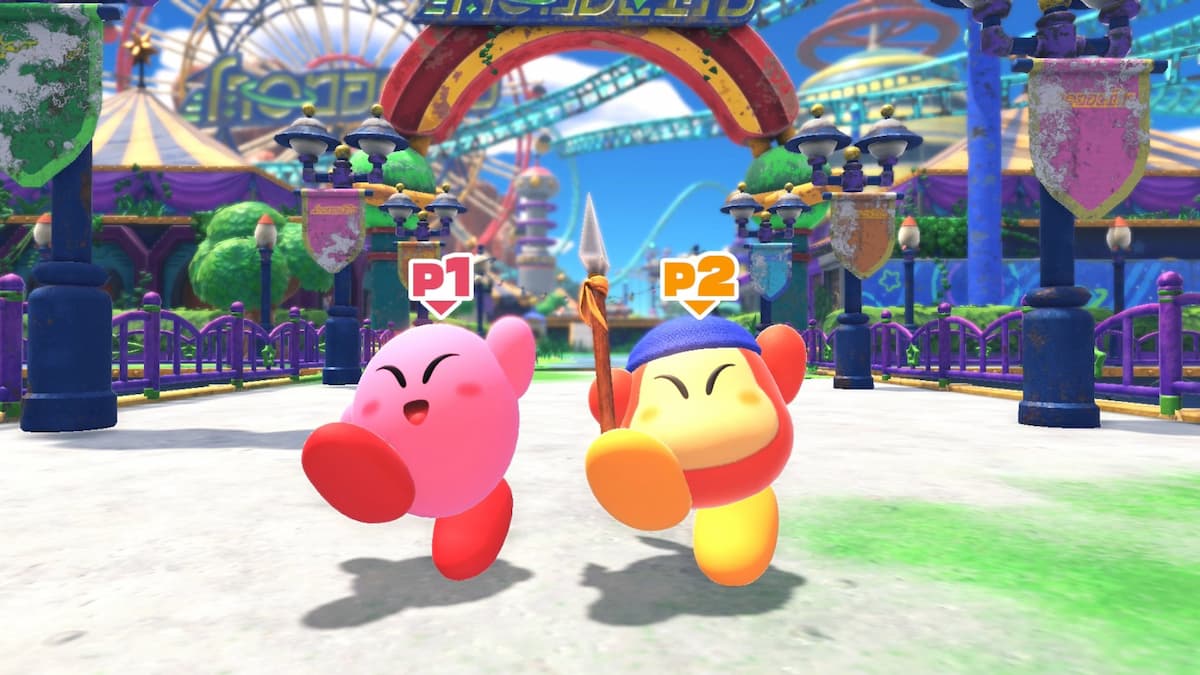 The more Waddle Dees you find in Kirby and the Forgotten Land, the more you’ll be able to upgrade Waddle Dee Town, which also means you’ll unlock new gameplay options as well. Every level has its own set of hidden Waddle Dees, and you only stand to benefit from finding all of them. Fast-Flowing Waterworks packs a whopping five hidden Waddle Dees; here’s where you can find each of them.

The first hidden Waddle Dee is found on the stream you’ll float down early in the level. You’ll have to go through a set of rings surrounded by Gordos to get to it, and it will be inside the second ring. As you approach the rings, you can jump to halt your forward momentum, which will allow you to line yourself up just right to go through the rings without taking any damage.

Shortly after grabbing the first Waddle Dee, you’ll be ambushed by a bunch of enemies. Once you defeat them, you’ll see several streams of water ahead of you. Keep to the right as you move forward, and you should see a bomb cube. Hit this cube, and it will blow up a bunch of blocks on the left side of the area, revealing a hidden path.

Head through the path, and you’ll be able to inhale a ring light to take on the Ring Mouth form. Board the boat in front of you, and you’ll arrive at an obstacle course, with a captive Waddle Dee at the end of it.

The obstacle course requires you to break through various walls to get to the end, but some walls lead to dead ends. To complicate things further, you only have a limited amount of time to get to the end of the course before the Waddle Dee disappears.

To save you time, here are the walls you need to break to get to the Waddle Dee:

At the end of the course, you’ll have to charge through three large enemies, as well as two breakable blocks. After you do that, just grab the Waddle Dee.

About halfway through the level, there will be multiple sets of stairs for you to inhale. At one point, you’ll see a bunch of burning barrels on a high-up platform. Hit the switch below the barrels to activate a bridge.

Now, inhale the set of stairs on your left, and move it across the bridge to the other side. Place the stairs on the switch at the end of the bridge, and the gate above will pop open, revealing the third Waddle Dee.

You’ll find #4 right behind #3, but you’ll have to work through another puzzle involving stairs to get to it. To the right of where you found #3, you should see a narrow bridge with some burning barrels on it. Use Kirby’s ice form to get rid of the barrels, and then inhale the stairs on the other side.

Bring the stairs across the bridge, and rest them on the two switches to your left. The gate containing Waddle Dee #4 will open, allowing you to rescue it.

The last Waddle Dee is found near the end of the level. Towards the end, you’ll start going through rooms featuring large whirlpools. In the last one, you’ll see a Waddle Dee floating helplessly above a whirlpool. On the right side of the room, you should see a switch at the top of a platform. Hit it, and a bunch of floating platforms will appear, allowing you to snag the final Waddle Dee.