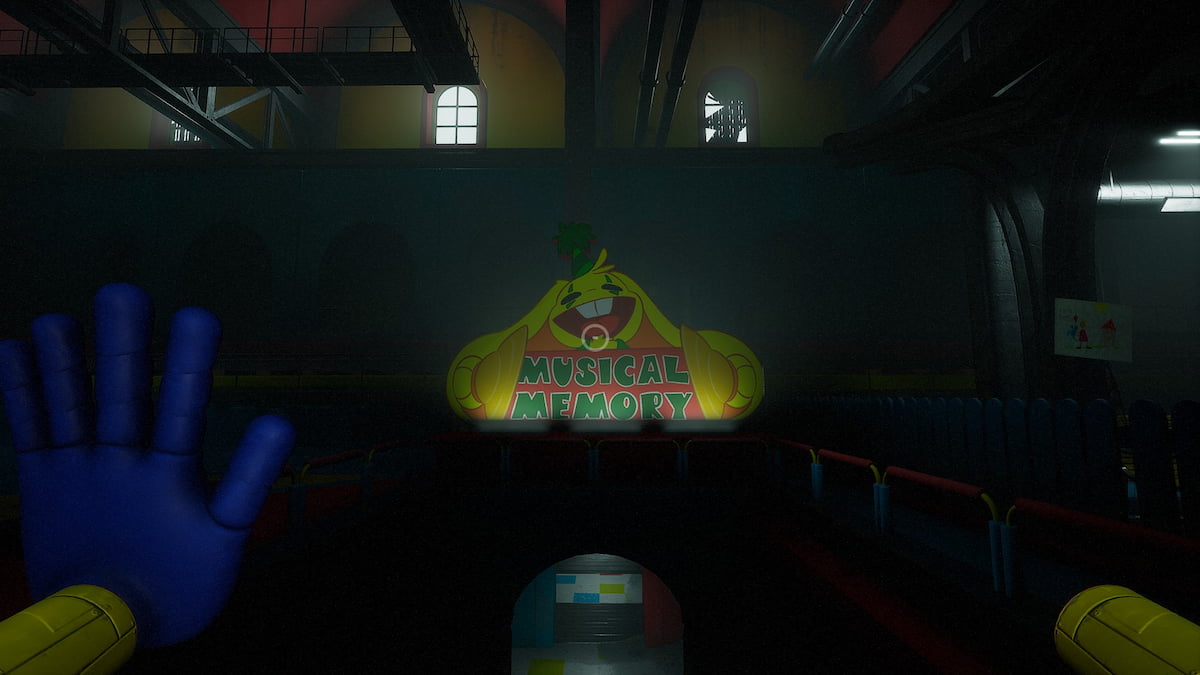 A handful of notable jumpscares occur during this chapter, but these are some of the more notable ones that stuck with us the most.

As the primary adversary of Chapter 2, Mommy Long Legs has the most notable jumpscares in this section. While the build-up to her terrifying hide-and-seek game is intense, the multiple times she’s chasing you while attempting to make your way back to the train station make her a nightmare to evade. When she catches you, her voice and animation are genuinely terrifying, making her the best jumpscare of Fly in a Web.

The next jumpscare comes PJ Pug-a-Pillar, a patient caterpillar slowly chasing after you during the Statues game. It’s the combination of the game you’re playing and the slow buildup of PJ slowly creeping up behind you. If he does catch you while the lights are on, you can see the complete terror of this creature when it attacks you. What did it for us was the slow creeping of his movement as he trials after you in the Statues game. The build-up was well executed to make his jumpscare all the more terrifying.

In the second game, Wack-a-Wuggy, we have the miniature Huggies slowly creeping out after you as they climb through the chamber. The room is nearly pitch-black, and all you can hear is their claws as they dig into the surface, ready to pounce after you. During this section, the Huggies slowly ramp up to where they’re nearly about to leap out from the darkness to grab you before the game ends, but if one gets lucky and catches you, you’ll see the ferocious teeth of these creatures before everything goes black.

Like the PJ Pug-a-Pillar jumpscare, this one had a good build-up because of its game and time crunch.

Bunzo Bunny did the final jumpscare that ranks the lowest on this list. You encounter Bunzo during the first game you play, Musical Memory. You need to hit all of the buttons in a correct sequence during the game, forcing Bunzo to climb back up above you. Bunzo will slowly drop down to you as you play the game, and if you get it wrong, he’ll continue to drop before he reaches you. As Bunzo gets closer to you, his clapping cymbals ramp up and get closer. However, this jumpscare didn’t quite stick the landing as the others did later in Chapter 2.

It was best that Bunzo Bunny was first, making the others on this list a real treat to have as the jumpscares became more intense as we progressed through Chapter 2.