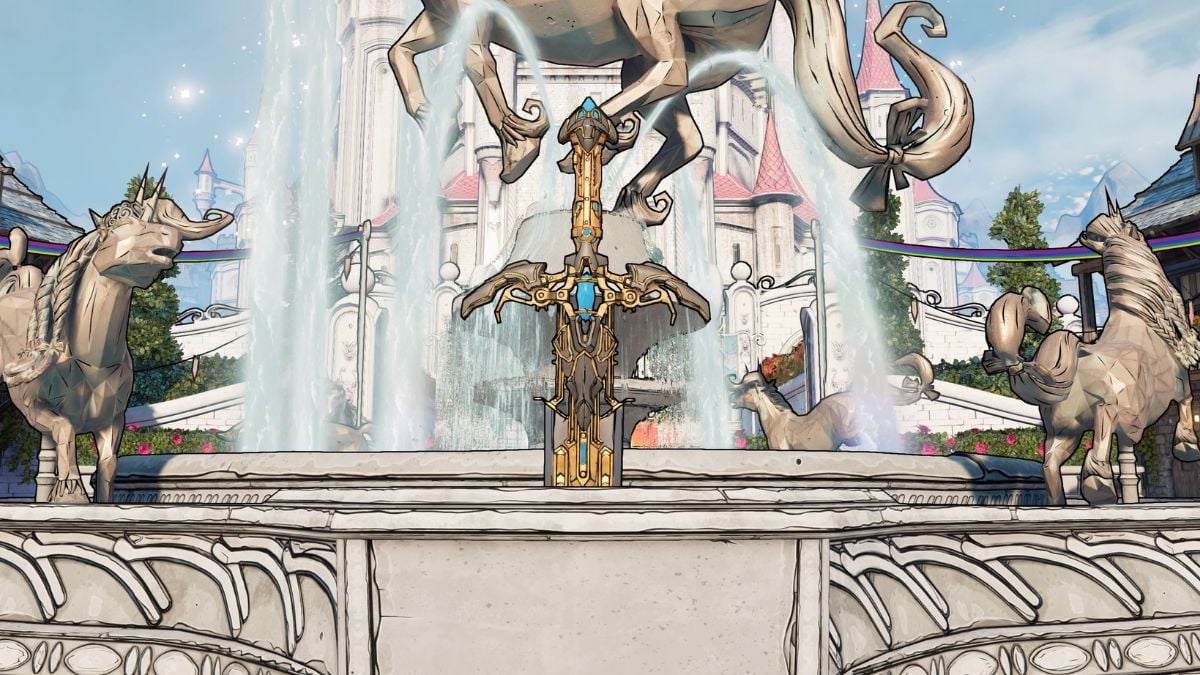 There are plenty of collectibles hidden around Tiny Tina’s Wonderlands, and the hub city of Brighthoof is no exception. This de facto home base also contains Poetry Pages, Lost Marbles, and yes, Lore Scrolls. Note that we found these Lore Scrolls after we had progressed the main quest through the “Ocean of Emotion” main quest. Because of this, the scrolls may not be available before that point, and the guide will contain some story spoilers.

This Lore Scroll can be found at the location shown on the map below. Simply head to the balcony on the large building at the docks to pick it up.

This scroll is hiding in a small room at Izzy’s Fizzies, which is marked on the map below. You’ll have to head up the stairs to the second floor to pick it up.

The last Lore Scroll is behind a wall that you’ll have to destroy. To do this, you’ll need to fire a cannon on the docks, at the location marked on the map below.

To fire the cannon, shoot the glowing red barrel that’s hanging off the edge of the dock. Keep an eye on where the cannonball flies, so you have an easy time finding the secret room it opens up. The explosion might disturb a few enemies though, so be prepared to face some resistance when you head over to pick up the scroll.

Related: How to open the gate in Brighthoof in Tiny Tina’s Wonderlands