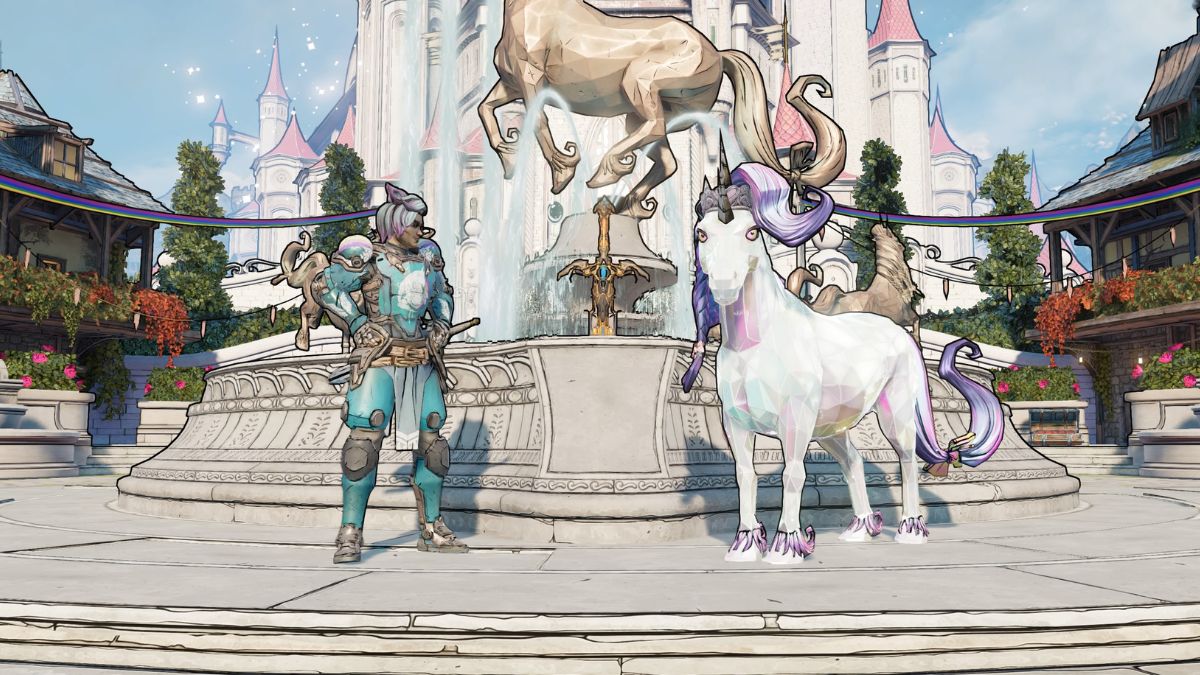 With all the collectibles hidden around Tiny Tina’s Wonderland’s, it’s easy to miss a few during your adventures. Wargtooth Shallows are no exception either, with items from Lost Marbles to Poetry Pages lurking around nearly every corner. If you’re looking for any of the four Lore Scrolls in Wargtooth Shallows, we’ve got directions for you.

This scroll, which can be found at the location marked below, is pretty easy to pick up. It’s in a small side area, but all you have to do is defeat a couple of enemies and then grab it for yourself.

This scroll, which is at the location marked on the map below, is also pretty simple to collect. It’s off the main path again, near the entrance to some ancient ruins.

This scroll takes a bit more work to find, as it’s hidden behind a destructible barrier near some shipwrecks. To unlock it, you’ll need to hit it with a shot from the cannon shown below.

There are a few cannons in this area, so be sure you’re using the one at the location marked on the map below. To reach it, you’ll need to use the purple jump pad nearby before jumping between a few platforms. Once you reach it, simply shoot the glowing red barrel to light the fuse. Be sure to keep an eye on where the cannonball flies so you can find the scroll more easily.

This scroll, which can be found at the location shown below, is another easy one. It’s in an optional area again, this time the one where you’ll find Wargtooth Shallows’ Rune Switch.

Related: How to complete the Raiders of the Lost Shark side quest in Tiny Tina’s Wonderlands