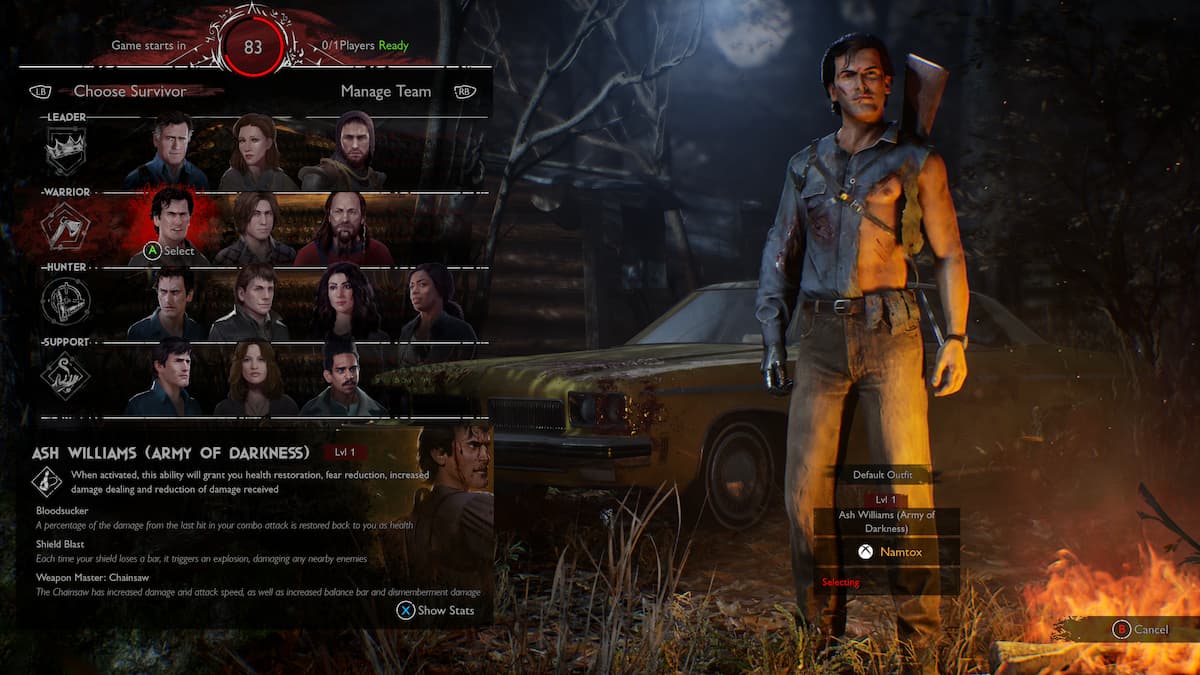 Evil Dead: The Game is Saber Interactive’s latest entry in the license zombie game genre that they are leading the pack in. Four players can play as several survivors from the Evil Dead universe and face off against an AI or human-controlled demon. Each survivor packs unique skills and powers, but not all are available up front. This guide will explain the missions and what they unlock upon completion.

If you love someone, set them free…with a chainsaw

The opening mission of Evil Dead: The Game is a doozy. These missions are long and consist of five chapters per mission. These challenging missions contain no checkpoints and can take up to an hour to complete. If you fail at any one stage, you will have to restart the entire mission from the beginning. These are the rewards for mission one.

Mission three will feature demons in heavy numbers. This mission is on the higher end of difficulty, as Amanda has no ability to heal or mitigate damage.

It’s not gonna let us go!

This mission is tough and will require careful use of Pablo’s support abilities to survive. His ultimate and shield regeneration is key to enduring all five chapters without a single death.

This is the final campaign mission and, without a doubt, the hardest. To complete it, you will need to use all the skills and tactics learned thus far. Arthur has potent melee attacks. Use his dodge and counter, or else this mission is nigh impossible.

The mission select screen contains a sixth and mysterious coming soon mission node. The developers haven’t stated anything about this mission. It may just hint at possible DLC or a secret mission that has yet to be unlocked.