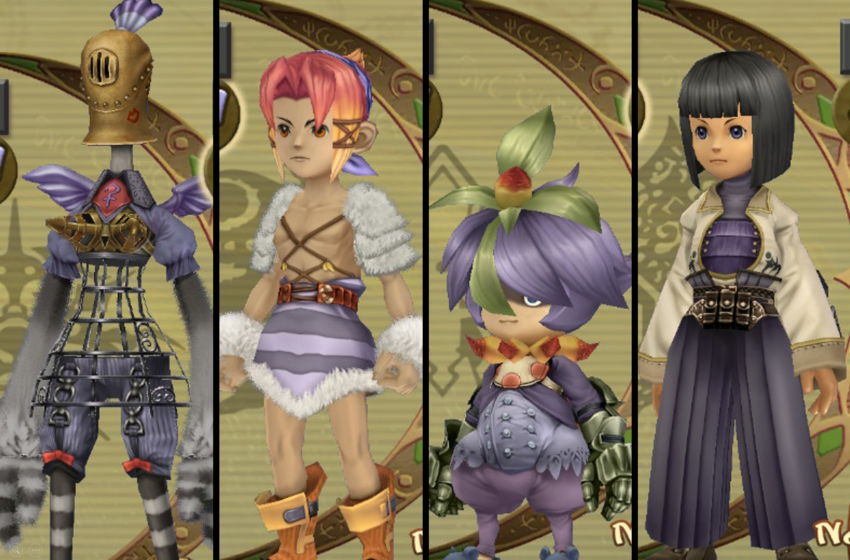 There’s no doubt that one of the most fun elements to starting off a Crystal Chronicles file is that you get to choose a character that represents you. While the remaster hasn’t completely overhauled the character skin selection, it has added two new skins for each race, being one for each gender option.

This is a whole of eight new character skins, joining the existing 32, which have never been seen in Final Fantasy: Crystal Chronicles. Some skins are better than others, but just the fact that we have any new skins at all is exciting. The remaster is proving it wants to be more than just a simple rehashed nostalgia machine. Here’s a look at all of the new options.

The skin here that really caught our eye is the male skin. It’s the most effeminate male Clavat we’ve seen and is extremely reminiscent both in color and style of Haku from Hayao Miyazaki’s Spirited Away. The female Clavat is cute, too, though, and the pink hair is a nice touch.

The Yukes have always been a strangely unique set of designs. The male skin here isn’t much to write home about, but the caging on the female Yuke skin is extremely cool. That said, those pointy armor boobs weren’t a good design in 2003, and they aren’t a good design now.

These skins are both great. The female Selkie’s adventurer eye-patch look gives her some serious DnD-type vibes, and the male Selkie’s look is absolutely stunning. He’s the same type of Selkie as Gnash and Bal Dat, two male Selkies pictured in other games in the series.

Overall, we got some okay new skins and some great new skins. Will you be choosing one of these, or sticking to the classics?