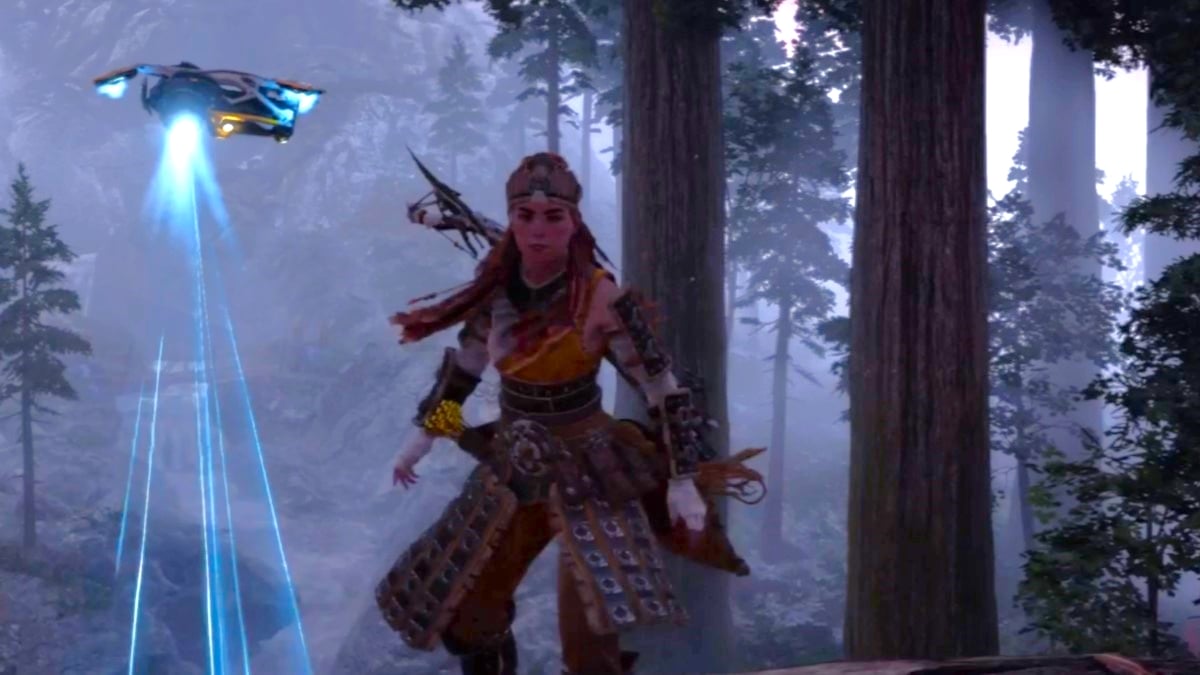 Horizon Forbidden West is full of mystery and danger, but, more importantly, it is full of side quests. One of those side quests will have you guiding Aloy as she explores ancient buildings and attempts to uncover the secret treasures hidden within. These Relic Ruins are dotted across the map, stretching from both sides, so it will take you most of the game to complete them all. Doing so, however, nets you valuable materials and experience to keep pace with the machines and enemies you’ll find along the way.

If you’re struggling to find all the Relic Ruins in Horizon Forbidden West, then we’ve got a couple of handy maps to check out as well as directions on how to find each one. It can be easier to find some of them after you’ve gotten some fast travel points unlocked to save you from running back and forth too much.

This Relic Ruin is far to the east on the Horizon Forbidden West map, so it is likely to be one of the first that you find. This one will be in a forest clearing and will consist of several hut-like structures that stick out amongst the natural growth around you. Just head to Point 1 on the above map and you’ll find it without too much trouble.

This is another fairly straightforward Relic Ruin to find. This is where the world begins to open into the Forbidden West. You’ll find a building with most of its walls collapsed, just waiting to be explored. Head to Point 2 on the above map. This one is more out in the open so you’ll be able to see it from further away.

You’ll be able to recognize this Relic Ruin before you reach it; the area around the Restless Weald has several trains and tracks crossing it. You’ll be able to push and pull them with surprising ease since time has rendered them mostly weightless, but these abandoned train cars are vital to solving the puzzles ahead of you. At the center of the train tracks, you’ll find two buildings. Both are collapsing and one doesn’t have much grass around it, so they stand out in the surrounding forest.

This one is a little bit tougher to find. As you head further west, the Relic Ruins are getting slightly more hidden. Head to Point 4 on the above map. You’ll want to approach the point from the west as you need to climb up a cliff to reach the right spot. As you approach, Aloy will comment that this Old World ruin was built into the cliff.

This time, you want to head south until you reach a massive desert. While some of the enemies in this area can be a pain, the terrain does make it significantly easier to find the Relic Ruin. The sand will be spread out around a large circular ruin. Just head to Point 5 on the below map and enter the ruined building that is there.

We’re heading far to the north to reach this Relic Ruin. Go to Point 6 on the below map and you’ll be able to spot it. Visit the campfire on the nearby road and then make your way to the ruined church in the forest.

Head to the southwest to reach Point 7 on the above map. You’ll basically be on the western coast of the map here, so it will be late in the game before you’re able to visit this region. The area will be overgrown with jungle and vines, so keep your eyes peeled for the ruined building that houses this Relic Ruin.

Near the end of Horizon Forbidden West, you’ll get access to the large island off the western coast of the map. When you arrive on the eastern side of the island, you can get the final Relic Ruin at Point 8 on the above map. This one takes the longest to reach but it is also one of the easiest to see because it is the giant building that sticks out among the jungle of the island. Head in and finally finish this side quest, including getting a little bit of help if you need it.