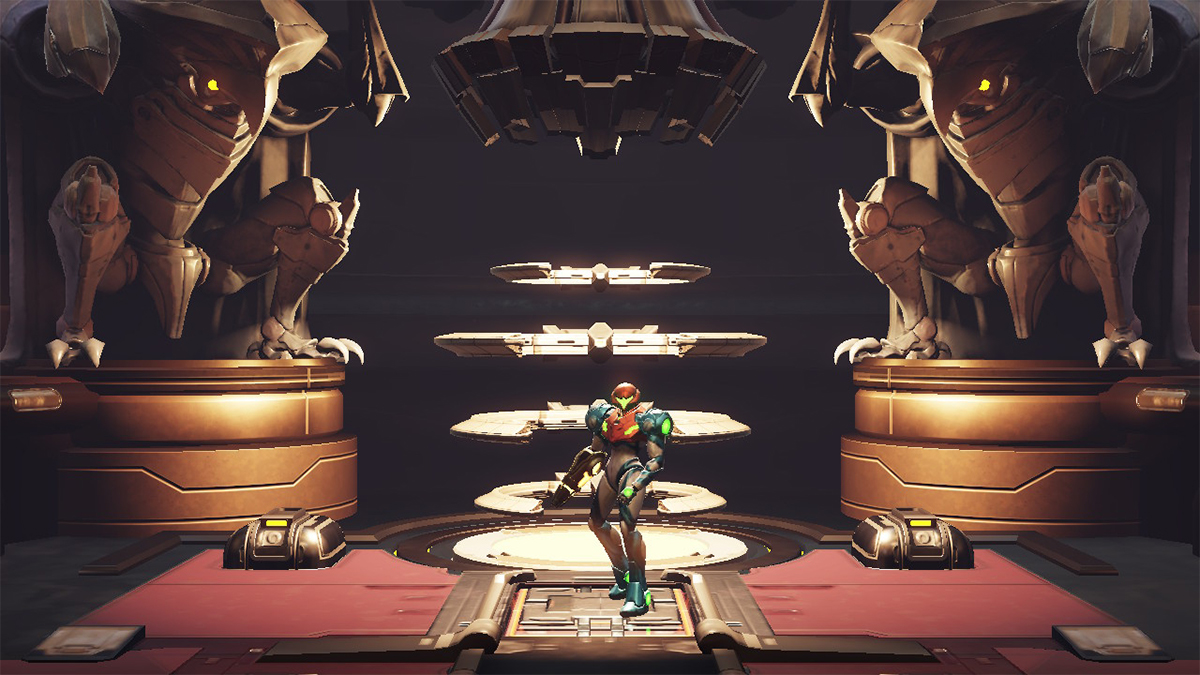 Metroid Dread is pretty good with checkpoints, but you’re still going to want to know how to save your game. Technically, Map Stations and Network Stations provide that once you’ve downloaded the data they offer, but there are also dedicated Save Stations you can find scattered across Planet ZDR too. Step on the platform in any one of these to record your save data.

Save Stations are safe havens, so you’re going to want to know where they’re all located. This guide will help you figure it out.

The game’s first save point is found just after your initial encounter with the broken EMMI. You can’t miss this one, as you’ll reach it by default.

After escaping the proper EMMI Zone, you’ll find yourself in a very flooded room. Move west to find this Station through the next door.

This Save Station is found in the northeastern part of Artaria. There are a lot of volcanic rooms there you can’t deal with at this point in the game, but you only need the Charge Beam ability to reach this room. Start from the Network Station northeast of the EMMI Zone and go through the Charge Beam door at the top-right. There are hidden Beam Blocks in the ceiling of the next room you can shoot through, so do that and hoist yourself up. Head east through the long passage, then drop to the bottom of the next vertical room to find the Save Station on the left.

To find the last Save Station, start from the top of the EMMI Zone. There are some Speed Booster Blocks up here, but once you have that ability, you can cut right through. The Station is at the top of the shaft in the next room – a Shinespark is the quickest way up there.

This is found northeast of the EMMI Zone. You’ll reach it automatically the first time through the zone, since it’s the only exit you can take until you open up the thermal trapdoors.

You’ll need to reach the extreme western end of Cataris to find this Save Station. That requires you to kill the EMMI robot here and steal its Morph Ball ability. Once you’ve done that, you can exit the EMMI Zone from the southwest and roll through the tunnel carved into the statue there. At the end of the passage, shoot some hidden Beam Blocks above the door to the volcanic room and climb up there. Roll some more, then keep heading left to reach the save point.

This is found right after you get off the tram. Use the Spider Magnet ability to climb up and around the room, then you can find some hidden Beam Blocks at the left end of the passage. Shoot them out, drop all the way down, and take the door on the left to enter the Save Station.

You can reach the second Save Station after acquiring the Bomb ability. From the Dairon Map Station, move into the adjacent room the east and start working your way down. Take the door at the bottom left then head to the bottom left corner of the next room. Use a Bomb to ride the Morph Ball Launcher here, then head west to the door in the next room. Once again, make for the bottom left corner and ride the Morph Ball Launcher. The Save Station is found through the next door when you get off the track.

This one’s pretty easy to reach. From the Burenia Network Station, exit to the west and follow the rooms that wind south. You’ll know you’re close when you pass a vertical Magnet Spider lift followed by a magnetic zip line. Drop down and head west – the next door will bring you to the Save Station.

You can access this after the Drogyga boss fight. In the middle of boss room is a series of breakaway blocks you can fall through, so do that and continue to follow the chambers, using your Grapple Beam to ascend a large shaft. At the top is the elevator to Ghavoran, as well as the Save Station.

The last Save Station in Burenia takes a lot of work to reach – you’ll need the Spider Magnet, Plasma Beam, and Space Jump to get there. Head to the large underwater cavern, the same one you reached on your trip here. Space Jump from the platforms on the right to reach a magnetic platform you can pull out of the way. Loop back around and jump across again, then open the door with a Plasma Beam shot. Follow the path as it snakes down to another large underwater cavern. Once again, use the platforms on the right to Space Jump to the ledge on the left. Head through the door, follow the path up, and take the next door on the left to finally reach the Save Station.

After escaping the EMMI Zone’s upper chambers, you’ll fall down through a large room – it’s the one full of flowers that wilt away after being stood on for a moment. Near the bottom is a Plasma Beam Door between two Spider Magnet surfaces. Head through to find the Save Station.

You’ll need both the Space Jump, Gravity Suit, and Screw Attack before you can access this one. When you have those, start from the Green Teleportal in Ghavoran. Screw Attack through the blue blocks and roll back to the flooded room. Space Jump and Screw Attack up from the water to break through some more blocks, then use the Grapple Beam to open the door up here. Head through, and you’ll find the Save Station on the other end of the door atop the next ledge.

The Elun region has just the one Save Station, and you can’t miss it. You’ll hit it immediately after stepping off the tram from Ghavaron.

Like the Save Station above, you can reach this when you enter Ferenia via the Ghavoran tram. Enter the structure and follow the rooms as they wind south to the EMMI Zone. Exit through the flooded area, move up in the next room, then use Bombs to blow open a hole in the ceiling. Take the right-hand door and continue up the platforms in that direction. The Station is through the next door.

Earn the Wave Beam first, and you’ll be able to reach this Save Station. Use it to exit through the topmost door of the EMMI Zone, and you’ll find the Station on the other side.

There’s just one Save Station in the final zone, and you can’t miss it. When you step off the pod from Hanubia, start following the only path forward – it’ll lead you right to the game’s final Save Station.