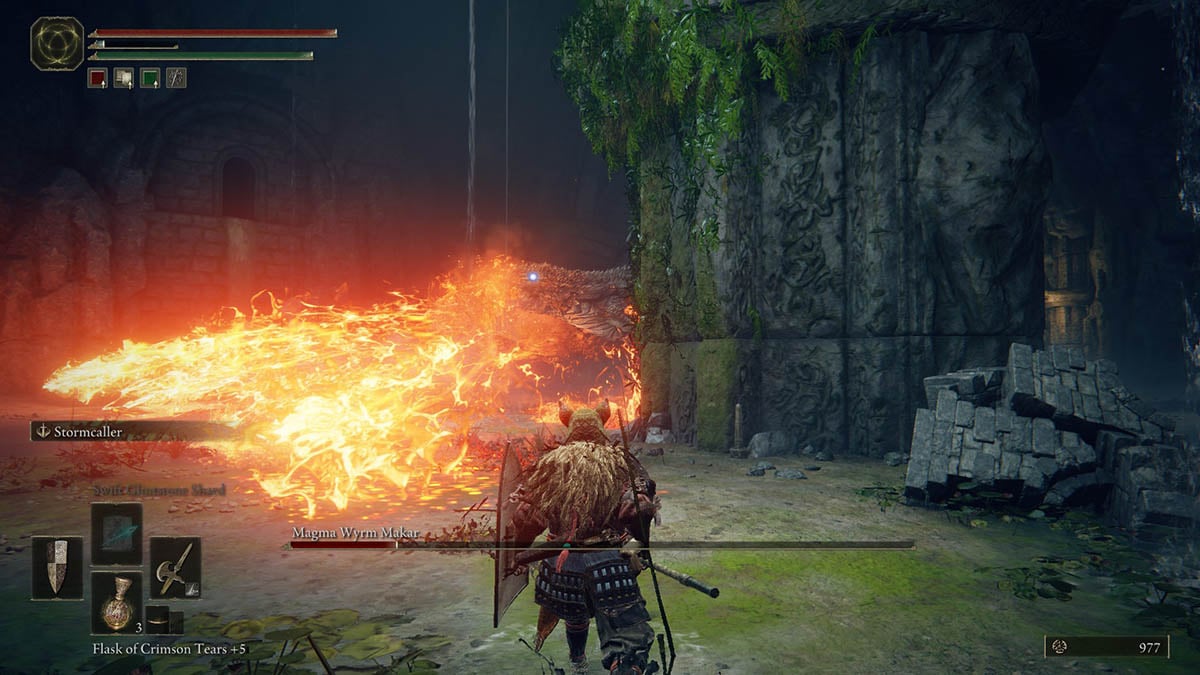 Sorceries are back in a big way in Elden Ring. You’re an Astrologer, Confessor, Prophet, or just one of the melee classes looking to spec their way into a few spells; knowing where to find sorceries and what they’ll do is a must for any purposeful character build in Elden Ring.

The main stats that any good spell caster will be leveling into are Mind, Faith, Intelligence, and very rarely Arcane. Mind specifically governs the FP gauge, determining how many spells can be cast in a row. On the other hand, Faith and Intelligence determine what spells are available to any given caster and how effective said spell will be; Dexterity also defines how quickly Sorceries can be cast.

Sorceries in Elden Ring are divided into thirteen categories. Each of them has its own specific set of effects ranging from shooting crystallin projectiles to magma, to the night, to summoning comets and the moon. Anyone making a Sorcery-focused character build should focus on what Sorceries they want to cast, what stats do they require, and how easy they’ll be able to get.

Confessors, Prophets, or any Faith caster will probably come across an Aberrant Sorcery shortly after beating Godrick the Grafted and stepping out into the world of Elden Ring proper. Like Bloodtinge in Bloodborne before it, Aberrant Sorceries wound the caster to unleash a potent bushel of bloody brambles that cause bleed damage. Aberrant Sorcery casters will want to keep a good amount of HP reviving flask and FP since it’s entirely possible to over clast either of the Aberrant spells and die from the blood loss.

As one of the starting Sorceries for the Prisoner class, Carian Sorceries are a powerful, straightforward offensive set of spells that typically summon a magical blade to either be slashed or shot at the opposition. Carian Sorceries all scale off of Intelligence and are ideal for any sword and sorcery style build.

The one class of Sorceries that requires Arcane, Claymen Sorceries are perfect for any class of character build that already has high Arcane. Claymen Sorceries all center around summoning bubbles that drift towards their target and burst to do damage on impact and are all found in the Siofra River.

Crystalian Spells are, in many ways, are the strong variant of their Glintstone counterparts in that they’re all crystal-based projectile spells. All of the Crystalian Sorceries can be boosted with the Crystal and Rotten Crystal Staffs and can be found at the Academy Crystal Cave, Selia Hideaway, and Raya Lucaria Academy.

Death Sorceries do what anyone would guess that they do, kill things. Death Sorceries can’t be bought from any merchant, and most of them can’t be found in the world and have to be taken from bosses. The Death Sorceries themselves run the gambit from projectiles to AOE to summons, and can be boosted by the Prince of Death’s Staff.

What’s more powerful than the moon? Nothing, nothing at all. Full Moon Sorcery casters will enjoy the benefit of floating up into the air and hurling themselves at groups of enemies as a full moon. Aside from being boosted by the Carian Regal Scepter, Full Moon Sorceries also require a minimum of 68 Intelligence.

Two of the starting spells for the Astrologer Class, Glintstone Sorceries are one of the most common Sorceries in Elden Ring and are commonly used and easily found throughout the game world since a handful of NPC also sell them. Glintstones spells range from long-range projectiles, expanding bursts, short-ranged slashes, etc.

Gravity Sorcery is the one to go for if you just want to go around sling rocks. For the most part, Gravity Sorceries center around raining rocks down on your foes and manipulating gravity to close the distance between the caster and what they want to hit. While no scrolls or merchants provide gravity sorceries, they are easy to find early in the game.

One of the starting spells for the Prophet class, Magma Sorceries, are the standard fire sling spells that have added lava characteristics to fit in with the lore that the magma and fire are being dredged up from Mt Gelmir itself. One of the few Sorceries that scale off of both Intelligence and Faith, Magma Sorceries also can’t be bought from any merchant in the game and instead have to be found throughout the game world.

For all of those Sly Cooper, Solid Snake, Sam Fisher assassins out there looking to only pull off backstabs while they sneak past every enemy in the dungeon, then Night Sorceries are the thing for you. In addition to a defensive and few projectile sorcery, the main appeal of Night Sorceries is the Unseen Form spell which makes its caster invisible.

Primeval spells are high-level Sorceries that are somewhat overpowered and meant for the late game. Each of the Primeval Sorceries deals high amounts of damage over a decent range of effects via a comet, rainstorm, or series of shooting stars.