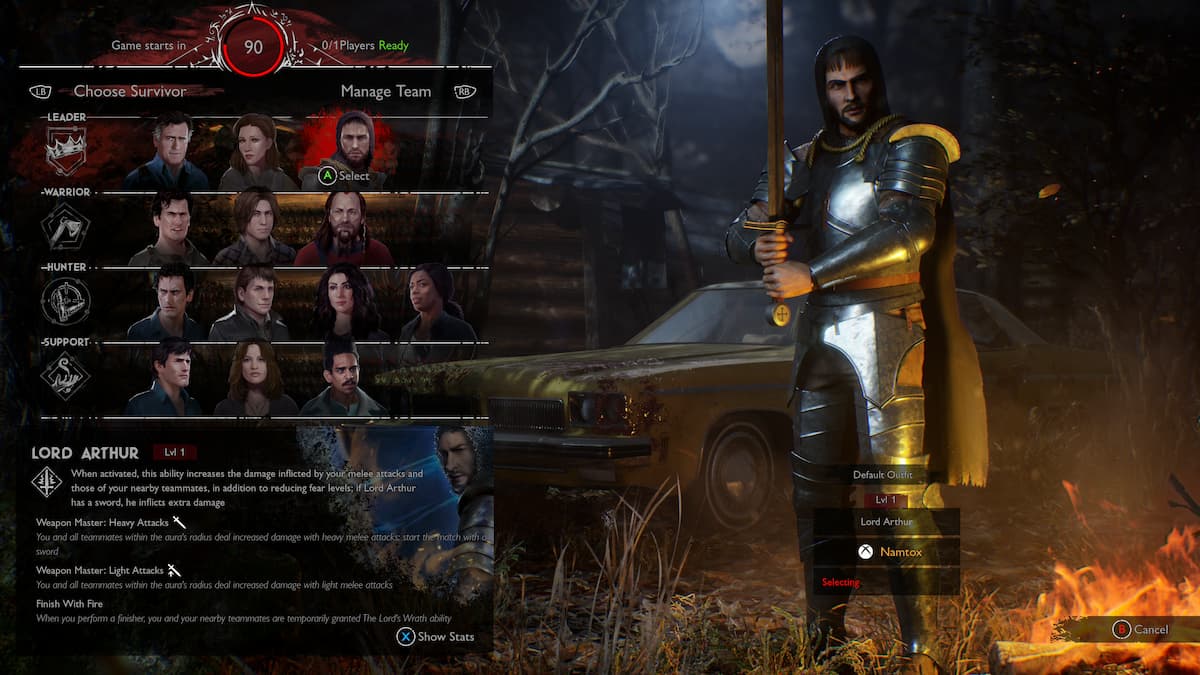 Evil Dead: The Game is the next game to tackle the growing asymmetrical multiplayer horror genre. Four players can play as several survivors from the Evil Dead universe and face off against an AI or human-controlled demon. Each survivor falls into one of four hero types and has many unique skills. This guide will break down all the survivor skills and what they do.

Hunters are the best range class for the survivors. They carry more ammo and do more ranged damage than every other class in the game. Hunters have four unique heroes to play as.

Related: How to unlock Amanda Fisher in Evil Dead: The Game

Leaders are great support characters with a focus on auras that can buff the survivors. They are naturally resistant to fear.

Related: How to unlock Ash Williams (Ash vs Evil Dead) in Evil Dead: The Game

Supports have the best abilities aimed at debuffing demons and enemy combatants.

Warriors are the best damage dealers in the game. Use these survivors to do a great deal of damage to the demon horde.