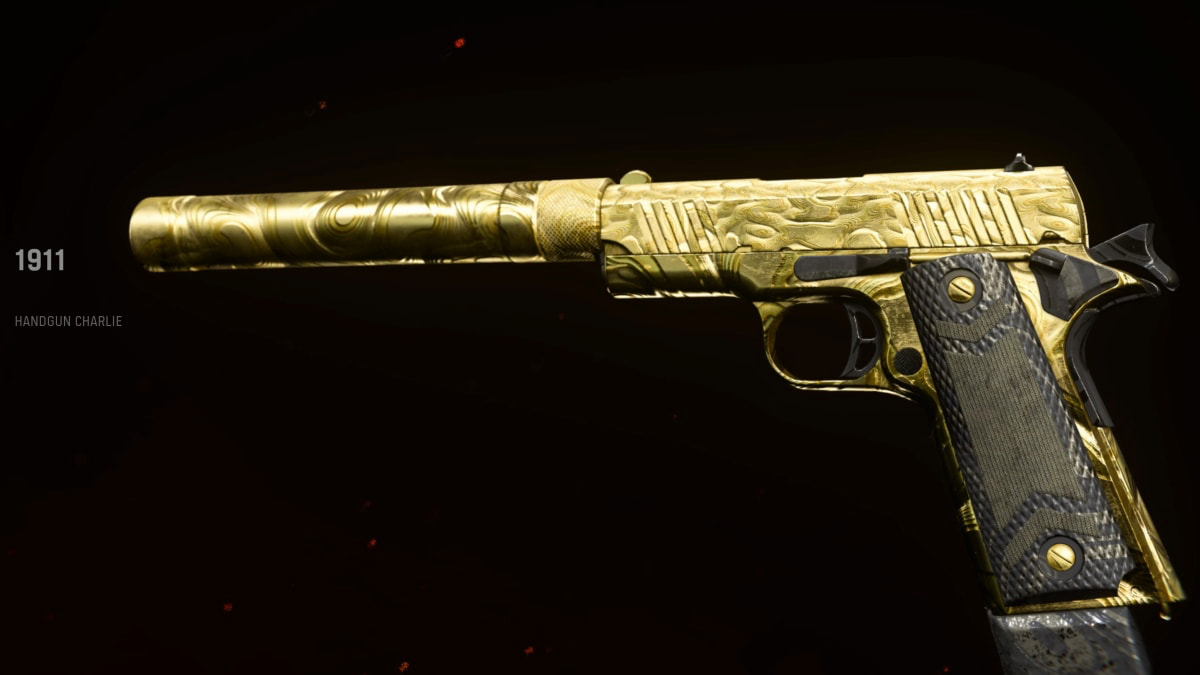 Pistols are arguably the toughest to understand compared to most of the weapons players customize in Call of Duty: Vanguard and Warzone. This is largely due to fans typically going for attachments that are more for show than actual improvement (ex: the Akimbo perk). That being said, the underestimated 1911 pistol is actually capable of arming players with the same power as an assault rifle or SMG, but a specific set of attachments must be applied first.

In Vanguard, the 1911 has worked itself up to being one of the best secondaries anyone should add to their class. Of course, its small magazine sizes hold back players from using it as a primary; although, it is quite useful when your main weapon runs out of ammo. The best 1911 class will mainly be utilizing additional fire rate and long-lasting damage to make it a respectable match-up against most other guns.

Realistically, it is much more difficult to land a headshot with a pistol than with anything else. As a result, this loadout uses the .30 Russian Short 8 Round Mags and the Gracey Short No.2 to increase overall damage and damage placed into enemy limbs. Especially with the Incendiary ammo type and Vital proficiency attached, you can now expect the gun to earn kills within a maximum of three consecutive body shots.

To match the fire rate speeds of SMG and AR users, it is advised you equip the Rapid Action to land these body shots in just seconds. Other Trigger Actions supply an enticing amount of accuracy and recoil control, but the 1911 is already the most accurate pistol to begin with. However, you want to boost its aim down sights time a bit, which can be perfectly executed with nothing more than the Fabric Grip. This attachment, along with the Quick kit, should lend you enough overall speed to rush enemies when in dire need of a kill.

It must be said that your class perks should revolve entirely around your primary weapon and style of play. But, if you are focused only on leveling up the 1911, perks like Ninja, High Alert, and lightweight will be most beneficial. Ninja and Lightweight will combine to lend you incredibly speedy, yet quiet footsteps when chasing opponents down, as High Alert highlights any threats outside of your line of sight.

In Warzone, the 1911 should have a completely different purpose than in the multiplayer. Here, you’ll only use the pistol when opting to have the Ghost perk rather than the widely-popular Overkill perk. In turn, you will be able to have your location unknown from enemies, while also having a secondary weapon that can help finish off the last member of an enemy team.

Those using the pistol in the battle royale should see the most success when applying the Cooper Full-Auto and .45 ACP 18 Round Mags. The two attachments will essentially transform the 1911 into an SMG, but with a major decrease in magazine capacity. To make up for this, the Hollow Point ammo type, the Vital weapon perk, and the Hair Trigger should help deliver enough bonus damage to chest shots to ensure you earn an elimination with just one magazine.

Considering that it is a fully-automatic weapon now, we recommend all players use at least a 1.35x magnification optic for more precise aiming. Being rather small, the Nydar Model 47’s 1.35x zoom is an excellent choice for those still desiring a fast aim down sights time.