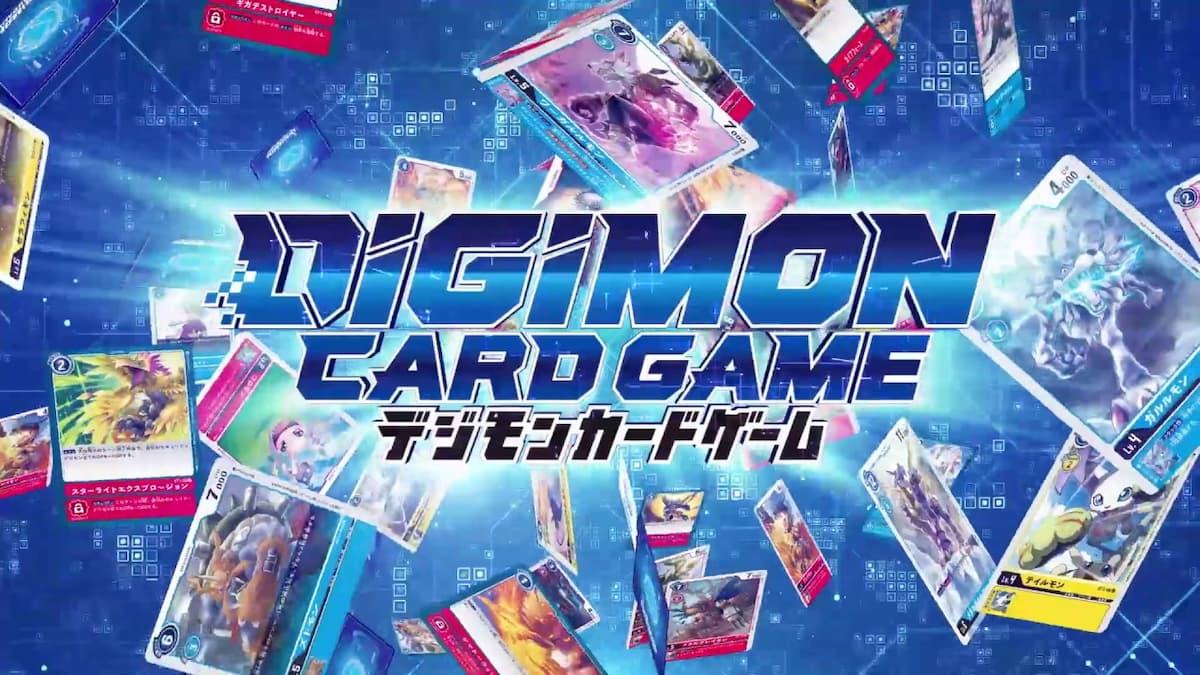 Starting a new card game can be daunting, with the abundance of cards on the market. Thankfully, the Digimon Card Game is just releasing in the West, so there are a limited amount of cards. And the best way to begin your Digimon journey is to pick up a Starter Pack. Starter Packs are pre-build decks ideal for new players. As of this writing, there are six Starter Decks in total for the game, and this list will walk you through each one of them to help you decide which to pick.

Cocytus Blue is a Matt Ishida-themed deck that features the iconic Gabumon. This deck focuses on offense and excels at destroying your opponent’s Digimons before they can evolve. It’s a great deck for aggressive players that enjoy applying hard pressure onto their opponent.

This red deck is centered around the lovable Tai Kamiya. It’s full of Security cards that protect you and wreak havoc on your foes. Such as WarGreymon, which gains Security Attack based on the number of Digivolution cards in your hand. These Security Cards are paired up with cards like MetalGreymon, and you can dominate the playing field.

Giga Green is an Izzy Izumi deck that prides itself on suspending your opponent’s Digimon and then overwhelming them with your mega evolution monster. HerculesKabuterimon can still pull off any security checks after defeating an enemy and surviving, and as well as the ability to suspend an opponent’s Digimon by discarding two digivolution cards.

A T.K. Takaishi deck, Heaven’s Yellow, aims to slam the opponent with negative effects to weaken them. It excels in long rounds due to its weakening effects and high defense cards. Cards like MagnaAngemon that lower the opponent’s Digimon by 1000 DP for every turn require careful decision making to be effective but can be extremely devasting.

Machine Black is the second Tai Kamiya deck and is completely centered around defending yourself against opponent’s attacks. The big boss of this deck is BlitzGreymon. They can give an additional 4,000 DP to a friendly Digimon until the end of your opponent’s turn, and can check an additional security card.

Venomous Violet is another Matt Ishida theme deck. This deck is centered around the idea of using tricks and strategy to outwit your opponent. You will sacrifice Digimon on both sides of your field and return cards that have been trashed back to your hand. With CresGarurumon, you can bring back a trashed level three Digimon from your trash area without paying any memory cost.