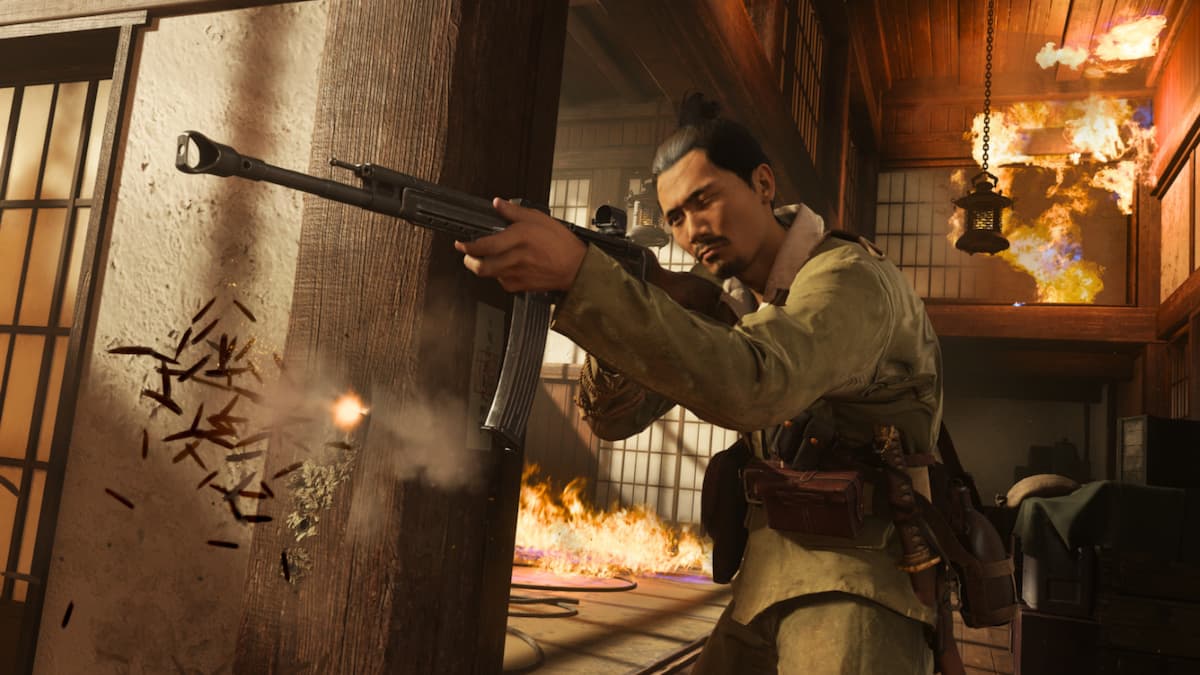 Compared to past games, Call of Duty: Vanguard and Warzone Pacific certainly hold different paces of play than what fans were originally accustomed to. As a result, barrel attachments have become known for helping guns either achieve quicker kills in Vanguard’s speedy action or produce better accuracy in the more methodical battle royale. Despite there being several capable of uplifting your talents, there are only a select few that truly evolve their dedicated weapons.

At the time of writing, the DP27 bears the highest level of firepower and the second-highest rate of speed of all light machine guns. Thus, we wouldn’t blame anyone for choosing it over even the STG44 and MP40. This is especially because of the ability its Kovalevskaya 604mm barrel brings, skyrocketing its damage range by 60 percent and bullet velocity by 40 percent. It even supplies an additional 10 percent in horizontal recoil control. Its hip fire accuracy does go down a bit, but this barrel enables the DP27 to shoot accurately from all ranges.

The shotgun known simply as the Double Barrel is potentially one of the most popular weapons you’ll spot enemies with in Vanguard. You will have the gun’s Sawed-Off barrel attachment to thank for that, as it is what molds the Double Barrel to be the best close-range weapon to find in the shooter. Sawed-Off boosts the gun’s overall damage by an immense 40 percent, while also lending an increase to your movement and ADS walking speed. For tight-quarters maps like Das Haus, the Sawed-Off barrel should be your best friend when aggressively pushing opponents.

We aren’t exactly fans of barrels that have a laundry list of cons, but the Type 99’s Shiraishi 712mm Sniper barrel has our approval. It is daunting to see that the Shiraishi 712mm slows much of the gun’s ADS time, sprint to fire time, and ADS walking time, but it isn’t as though the gun is an SMG. This attachment is more for those who snipe from long-range, as it beefs up the recoil control, flinch resistance, and idle sway, each by more than 40 percent. Better yet, the barrel lends small bonuses to the Type 99’s overall damage and vital damage.

It is no secret that the STG44 assault rifle is one of the best guns the game has to offer, and it likely will be for the duration of the game’s lifespan. As it is already packed with damage, the VDD 760mm 05B barrel ensures this top-tier weapon is almost entirely rid of recoil and idle sway. When applied, this attachment adds on another 15 percent of damage and range, while decreasing the vertical recoil by nine percent. As great as that sounds, the VDD 760mm 05B goes even further, minimizing both its horizontal recoil and Idle Sway Control by 50 percent. Ultimately, the attachment may not have any snazzy attributes, but greatly strengthens Vanguard’s top eliminator.

It may not be the MP-40, but the PPSH-41 continues to dominate in another Call of Duty title and it mainly does so because of the ZAC 300mm barrel. As most SMG barrels sacrifice a lot for a little in return, the ZAC 300mm barrel only trades in an inch of player movement speed for maximum recoil control and bullet velocity. More specifically, it results in the PPSH-41 becoming a terror at medium-range — an element needed throughout all game modes.

In a battle royale that mainly crowns those that prioritize medium to long-range offense, the 19.7 Ranger barrel makes the Krig 6 one of the most vicious weapons to go up against from afar. Even with over 30 assault rifles in the game, this attachment helps the gun become the absolute best at long-range with its massive increase in bullet velocity and vertical recoil control. It may remove a small percentage of hip fire accuracy, but the gun surprisingly still contends with the best at close to medium-range.

Light machine guns are infamous for their terrible accuracy and kick, but the Stoner 63’s 21.8″ Task Force barrel is an excellent add-on for all beginner and veteran players. The reason being is it lends a whooping amount of bullet velocity, recoil control, and damage range that you really cannot get with a gun of its size. Despite it taking away much of your movement speed, expect the weapon to become rather smooth to handle — likely resulting in a number of kills for almost anyone who uses it.

As most may have noticed by comparing the stats of all assault rifles, Vanguard’s NZ-41 has come onto the Warzone scene as one of the biggest damage doers of them all. The only issue that holds it back is its absurd gun kick; however, the Orbweaver 360mm BC manages to erase that problem entirely. The attachment gives a substantial increase in accuracy and control, while also reducing the amount of sway you may have previously experienced while aiming down its scope. In sum, this NZ-41 barrel certainly gives the STG44 a run for its money.

Even though Warzone Pacific has included dozens of additional snipers throughout the last few years, the Modern Warfare iteration of the Kar98k continues to be one of the most used in the category. Its popularity can certainly be attributed to its Singuard Custom 27.6″ barrel attachment, enabling the weapon to knock down enemies from almost any distance. As for what it includes, expect this Singuard Custom to provide better damage range, bullet velocity, and recoil control — ultimately turning it into one of the best snipers in terms of range and accuracy.

Range may be the key to winning Warzone matches, but it is tough to deny that the MP5’s Subsonic Integral Suppressor is incredibly fun to use. With this attachment applied, the submachine gun is the perfect weapon for those who undergo a more stealthy play style. The MP5 is already a brutal weapon as is, but the barrel’s suppressor mutes all shots and gives you a stellar ADS time. It will also ensure enemies cannot see any of your shots, leaving them clueless as to where you are coming from.