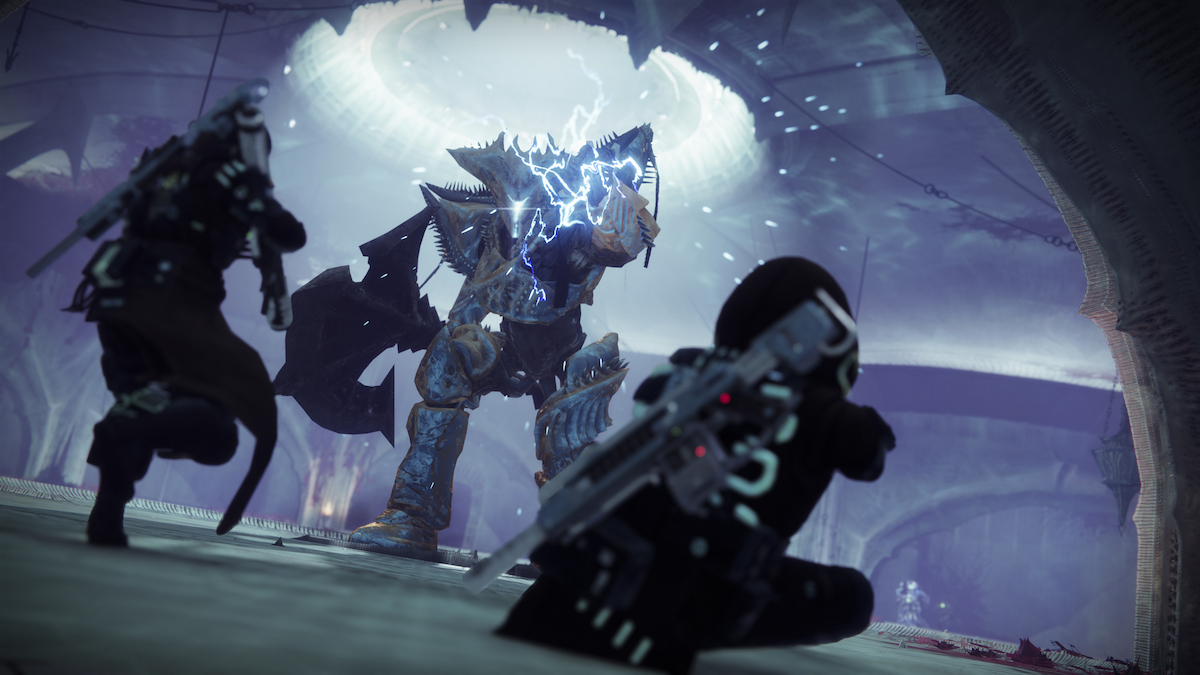 The Competitive Playlist available on weekends during Guardian Games 2022 in Destiny 2 is a Legend difficulty Nightfall Strike with a power requirement of 1,550, meaning you’ll need to be well equipped to tackle it successfully. There is some room for loadout variation as your equipment isn’t locked like a standard Nightfall of that level, and enemies are generally squishy enough that even Champions go down in a single Super. However, if you’re pushing for quick or high-scoring runs, you’ll want a setup that minimizes risk and prioritizes damage. Here are three loadouts worth using.

If the Competitive Playlist has Barrier Champions, there’s almost no better choice in your Kinetic slot than the Arbelest Exotic Linear Fusion Rifle. While not as powerful as the Linear Fusion in your Heavy slot, it offers consistent damage, stuns Barriers, and removes enemy shields you don’t have the element for. You can cover for random teammates if they can’t break that pesky Arc shield.

The Linear Fusion in your Heavy slot can be of any element but should have Vorpal Weapon or some other damage modifier directly related to boss DPS. If it also has Rapid Hit or another reload Trait, that’s ideal. We were using a Threaded Needle with the Traits named above in our runs, but there are plenty of other viable options right now.

Your Energy weapon should use Primary ammo and be able to break one of the other shield elements and deal with the other Champion type present. In the Lightblade Strike for week 1, we recommend a Pulse Rifle for the Unstoppable Champions, as you’ll only face them at longer distances.

This loadout is very straightforward, covering both Champion types and dealing plenty of burst damage courtesy of the legendary Exotic Rocket Launcher. Your two Primary ammo weapons should cover the two Champion types present in the activity, and the one in your Energy slot should break one of the enemy shield types. Ideally, your Energy slot weapon is the longer range of the two. Your subclass should cover the other shield type. If it doesn’t, you’ll need to rely on your teammates, which isn’t always a guarantee if you’re in matchmaking.

This loadout relies heavily on your teammates, as it can only deal with a single Champion type, and you have to hope someone else in the fireteam has Gjallarhorn to activate the Pack Hunter buff. Your primary damage and add clear weapon will be Witherhoard, which you can pick up from the kiosk next to the Vaults in the Tower if you don’t already have it.

Place the Witherhoard well wherever ads and bosses tend to spawn, then watch the damage numbers flow in. You’re probably better off not hitting enemies directly with Witherhoard, as you want to cover as much space as possible unless all you have to deal with is the boss.

Your Energy slot Primary should deal with one of the Champion types and one of the enemy shield types. This should be a long-range weapon, but some of the anti-Champion mods don’t allow for that, so use what you’re most comfortable with.

That rule goes for your Rocket choice as well. The Red Herring and Palmyra-B are solid choices if you have their crafted versions leveled up. The Hothead, which you have a chance of getting from the Playlist in week one, is another good option, but if you can have the Rocket deal with the shield type, your Energy doesn’t, so much the better.