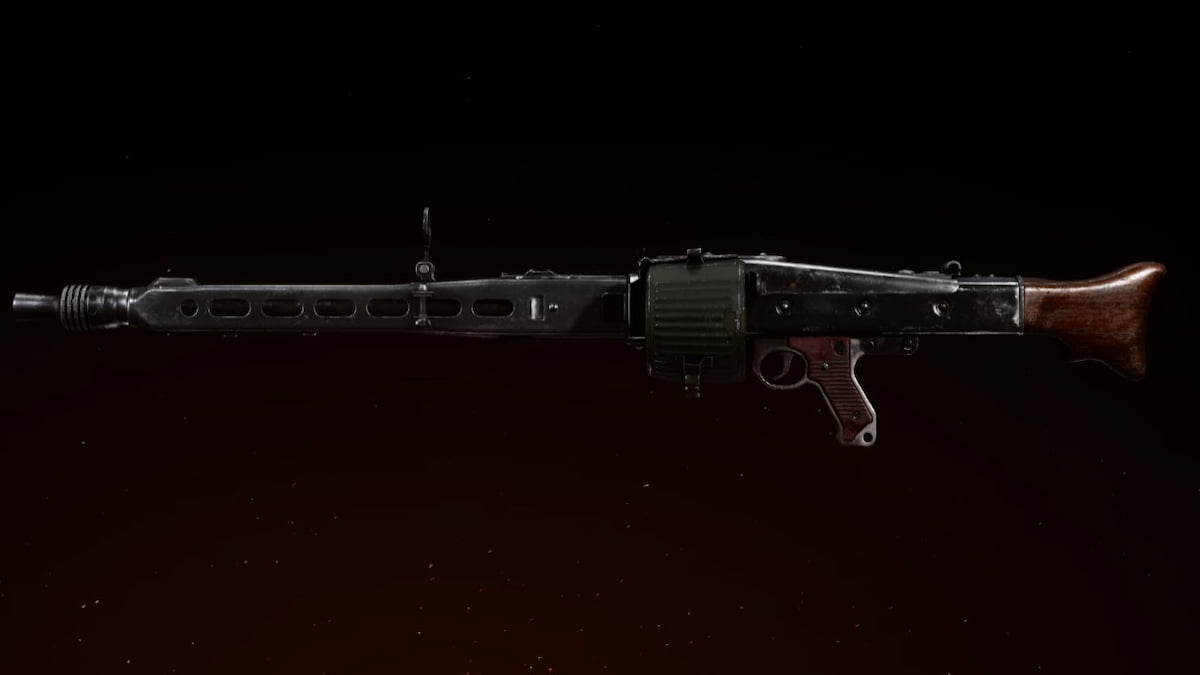 The MG42 is a monster of an LMG, and it’s one of the several choices you can use in Call of Duty: Vanguard and Warzone Pacific. You’ll be able to customize it using a variety of attachments, and selecting the best one can turn this great weapon into a fantastic choice. Here’s what you need to know about the best MG42 loadouts in the multiplayer and battle royale.

Many of the weapons can have 10 unique attachments on them in Call of Duty: Vanguard. These are the best attachments for the MG42.

The big thing about the MG42 is finding a way to reload and reload as little as possible quickly. You’ll be able to do that with the 8MM Klauser 250 Round Box, giving you 250 rounds rather than the standard 125. You’re also going to be a major target, so the Frenzy proficiency gives you a chance to hit for every kill.

Next, you want to focus on making sure you accurately hit your enemies during a battle, so the Heavy Foregrip underbarrel, Taped Grip rear grip, VDD 64M stock, and Krausnick 450MM B42MG barrel are some of the best choices to add to the LMG, increasing it recoil control and accuracy, and overall stability.

When choosing the ammo type, we recommend the Frangible if you’re primarily dealing with other players, but if you want to fight against vehicles, the Armor Piercing is a solid choice.

For your secondary weapon, you’ll want to go with the Klauser or the Machine Pistol sidearm. The Thermite or Frag Grenade are also solid choices for the lethal equipment, and the Stun Grenade or Smoke Grenade can be in your Tactical equipment slot. Finally, the perks we highly recommend with this loadout would be Dauntless, Piercing Vision, and Lightweight.

As for its battle royale variant, the base MG42 is already better than most of the guns in its category. Its damage rate only falls behind Cold War’s Stoner 63 and is surprisingly easy to control. However, its max potential can be reached when completely calming its recoil and lending a small boost to its magazine size — resulting in it being an excellent gun at any range. Here are the best attachments for the MG42.

As there are really no major issues with the weapon, the attachments you’ll need first is the 8mm Klauser 250 Round Box and the Incendiary ammo type. A magazine of this size will slow down your movement speed, but the power these two add-ons bring is too great to pass up. Most other attachments, like the F8 stabilizer, VDD 680mm barrel, and Heavy Foregrip underbarrel, will greatly decrease the gun’s maddening kick — an element that plagues most LMGs in the game.

It should be noted that the M19 4.0x Flip Optic is merely a recommendation, but is phenomenal for those working at medium-range. Depending on your preferred play style, you may desire a scope with either a lower or higher zoom. Either way, this set of attachments should enable players to smoothly shoot and hit opponents from any distance.

As this class is equip with the Fully Loaded perk, you won’t be using your secondary weapon often — if ever. No matter, it is best to have a melee weapon on hand if the MG42 ever needs to be reloaded in the midst of a close-range fight. As for perks, you’ll want to lean toward those that keep you off the grid, such as Cold Blooded, Ghost, and Tracker. Cold Blooded and Ghost will aid in leaving you off of UAVs and Heartbeat Sensors, as Tracker allows you to spot enemy footsteps nearby.