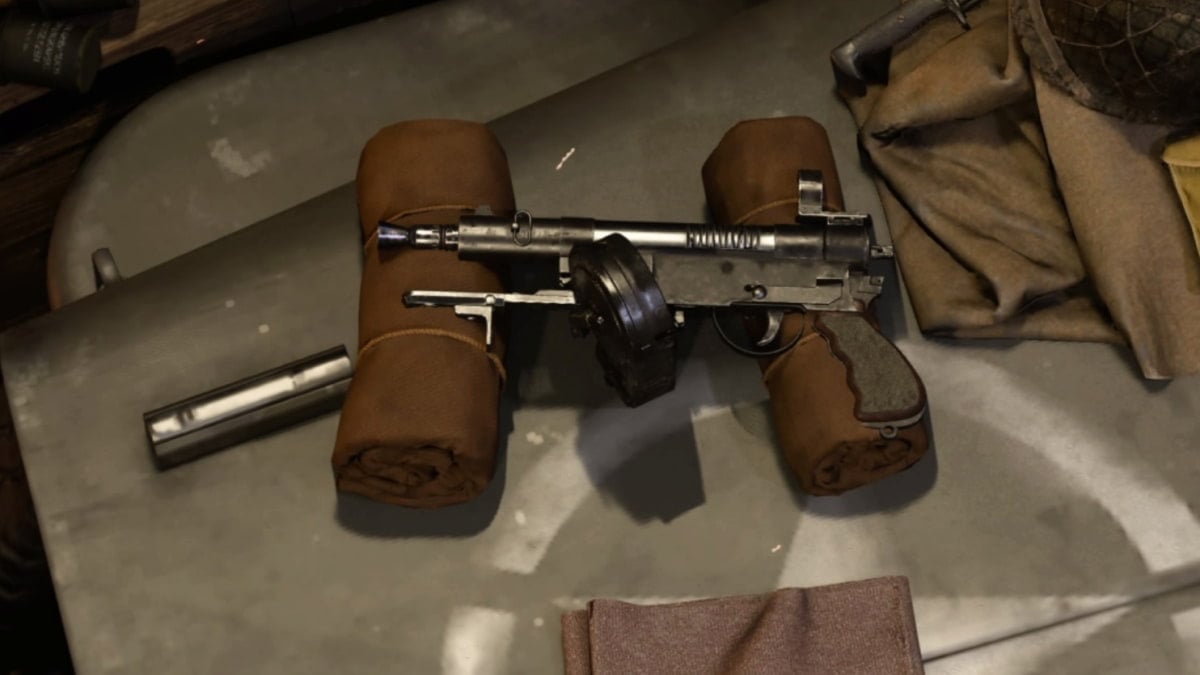 In both Call of Duty: Vanguard and Warzone Pacific, the Welgun submachine gun debuted post-launch to mainly praise and it certainly isn’t hard to see why. Even without attachments, the weapon can breeze through a multitude of enemies and is void of any overwhelming recoil. In sum, players cannot go wrong upgrading the weapon to its max level, considering that it is arguably the best Vanguard-based SMG we’ve seen yet (sorry, MP-40 users).

With Vanguard surely being the fastest paced Call of Duty ever, the Welgun’s lightweight mobility and accuracy is perfectly suited for every game mode in the shooter. That said, there are ten attachments that ultimately build it to be a pocket LMG; and really, what more can you ask for than that? Better yet, this particular loadout is great for those looking to rush and end opponents in just a few shots. Here’s what you’ll be needing.

Firstly, we should note that despite this loadout having several attachments that increase the kick, it somehow still manages to have no recoil, whatsoever. It isn’t clear if developer Sledgehammer Games will patch this in the future; but as it stands, this is currently the best Welgun one can possibly use. That is in most part due to the .45 48 Round Mags, a magazine that both increases your bullet capacity and overall damage. This, paired with the Incendiary ammo type, unquestionably makes for one vicious up-close eliminator.

To ensure that the gun outpaces other aggressive players, ensure you use attachments like the Recoil Booster and 120mm Gawain Short to max out the gun’s fire rate potential. However, our emphasis on speed does not stop there, as the Removed Stock, Fabric Grip, and Quick weapon perk will boost your ADS time, sprint to fire time, and movement speed a great deal.

Lastly, and most importantly, it is crucial to finish off this loadout with class perks that complement this sort of fast style of play. The Ninja perk is one of them, as your footsteps will be muted and will not be seen by those with the Tracker ability. Radar and Scavenger should also perform well with the Welgun, considering Radar highlights all enemies with un-silenced weapons and Scavengers allows you to nab ammo from fallen enemies.

Although we aren’t fans of many of the secondary weapons in the multiplayer, you will not regret choosing a melee weapon like the Katana. This slice-and-dicer is easy to switch to and will eliminate enemies in just two swings. It shouldn’t be used too often, as its best to swap to it once the Welgun runs low on ammunition.

Quite honestly, compared to its Vanguard iteration, there are a handful of other SMGs in Warzone that provide more damage and range than the Welgun. No matter, its speed from the multiplayer still carries over and can still be a harsh gun to go up against from close to medium-range. In this loadout, you’ll want to prioritize its medium-range accuracy, while also making it hard for enemies to get a hold of you.

With its lackluster damage in Warzone, these attachments will ensure that you have enough speed and edge over the opponent for you to get the first and, hopefully, last shot in a gun fight. Weapon perks like Acrobatic and Quick will provide this needed skill set, as the .45 48 Round Mags, Hollow Point, and the 240mm Hockenson 43 will lend it the most damage the gun can possibly do.

As damage range shouldn’t be a primary focus when using an SMG, we recommend players apply the Mercury Silencer for each shot to be kept quiet and highly accurate. As for optics, the G16 2.5x scope will give exceptional aim at close to medium-range, but the Welgun is also capable of pulling off the M19 4.0x Flip if players want to prioritize its medium-range abilities over anything else.

To further keep your location under wraps, it is a must that Welgun users add the Ghost perk for staying off both UAVs and Heartbeat sensors. Additionally, Double Time should only give you even more time to outpace opponents, as Engineer will constantly make you aware of nearby enemy equipment (such as claymores, mines, and snapshot grenades).