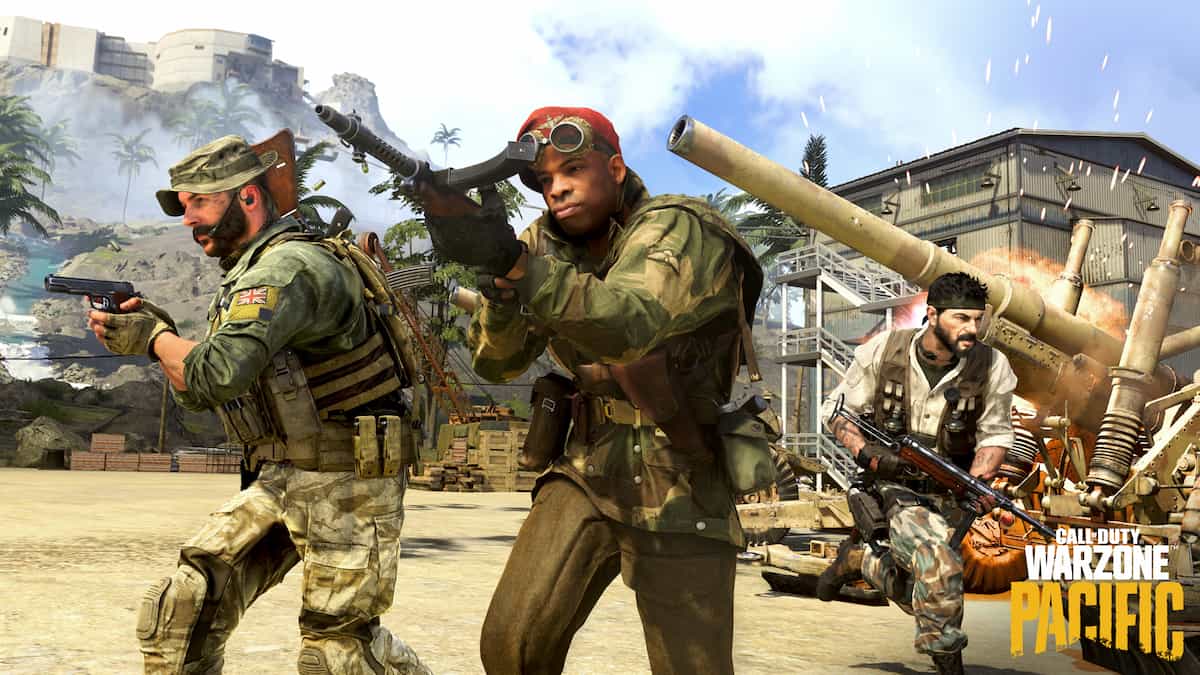 For months on end, developer Activision teased several elements of Call of Duty: Vanguard would be entering Warzone. With it now confirmed that the battle royale will feature a new World War II-set map, along with Vanguard weapons and cosmetics, many feared that Warzone would soon discontinue items from older games. Luckily, it appears the newly-named Warzone Pacific hasn’t forgotten about its roots.

When the new Vanguard-themed map launches on December 2, players will indeed be able to continue using their unlocked weapons and cosmetics from Black Ops Cold War and even Modern Warfare. According to the Call of Duty Blog, Warzone Pacific will deliver three modes (Caldera Battle Royale, Caldera Plunder, and Rebirth Island) which let players choose from weapons and operators from any one of the three latest core titles. However, the upcoming mode Vanguard Royale will reportedly be exclusive to World War II weapons and cosmetics.

Thus, in terms of leveling up weapons, those from Black Ops Cold War and Modern Warfare can still earn XP and upgrades; though, players will now have to be cautious of what mode they are playing in order to do so. In addition, integration will continue to remain the same for Warzone Pacific Battle Passes, as players will be able to progress through each when earning XP in these older titles.