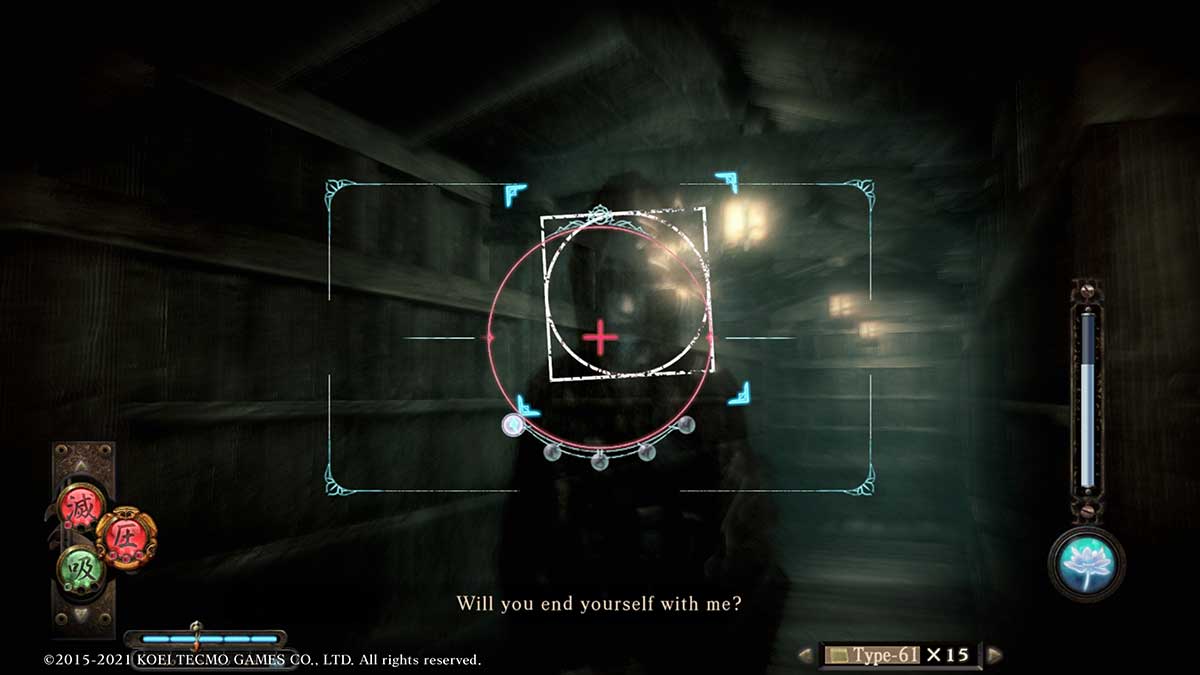 Sixth drop is by far the longest mission in Project Zero: Maiden of Black Water. By the time you’ve solved the triple picture puzzle with the shrine, you’ll likely be ready to throw in the towel and call it a day. Unfortunately, that’s just not possible. No sooner will you have opened the box and rescued your target than none other than the Maiden of Black Water herself will appear and attack. This guide explains how you tackle this boss and escape with your life.

Can you defeat the boss in Sixth Drop?

This encounter with the Maiden of Black Water is a trick boss. There’s no way to defeat her, regardless of how many pictures you snap of her. We used up far more film than we’d like to admit trying to get a few more targets to appear, but nothing happened. So instead, you need to run away and get out of the building the way you entered. Use the map to navigate out the front door and continue to flee down the road once you have.

If this boss gets too close to you, its aura changes the screen’s color and makes it difficult to see. The boss can attack you, and when it does, it hits like a tank. There’s no point in sticking around once the boss has spawned, so turn tail and run as soon as you can. The boss will pursue you relentlessly until you exit the building but can’t follow you beyond its walls.