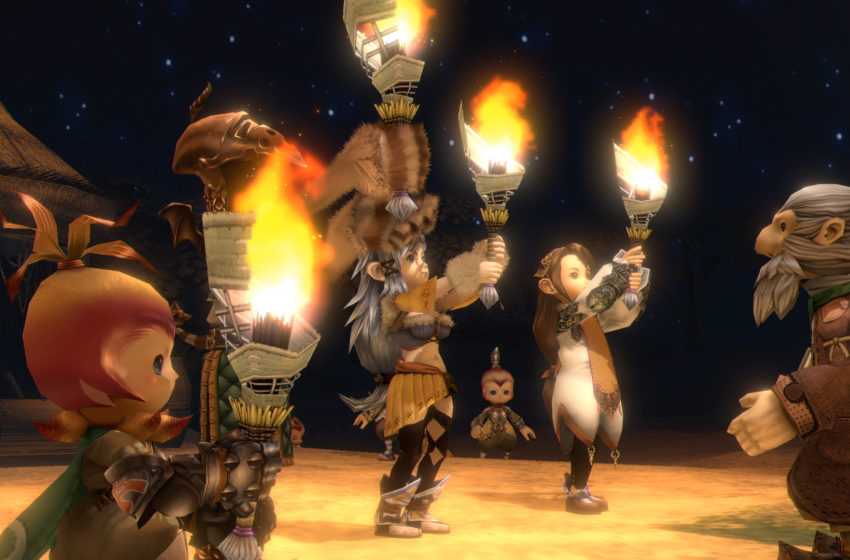 With Final Fantasy: Crystal Chronicles Remastered offering much better multiplayer options than the original release, you may be tempted to jump in with your friends. Some of those friends might not play on the same platform as you, however. This is no problem, as the game supports crossplay between PlayStation 4, Nintendo Switch, Android, and iOS.

While the game will not support local co-op, you will be able to meet up online to play in a lobby of up to four people. Not only that, but you will also be able to play the Lite version, which will be available for free. This will give you access to 3 dungeons, online multiplayer, and crossplay. If you are playing with someone who owns the game, you can enjoy up to 13 dungeons with them before you need to purchase the game yourself. The mobile versions will actually be the Lite version by default, and you can then open up the rest of the game through in-app purchases.

The only stickler is the need for a third-party app to communicate with your friends, so you will need to jump into something like Discord if you want to organize your tactics while you crawl through the game’s assorted dungeons. This is all a far cry from the original, which required a Gamecube, link cables, and GameBoy Advance if you wanted to play with your buddies.

Final Fantasy: Crystal Chronicles Remastered will bring back the classic gameplay of the original, with some additional features and HD graphics. You’ll also get to experience the game an English voice track for the first time. There will be an updated soundtrack to enjoy, and some UI and map changes to improve the gameplay experience. You will also be able to transfer your saves between platforms.