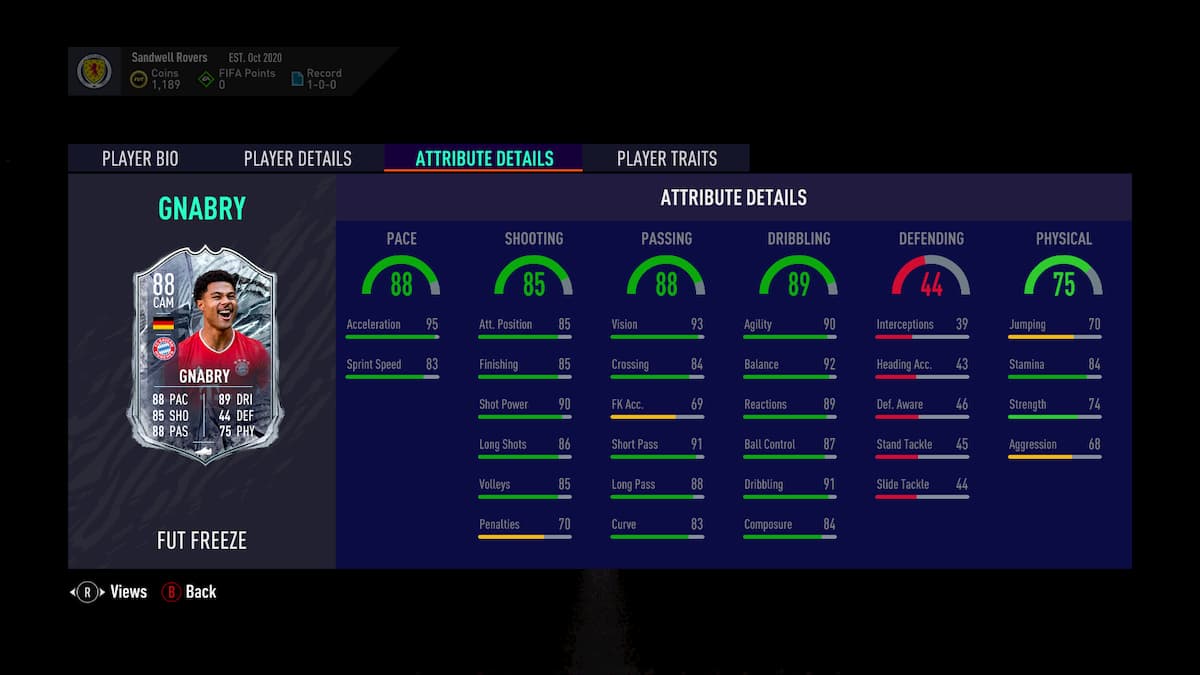 German winger Serge Gnabry is the latest player to receive a special Freeze player item in FIFA 21, as the Bayern Munich star now has an 88 OVR player item in the game. The Bayern Munich forward’s Freeze card is obtainable via a new Squad Building Challenge, and to acquire Gnabry, you will need to fill out a couple of lineups.

How to complete Freeze Gnabry SBC

To acquire the now-midfielder’s 88 OVR player item, FIFA players will need to complete two distinct lineups for this challenge. This challenge is pretty similar to the Jesus Navas SBC that went live on December 17, as these two challenges require players to fill out two different squads. However, the requirements for the Navas and Gnabry challenges are not all that similar.

So what are the requirements for this challenge? Let’s go over the two lineups:

If you’re in need of solutions for this specific challenge, here are a few that could help you along the way:

Cards via FUTBIN. This challenge will expire on January 1, 2021.