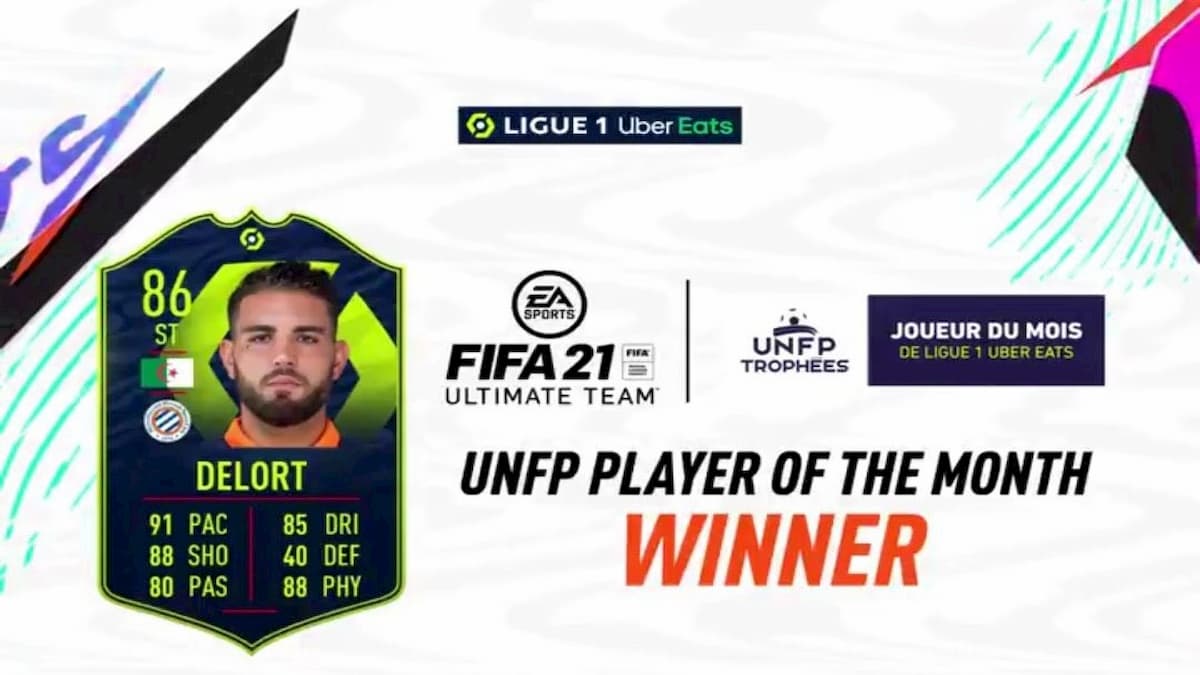 After Bruno Fernandes and Erling Haaland both received special Player of the Month cards for their performances in November, EA Sports unveiled its Ligue 1 POTM Squad Building Challenge on December 24. Montpellier HSC striker Andy Delort, who has racked up eight goals and six assists during 15 games (as of December 24) of Ligue 1 action, is the French-based league’s Player of the Month Squad Building Challenge reward for November. And unlike the Fernandes and Haaland challenges, this one will be a bit more affordable.

How to complete the POTM Andy Delort SBC

To complete the Ligue 1 POTM Squad Building Challenge, FIFA players will only need to fill out one lineup of 11 players. This lineup, which will be set to the 4-1-4-1 formation, will have five different requirements that users will need to meet. Those requirements are as followed:

This challenge won’t be incredibly expensive, but because of the minimum of two Team of the Week players needed to finish this SBC, it could be a bit tricky. If you need a solution, here’s one that could help you out:

Cards via FUTBIN. This challenge will expire on January 24, 2021.