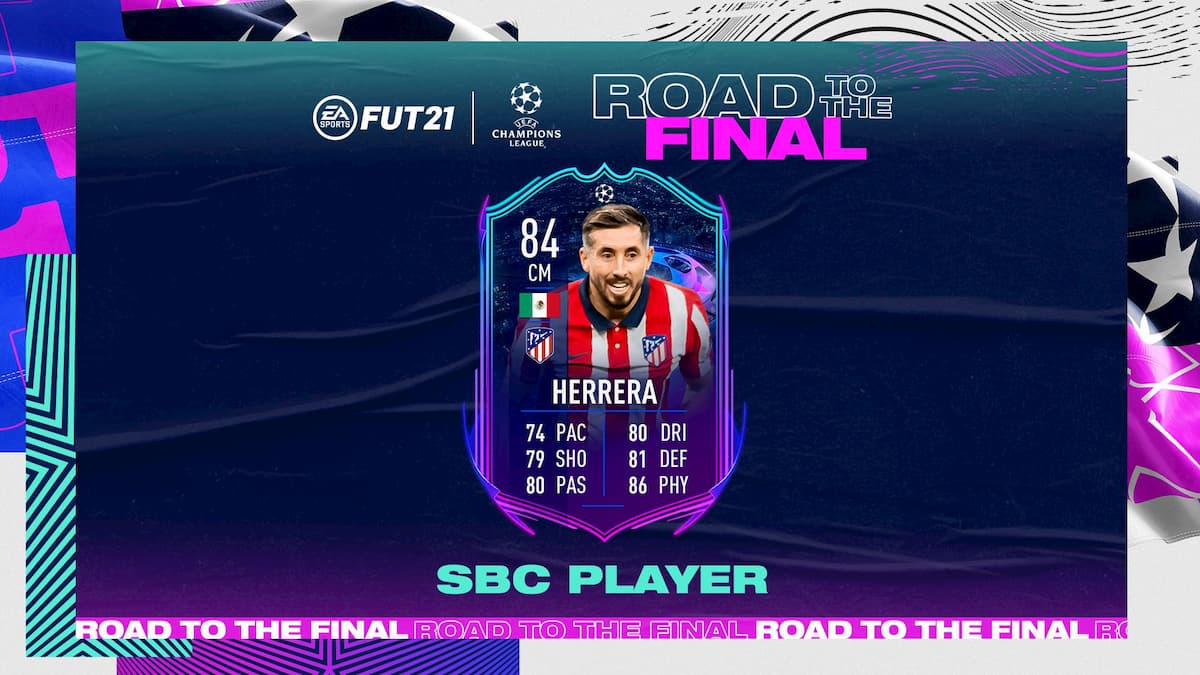 After a relatively quiet few days in FUT, EA Sports released a new Squad Building Challenge on December 3, and this one is focused on the ongoing UEFA Champions League. Players, upon completion, can receive an 84 OVR inform card of Atletico Madrid CM Hector Herrera. But to get this card, you’re going to need to fill out a lineup first.

How to complete Hector Herrera SBC

Much like the Romain Alessandrini and Memphis Depay Squad Building Challenges that dropped during the last weekend of November, this SBC only has one challenge. To complete it, FIFA users must fill out a starting 4-1-2-1-2 lineup that meets these requirements:

Even though there’s only a lineup to fill out here, it might be a bit difficult to do, thanks to the requirements. With that said, here’s a solution that will work for this SBC:

Cards via FUTBIN. This challenge will expire on December 10, 2020.