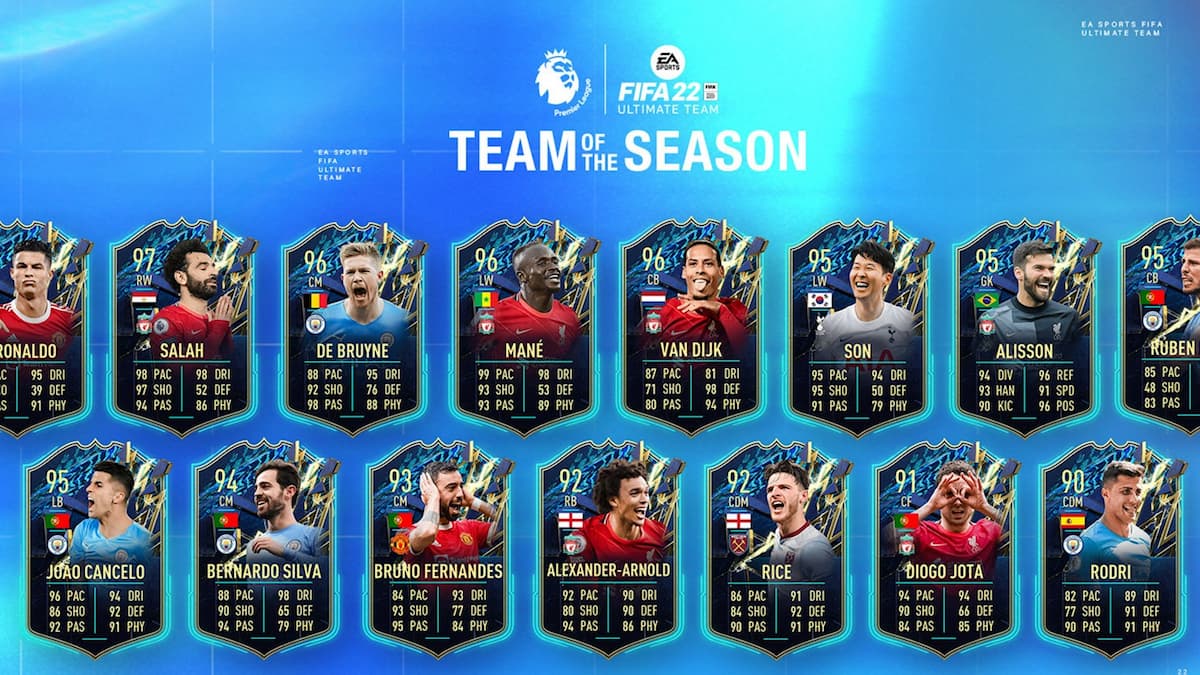 The FIFA 22 Premier League Team of the Season (TOTS) promo has begun, as EA Sports and the FIFA team are honoring the best from the English-based league for 2021-22. One of the league’s brightest stars, Arsenal mid Bukayo Saka, has been a force to be reckoned with over the past few months in the Premier League. Now, he has a Team of the Season card to show for it. A new 91 OVR player item of Saka is available for a limited time in FIFA 22, and here’s how you can get it.

To find the friendlies in FIFA 22, scroll over to the Play tab at the FUT hub using RB/R1, and then select Friendlies. From there, select Play Online to locate the friendly called Premier Play.

Complete all four, and you will receive the 91 OVR Saka and 300 XP.

The team requirements for the Live FUT Friendly: Premier Play are as follows:

There’s no overall limit for this Friendly, so be prepared to see some high-rated teams.

Since this friendly, and the challenge itself, focuses on scoring and putting up assists with Premier League players, we don’t need to tell you that Premier League players will need to be used for this event. However, it’s a good idea to try to at least stack the attacker positions with English players from the Premier League, and ones that have at least 4* Weak Foot. UEFA CL Jamie Vardy, FUT Captains James Ward-Prowse, and Showdown Harvey Barnes are all players that are not extremely expensive but meet the requirements. Additionally, Icons like Gary Lineker, Ian Wright, and Michael Owen all have 4*+ Weak Foot Ratings, should you need for just that latter.

This challenge is slated to expire on May 13.