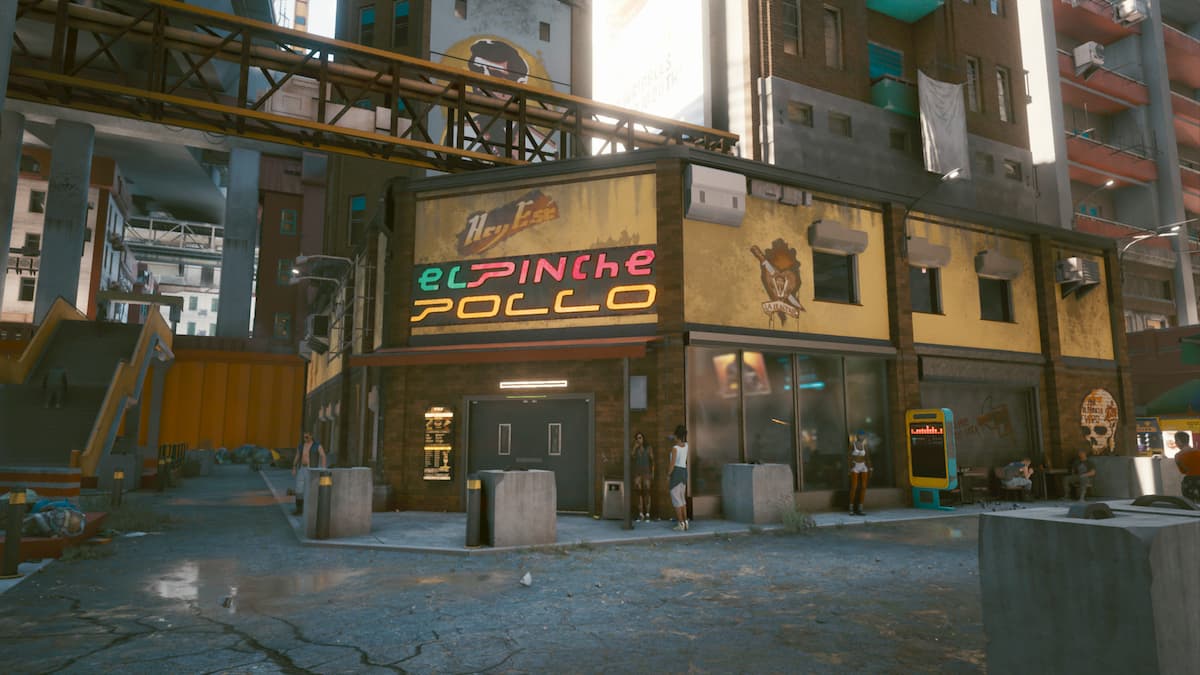 With the political season in full swing in Night City, everyone wants to prove how dirty the other candidates are compared to them. In Cyberpunk 2077, the Fifth Column gig allows you to sneak into a restaurant to steal the embezzlement activity of Javier Alvarados, the mayor’s adviser.

Where to find the El Pinche Pollo Restaurant

The information is hidden within the El Pinche Pollo Restaurant. You can find it in the south portion of Heywood, and the Valentinos gang protects it.

How to sneak into the restaurant

We tried to find a way to sneak into this restaurant by using the surrounding roofs and some clever parkour work, but we failed. Instead, we strolled through the front entrance, breached the security cameras to turn them off, and then distracted the guard protecting the second floor by turning on the radio next to them. It wasn’t too difficult, and it was far more straightforward than we thought sneaking into the location would be.

Once you reach the second floor, multiple guards are protecting this area and several cameras. If you did not turn off all of the cameras, make sure to switch them off one at a time manually.

Two guards are talking to your right, at the top of the stairs. Wait for them to turn away, and then dash across the hall to the other side. There will be one guard inside the room, protecting the data and a camera. Make sure the camera is down before taking out the guard. Now, all you have to do is access the computer, and you’ll transmit the information. You can jump out the window, and the contract is closed.