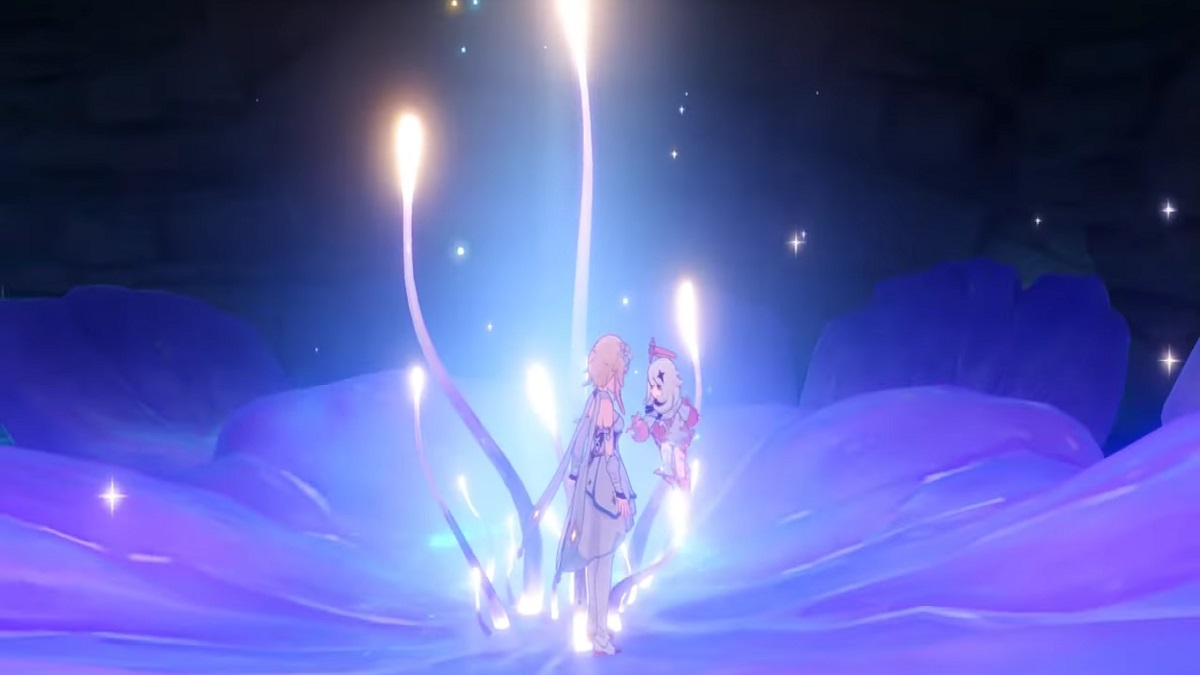 Genshin Impact’s patch 2.4 update has introduced a lot of new content along with new quests and rewards. One of the quests that players need to complete is the “Lotus Eater” in Enkanomiya. To help players finish the task, we’ve put together a walkthrough guide detailing every step.

Kickstarting the Lotus Eater quest is not straightforward, as you have to fulfill some prerequisites first. Set Enkanomiya to Evernight and head to Northwestern teleport point of the Serpent’s Heart ruins. Upon reaching there, jump off from the cliff to the north, where you’ll find a cave. Enter the cave and keep walking until you reach a wall with symbols engraved on it. Climb the wall and sit in the middle of these five symbols for a few seconds. Once done, the symbols will start to glow, and dots in the form of a small arrow will appear around each symbol. These dots are essential for the next part of the quest, so note them.

Head back to the teleport point used before and enter the nearby shrine. Here, you’ll find the same five symbols from before, along with five doors with a symbol on them. According to the dots that appeared around each symbol before, you have to pass through every single door. Start with a symbol with only one dot around it and follow the same procedure until all five are done. Once done, a ghost will appear with whom you need to interact. After talking to the ghost, inspect the nearby stone tablet and interact with the ghost again. This will kickstart the Lotus Eater quest.

How to solve Lotus Eater Puzzle

After interacting with the spirit inside the shrine, you’ll need to meet another spirit in The Narrows. Upon reaching the designated location, you’ll come across the lantern puzzle. The main objective of the puzzle is to light all three lanterns by turning on the switch located beside every lantern. However, this needs to be done in proper order, or the puzzle won’t complete. The correct order for solving the puzzle is mentioned below:

Once the puzzle is solved, a door will open nearby. Enter the cave, where you’ll find another switch. Use the switch to turn on the Evernight mode and continue walking. After a while, you’ll come across another spirit. Interact with the spirit and gear up for the final phase of the quest.