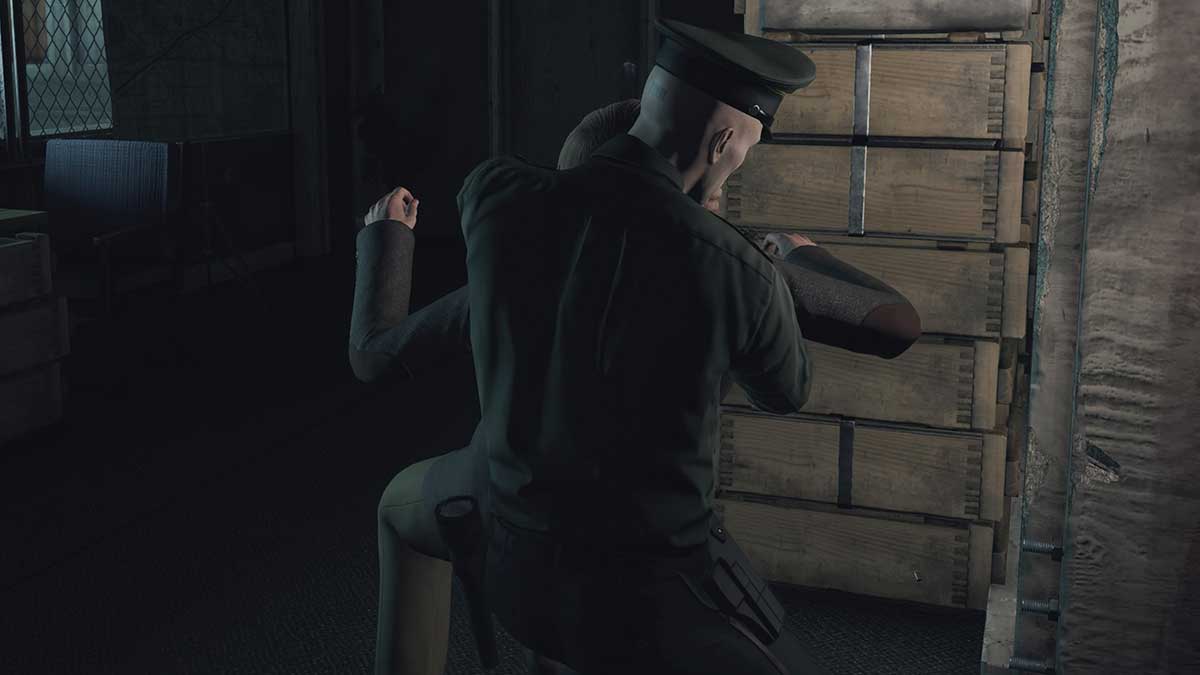 The ICA Facility is the first location in Hitman 2016 but it can still be played in Hitman 3 or Hitman Trilogy. It’s the training area where you’ll get used to the mechanics of all three games in the Hitman reboot trilogy and ends with The Final Test. While you may complete the mission with a rank of Silent Assassin by following one of the story missions, we’ve put together a slightly more complex route that will complete a challenge and see you walk away with a Silent Assassin rating to boot.

Step 1: Get the security guard disguise

Vault into the facility as the tutorial initially showed you from your starting location. From there, move left and around to the security guard near the bushes. Once the engineers have finished talking and have moved away, distract this security guard into the bushes, subdue him, and take his disguise.

Step 2: Sneak over to the drainpipe and distract a guard

Move along the back of the facility through the booth next to the security guard you subdued. Get to the back corner of the building next to another security guard and climb up the drainpipe. See below for a map reference for this drainpipe.

At the top of the drainpipe, you can walk along the ledge of the building to your right. If you follow this past two windows, you’ll reach the window for the bathroom. At this point, the guard below may almost spot you. If he does, wait in the container for him to come inside. Then, you can either take him out and hide his body or wait for him to leave.

Step 3: Remove the other guards

There will be at least one guard with the target at all times. You need to use coins to draw that guard into the bathroom, subdue him, and hide his body. Make sure you do this when the target isn’t looking at the door, or you’ll be spotted. You should also be careful to avoid the colonel that will walk into the bathroom now and then to check his appearance.

Kill the target and dump his body in the bathroom when the coast is clear. Then, you’re free to climb back down the drainpipe and head for the exit. Do this quickly to avoid the body being discovered. This will complete one of the more obscure challenges for the location, earning you additional experience points.