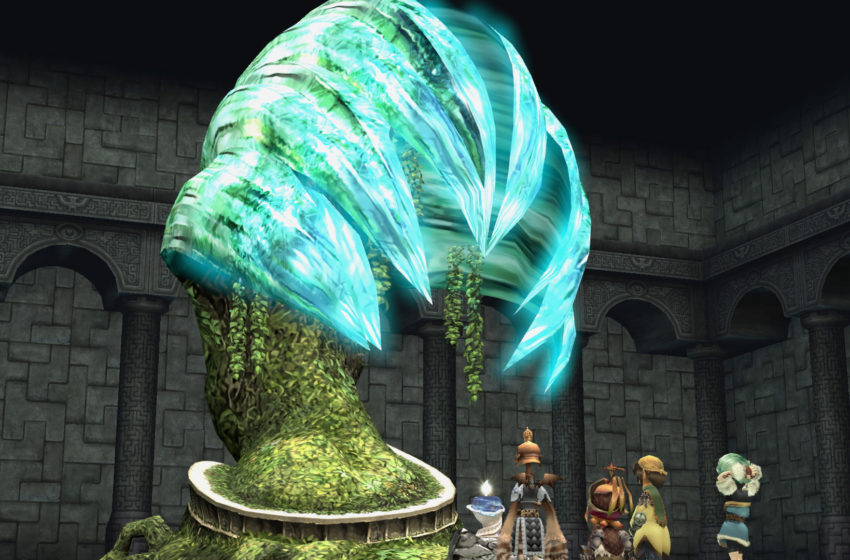 The first boss fight you will encounter in Final Fantasy Crystal Chronicles Remastered is the Giant Crab at the River Belle Path. It’s a rude introduction to fighting the monster-sized bosses that appear throughout the game, and while it might seem intimidating at first, you can easily cut this crab down to size if you are careful.

The good news for players who prefer magic is that the Giant Crab will mostly try to keep his distance from you, seeking to cut you down with magic of his own. For fighters, the Giant Crab can be quite slow to turn, so getting in beside it and hacking away at his legs is a great tactic.

The two main attacks that grab will use early are a magic missile attack akin to a laser, and a glowing orb that will track you. The laser can be easily dodged. It takes a long time to cast, and the Crab will make no effort to pivot and follow you if you move. The orb travels very slowly, so you can run away from it and eventually it disappears. If it hits you, it will slow you for a while, and this is the only time this fight should really feel risky.

After a while, the crabs claw will fall off, and its behavior will change. It will begin to jump high into the air, crashing down and trying to crush you. Once again, you have plenty of time to get out of the way, and can then run back in and start hacking away at its legs again.

If you have a Blizzard spell, this can be very effective in this fight, but the long cast time can leave you open to the crab’s attacks, so ensure you are timing your attack windows correctly. Finally, it is a great idea to keep a Phoenix Down in your command list during boss fights. If you die with a Phoenix Down in your list, it will automatically cast, reviving you.

Once the crab is defeated, you will be able to get your first Myrrh for the chalice. You’ll also get a letter from your family, giving you the option to send them an item. Try to make sure you send an item that matches the family type you picked at the start of the game. Finally, you will get your first chance at an Artifact, and it is a good idea to pick an extra heart of health and an extra command slot as soon as possible.