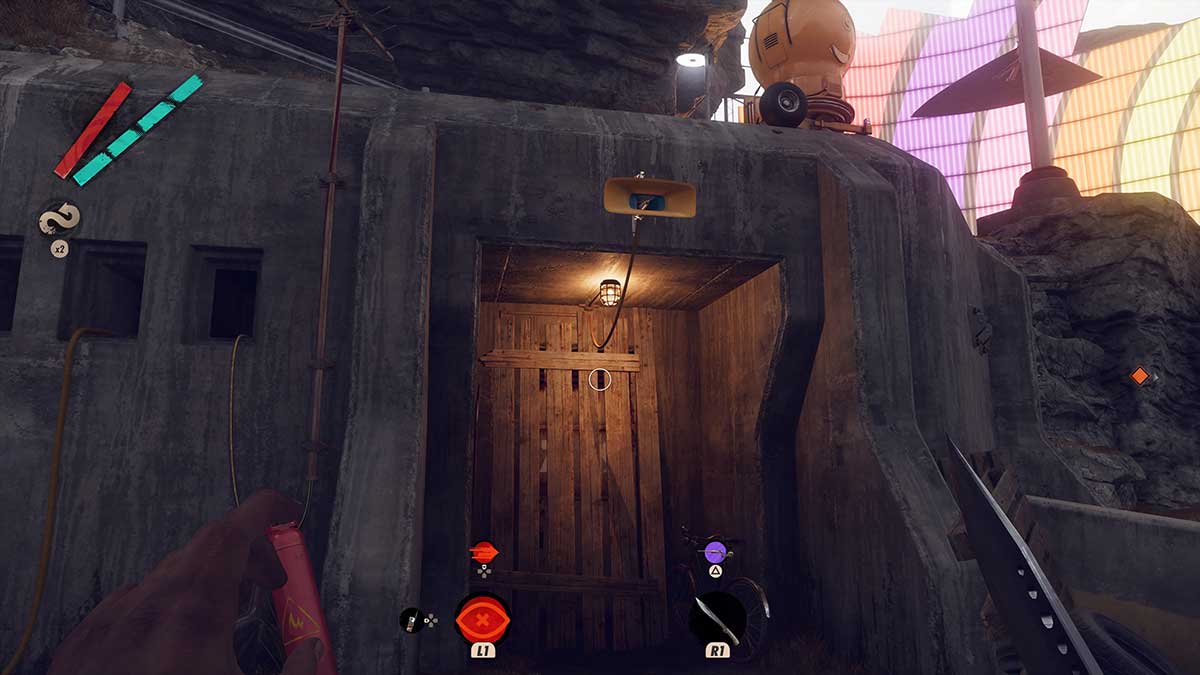 Deathloop is filled with mysteries to uncover that help you learn more about the lore of Blackreef. Even if you’ve completed the game, there could still be more to uncover, such as Pick Rexly. One of those secrets that may have gone unnoticed is related to the locked door in Fristad Rock. This guide covers how you can get into that door and uncover the first secret bunker.

The door to the bunker is marked Z-29 and can be found on the shore to the left of where you enter Fristad Rock. Initially, it’s covered by wood, but you can kick it to smash it and reveal the door. There’s a speaker above the door and a doorbell, but no way to unlock it. Don’t bother wasting your time with the doorbell, and instead, walk down the shore until you find a small gap between the rocks and the structure. You can go through the gap to enter the bunker.

There’s a lot to uncover in this bunker. First is the audio log directly in front of you as you enter. It reveals that someone was monitoring the Visionaries before the loop and contains a photograph with all the Visionaries, but Colt’s eyes are covered up. Look around until you find all three notes in the area. There are two on the board with the map and one on the table with the machinery.

The note on the table with the machinery is the one you need to care about. It contains a code, ours was 6H7, which is used in the door to the left. The door has three codes that you need to enter, but you’ll need to find some more secret bunkers if you want to find the other codes.

The notes you find will reference a secret code on the radio. Hack the radio in this room, and you’ll be able to listen without any interference to the code that’s playing. You’ll likely need a pen and paper for this next part. The code that plays will play out something like the following.

The three digits are a reference to the secret bunkers in specific locations on Blackreef. The numbers after them are how many times you have to press the doorbells at those locations. We’ve labeled them above so you know where they are. You can now visit each of these locations and get into these locked doors by pressing the doorbells on them the defined number of times.