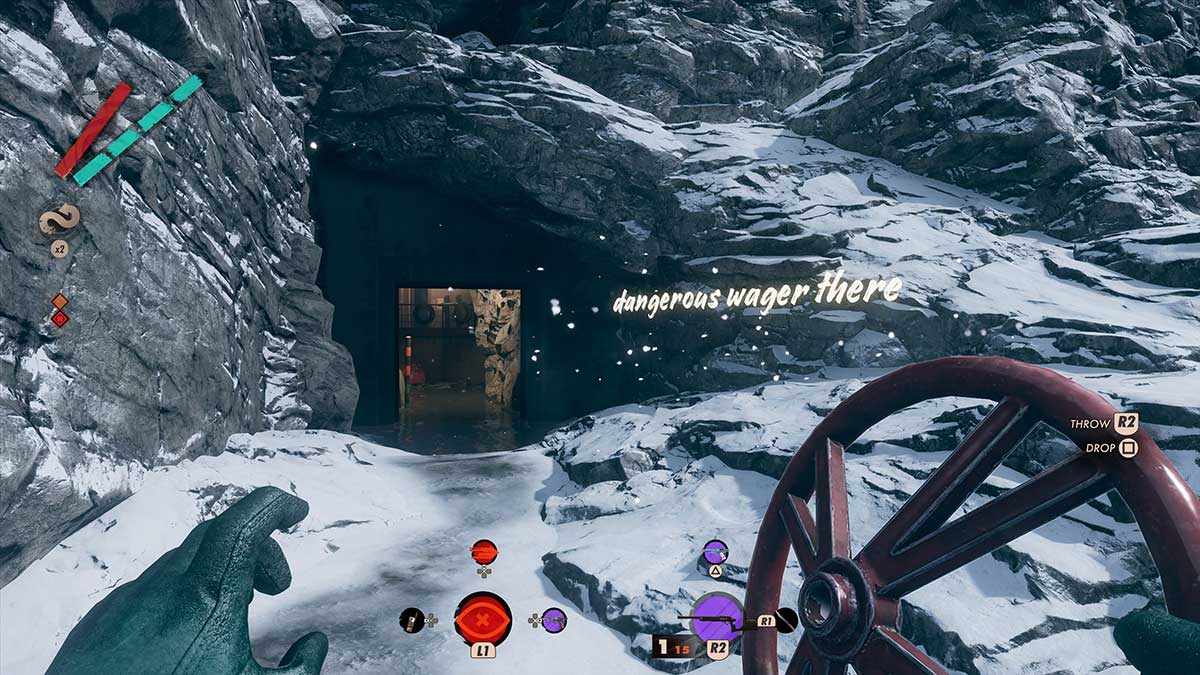 Deathloop is filled with secrets for you to discover once you’ve completed the main campaign. One of those secrets is the Boathouse underneath Frank’s headquarters in Fristad Rock, where an Eternalist is doing something pretty fishy all by themselves. This guide covers how to get into the Boathouse and avoid the gas you’ll face there.

How to avoid the gas in the Boathouse

There are two ways to avoid the gas in the Boathouse. Before you even attempt to go in there, though, we recommend equipping Colt with the Iron Lungs Personal Trinket since this will allow him to breathe and even be healed by the gas.

Inside, you’ll enter a chamber where there’s an Eternalist who seems to remember Colt, but Colt has no recollection of him. He’ll then try to jog Colt’s memory by filling the chamber with gas. If you don’t have the Iron Lungs Trinket equipped, Colt will eventually die and respawn outside of the Boathouse unless you shut the gas off.

To shut off the gas, you need to hack the antenna on the stairs. This opens the box next to it, but don’t push the button just yet. Instead, you need to pull the right levers below the stairs, then press the button. Jump down into the room, smash the boards under the stairs, and you’ll see the levers. You need to pull the levers with the corresponding numbers on the whiteboard you can see through the door at the top of the stairs. Have a look, then jump down and pull those levers. After that, pushing the button will shut off the gas and open the door. This allows you to leave the chamber, but if you want some juicy lore, you’ll need to do something else.

To get through the door and acquire the information behind it, you need a crank-wheel. You can get one of these either from Fia’s workshop or by ordering one from the delivery booths. The codes for the delivery booths change with each playthrough, but once you know them, you can order a crank-wheel to be delivered to Fristad Rock early in the morning. Then, when you arrive to go to the Boathouse, you can pick the crank-wheel up.

Use The crank-wheel on the large red pipe to your left in the metal walkway as you enter the Boathouse with it. Turn it all the way and then enter the gas chamber. Now, the Eternalist will gas themselves and cause the room to explode. This means that you can enter the room and find a new audio log and an interesting note that indicated that yet another Eternalist wasn’t sold on the AEON project.