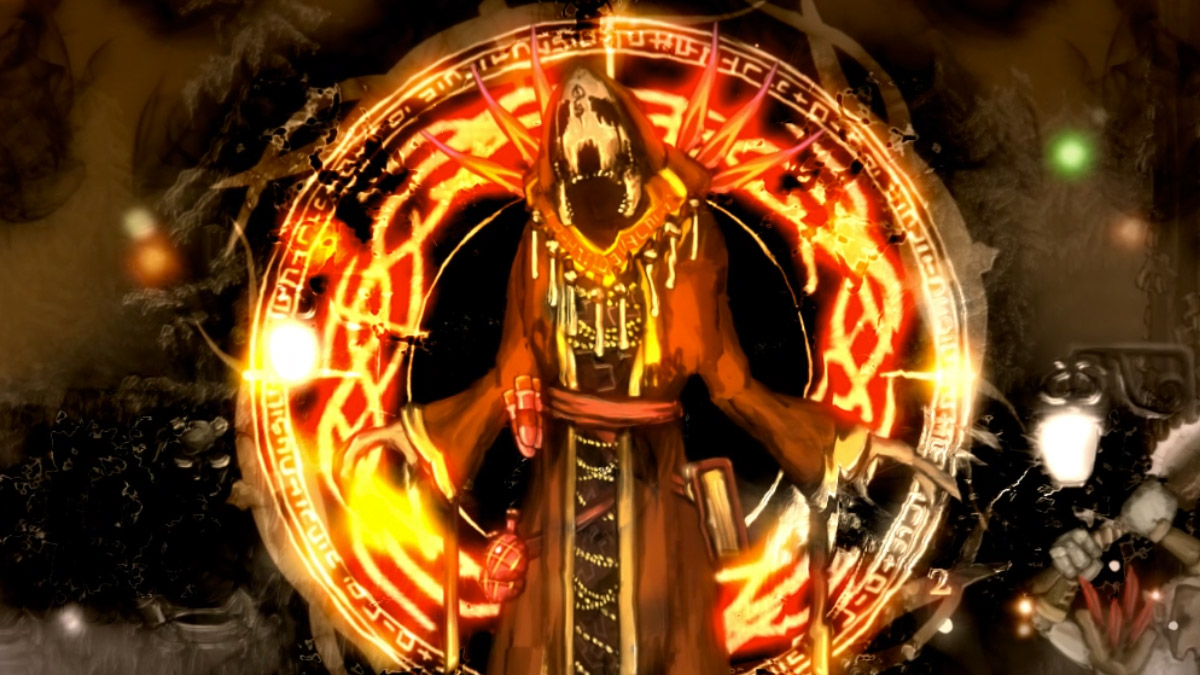 Not long after exploring Ashbourne Village and facing Uryks Necklace-of-Ears, you’ll start Salt and Sacrifice’s first Mage Hunt. The Mages are the main villains of this game, and there’s a whole army of them. Arzhan-Tin The Ceaseless Fury is first, and his pyromancer abilities will fry you if you’re not careful. Here’s how to take down your first Mage.

Most bosses in the game have attack options for any distance between the player and themselves, and Arzhan-Tin is no different. At a long distance, he can cast flames that erupt from the ground in columns — look for the glowing spots on the ground and avoid standing on them to keep yourself healthy. He can also send a cluster of fireballs gliding across the arena. These move slowly enough that timing a dodge roll through them isn’t too bad.

At a medium distance, Arzhan-Tin can spray a trail of fire in an arc directly in front of him, and you have two options for avoiding it. If you can dodge through him to attack from behind, go for it — the fire trail is slow, leaving you plenty of time for counters. If you’re not close enough, roll back and wait for the heat to subside. Finally, Arzhan-Tin has a sword he’ll swing when you’re in close quarters. The swipes can be avoided by rolling in either direction, but again it’s better to get behind him and go on the offensive.

Arzhan-Tin is the first Mage, but he’s still a challenge. His flaming attacks are very telegraphed, so you should be fine as long as you’re not greedy. Attack when you can, and the fury will be ceased.