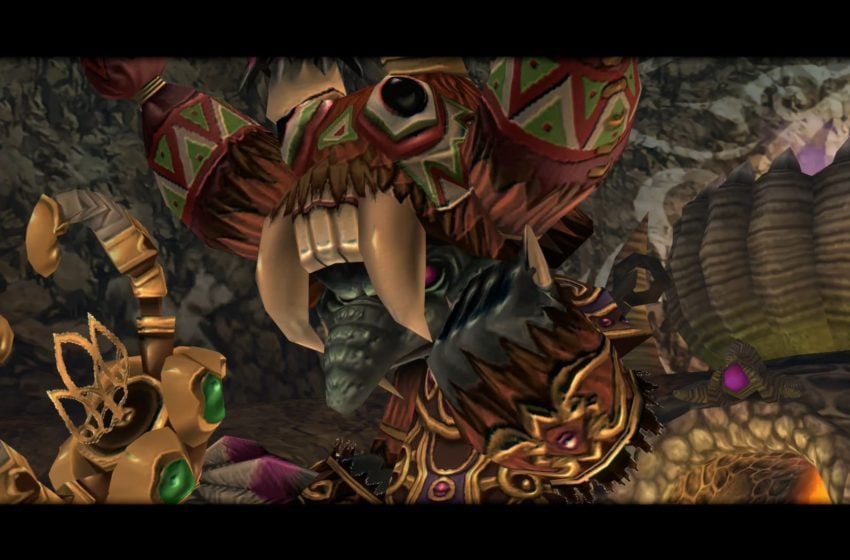 The Golin King is an awkward boss fight in Final Fantasy Crystal Chronicles. This is down to the fact that he tries to cast status effects on you, causing poison to slowly drain your health. He can also stagger you with physical attacks and will summon in smaller Orcs that can also stagger you. This leads to the chance of being stunlocked and slowly beaten to death while not being able to do much about it.

At the start of the fight, you will need to take out four Orcs and get two keys from them to get access to the Goblin King. Run at him and start attacking, but be careful, he will teleport away and start to summon Orcs, and cast spells.

The good news is that you can run to the other side of the arena, deal with the Orcs, and he will normally teleport closer to you. Do not allow the Orcs and the Goblin King to all be in melee range. If one of them staggers you, it can get very difficult to deal with. Ensure you deal with the smaller enemies, then damage the Goblin king when you can.

He will try and hit you with poison magic, and getting hit by this will start to drain your health. A Clean spell, and a Cure, are pretty much essential for this fight. He can also hit you with a Thunder spell, which will once again stunlock you, and allow smaller enemies to do a lot of damage if they are close.

If you make sure you are dealing with the smaller enemies as they spawn in, this fight becomes a lot easier. This will buy you plenty of time to cast spells. If you plan on attacking with a weapon, move to the Goblin Kings back and hold X to charge an attack, then release is the second he turns to face you. You will dodge his melee attack, and can just rinse and repeat until some ads arrive to interrupt your fun.