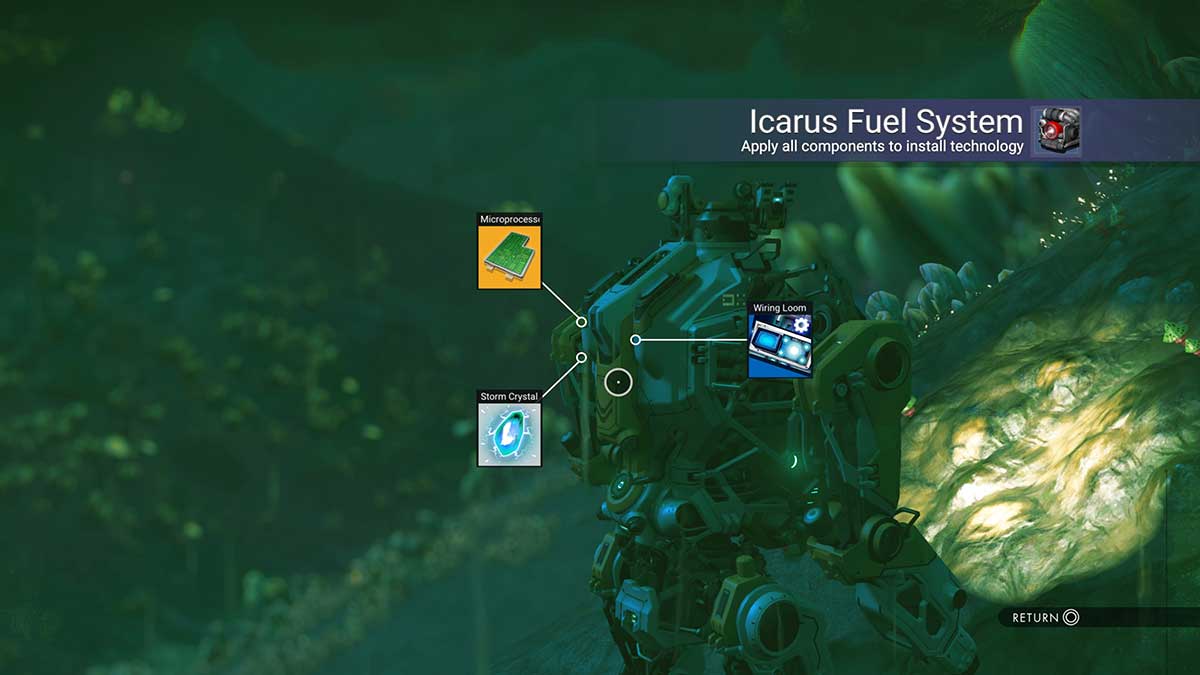 The Icarus Fuel System is an upgrade you can acquire for your Minotaur while playing No Man’s Sky. It’s one of the most useful upgrades because it allows your Minotaur to recharge during the day. This means that you use less energy while exploring in the day, and if you leave the Minotaur out in the sun, it’ll recharge all by itself. This guide explains how you can build the upgrade.

How to build the Icarus Fuel System for your Minotaur

First, you need to acquire the blueprint for the upgrade. You can find this in caches of dropped cargo around the galaxy, purchase it from a space station or The Anomaly, or pick it up as a reward for completing a Milestone in an Expedition.

Once you’ve acquired the blueprints, you can install the upgrade in your Minotaur. However, you’ll need three resources to do so. You need to collect three Storm Crystals, two Microprocessors, and two Wiring Loom. You can pick Wiring Loom up from space stations by purchasing it from a Galactic Trade Terminal. It’s also possible to buy Microprocessors, but you can easily craft them using 40 Chromatic Metal and one Carbon Nanotube.

Storm Crystals need to be collected from a planet’s surface during a storm. They won’t appear anywhere else, so find a planet where there’s likely to be a storm soon and wait. Then, when the storm hits, run out and find the Storm Crystals as quickly as you can. Once you’ve installed all three of these resources in the upgrade, it’ll be complete. This will help you traverse a planet for far longer in No Man’s Sky, making the Minotaur an essential part of your base.