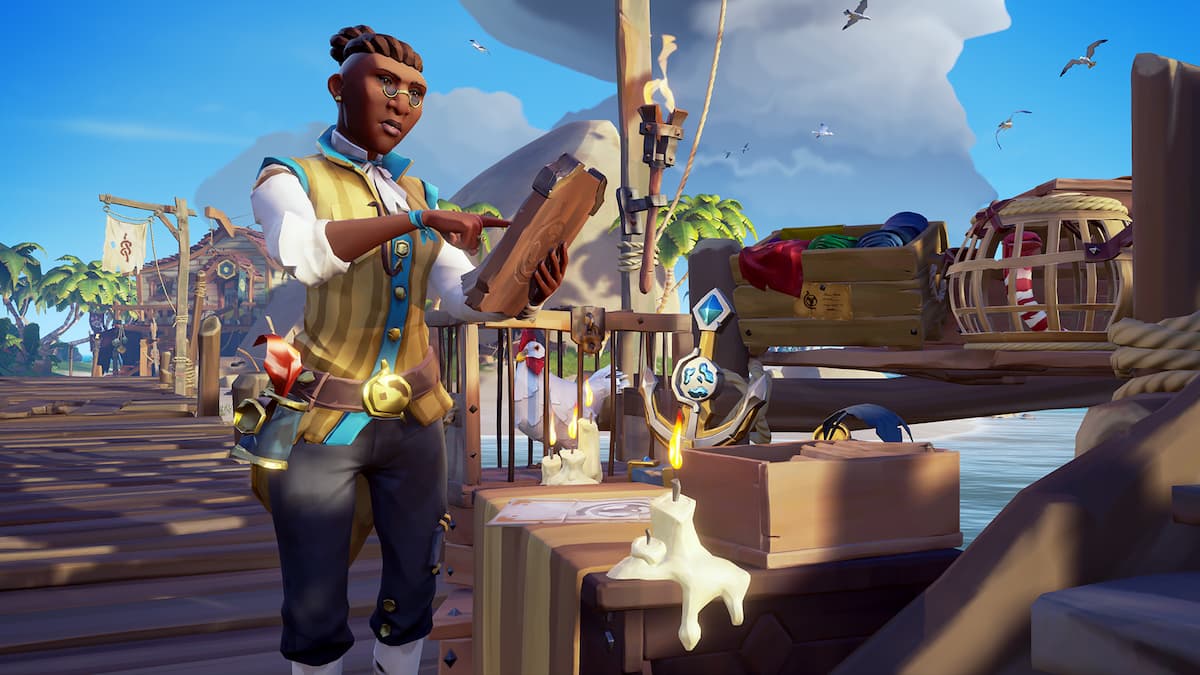 The Lost Shipment voyage is one of the latest additions to Sea of Thieves, arriving along with Season 1. These voyages send pirates on a hunt to find a missing crew for the Merchant Alliance. To start a Lost Shipment voyage, speak to the Merchant Alliance representative and purchase it for a few gold coins. For players who have under 25 reputation, it can be purchased from Larinna instead.

Your first hint at finding this ship is to look at the map of the planned trading route. Players may find themselves at the beginning, the middle, or the end of the planned route. So if you end up at the destination, you might have to sail to the origin to discover the first clue.

Along the route, you will find a group of seagulls, pieces of the boat, some Merchant crates, and a clue. This is the first clue of the voyage. There can be up to five clues; however, players can find the missing shipment without gathering all of them.

Excluding the first clue you find traveling along the route, there are four different types of clues for you to find while searching for the boat. Players can encounter any variation of these clues when they begin this voyage.

The first type of clue points you to a nearby island, where the crew made a stop. You will have to sail to this island and search around for a Clue in a Bottle. Beware, once you take the clue, you will be attacked by skeletons.

The second type of clue will send you to speak with a lone pirate. These pirates are usually located on the shoreline or a dock within the island and are easy to find. Head toward the island in the clue and ask the pirate about the missing cargo. Once you ask about the cargo, the pirate will then give you the next clue.

The third type of clue will give you a coordinate. Use your ship’s map to find the coordinates. Remember, the letters are on top, and the numbers are on the side. Head to the coordinate on your map, and you should find another group of seagulls flying over pieces of the boat and your final clue.

The fourth and final clue in this search and recovery will be the hardest to use. Here is where you will look for the sunken ship itself, between the coordinates and its final destination.

It can be anywhere in-between these two locations, so be on the lookout for any sign of seagulls to help bring you over to the ship. Once you find the wreck, look inside for a skeleton that will be holding the manifest. Grab the manifest, and the voyage is complete.