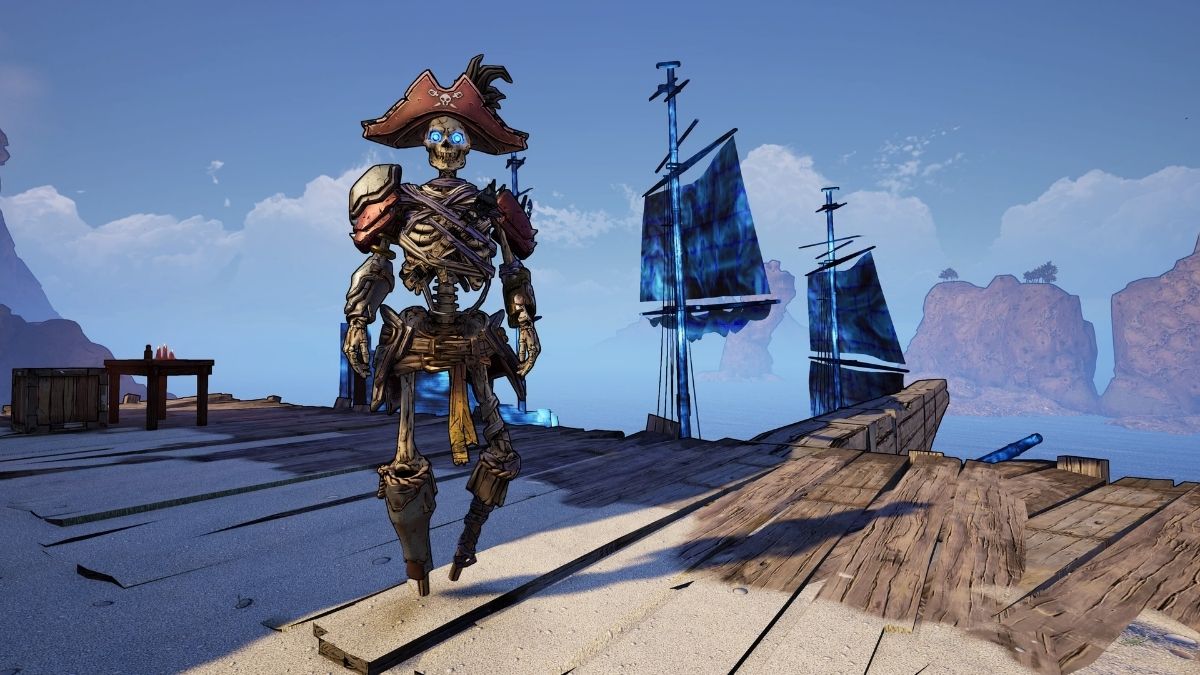 Your old friend Bones Three-Wood needs your help again. This time, he can be found in Crackmast Cove. Long Bronzed Gilbert has kidnaped Three-Wood’s first mate, and he needs your help to rescue him. Here is how you complete the A Wandering Aye side quest in Tiny Tina’s Wonderlands.

After talking to Three-Wood, make your way back down the dock and to the right to find the Witch Doctor. She happens to be asleep in a hammock. Jump down to the dock below her and fire the tiny cannon. Since that won’t wake the Witch Doctor, continue firing the cannons until she awakens. Afterward, talk to the Witch Doctor.

With the Hex Caster, go across Wrecker’s Bane to the small campsite with the cauldron. Place the Hex Caster in the area. This will cause skeletons to appear. Defeat the skeletons and collect the Cursed Essence. Once that is done, head back to Wrecker’s Bane and find the wooden gate. The Witch Doctor will open the gate. After she does, go through and defeat the serpent people on the other side.

You will find that Gilbert is in the area, but the Plot Armor protects him. Survive the waves of skeletons that appear while you wait for Three-Wood. Gilbert will escape, but you have everything you need to create the curse. Go over to the Witcher Doctor’s cauldron and create the curse.

After creating the curse, a portal will appear. Go through the portal and go straight. Follow the path to the skull-shaped rock with the skeletons in front of it. Turn the skeletons into crabs and proceed to fight them. After the battle, go into the cave and follow the path to find LeChance and Gilbert. You will now need to fight multiple waves of skeletons. During this time, LeChance will be dropped into the water below. After the battle, go down and check on him.

Go outside and use the Hex Caster on Gilbert. He will turn into a giant crab. He will be immune to damage for a few seconds after turning, so focus on his crew. After Gilbert becomes vulnerable, take him down. Afterward, a portal will appear. Go through it and talk to LeChance, who is now a spirit. Curse Three-Wood to turn him into a crab. The Witch Doctor will then kill him, and he will become a spirit. Say goodbye to Three-Wood to end the quest.