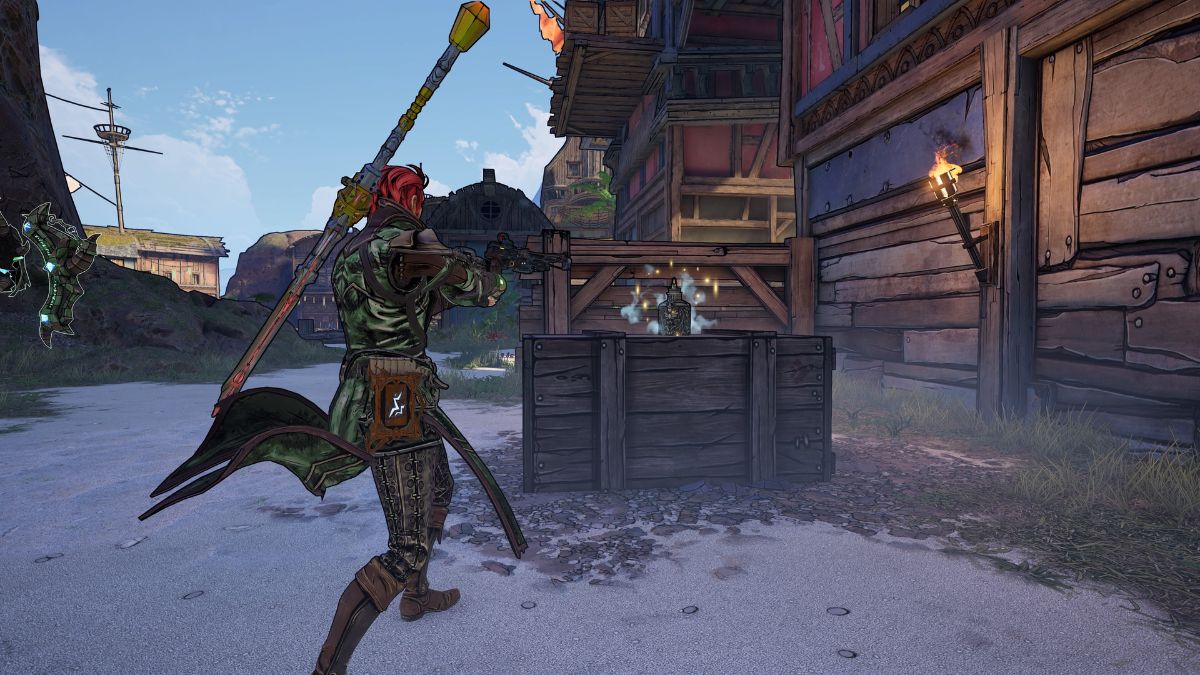 Rude Alex needs your help. He died a couple of days ago but has no idea how or why. The only evidence is a hook in his head. Be a good adventurer and figure things out for him. Here is how you complete the All Swashed Up side quest in Tiny Tina’s Wonderlands.

You can pick up this side quest after completing the Ballad of Bones main quest. Once that quest is complete, make your way to Crackmast Cove. From the entrance, go to the Scallywag Landing fast travel site, and you will find the quest nearby.

Start the quest by traveling up the path and going through the small town filled with pirates. You will find Rude Alex behind the houses. He is trapped inside a flask on a wooden box. After freeing him, go down the road to the right of the buildings to an area blocked by a large skull. You will need to solve the puzzle to gain entry. This one is easy. Shoot the fuses of the cannons from smallest to largest. The solution is in the image above. Once the puzzle is solved, travel forward and defeat the seawargs. After they are defeated, pick up Rude Alex’s Nose Ring.

After finding the clues, follow Rude Alex to two NPCs. They will quickly drink potions that turn them into seawargs. Defeat them and pick up Alex’s hat. Go through the gate and defeat the pirates on the other side. After the fight, go over to the skull on the post and interact with it. This will remind Alex how to sabotage the potion vat. Go over to the vat and ignite the heating element by hitting it. Next, climb up on the roof of the building and pull the lever to close the pipes. Last, pick up the barrel next to the shack by the house, place it in the vat, and shoot it.