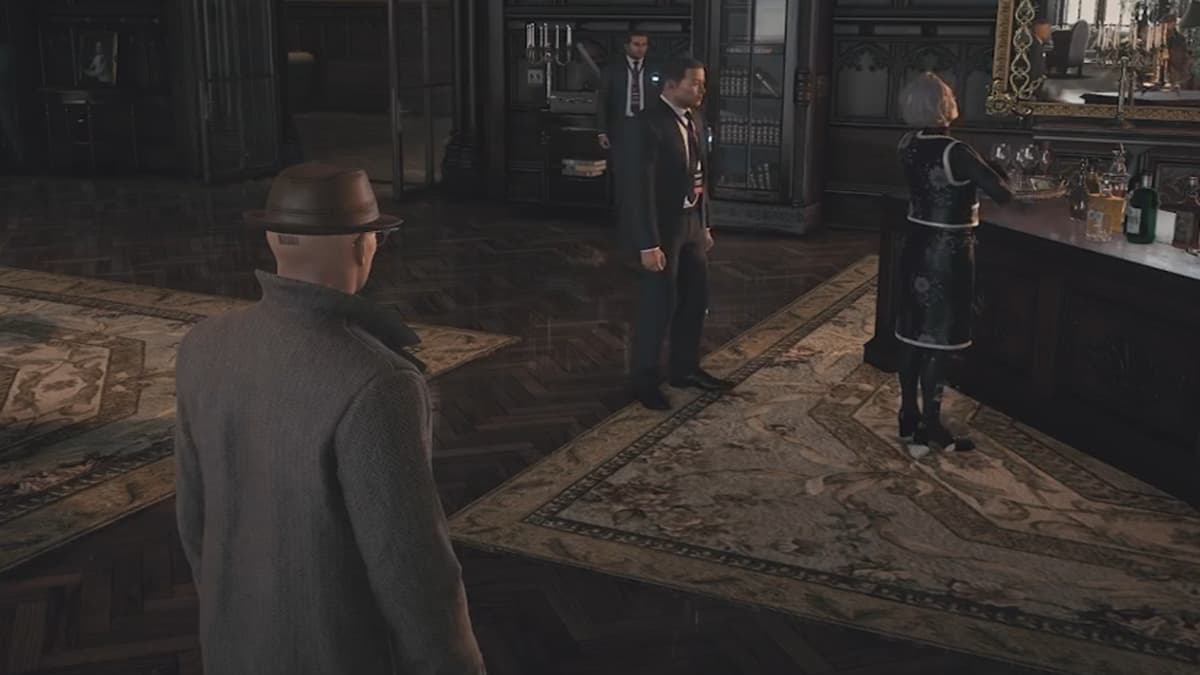 The Dartmoor level in Hitman 3 is one of the more unique maps the series has ever released. Between the story implications of assassinating a target primarily thought to be dead until recently and solving a murder mystery in the process, there is some really cool stuff in the English mansion area. Within the assassination challenges is a redacted objective that will see you eliminate the head of the house, Alexa Carlisle, through the hands of the murderer, without significant input on your side. Here is how to unlock the Another Death in the Family challenge in Hitman 3’s map Dartmoor.

To start things off, you need to make your way to the greenhouse behind the manor with either a lockpick or crowbar so you can get in. If you need a crowbar, there is one next to the green van right by the mansion’s back door. There is also a wrench sat behind the fountain that you need to pick up.

Go into the greenhouse and find the lab equipment. If you have played the Mendoza level, you may recognize this as the same thing that can convert emetic poison to be lethal, but this one is broken. Use your wrench to fix the equipment, and your job is done here for now.

Now you will need to take up the murder investigation as the detective invited to the mansion. This is connected to the Means, Motive, and Opportunity mission story we have already covered, so check out that guide if you are stuck. The critical thing to do regarding this challenge is when it comes time to report your findings to Alexa, do NOT accuse Emma. Even though she is Zachary’s actual murderer by poison, Alexa will not do what we need her to do if she knows it is Emma. Instead, either tell her that the butler, Mr. Fernsby did it or that it was suicide.

After telling her the news, have her reward you with the case file you need to finish the level, and she will stand out on the balcony for a little bit. Instead of pushing her over the ledge, which is likely very tempting, let her walk away. She will begin to make her way down to the sitting room, where Gregory, Emma, and Rebecca can often be found. She will ring the dinner bell gathering the entire family to have a meeting.

At this point, you can walk away from the meeting and let things play out on their own, but if you would rather see what happens, that is fine too. It largely has to do with Alexa telling everyone Zachary’s death was a tragedy and not to let anyone know she is still alive. When the meeting is concluded, everyone disperses, but you may notice Emma go off on a new route that she usually doesn’t follow.

She is going to the greenhouse to create a new poison to kill Alexa with. You can follow her all the way there and watch her make it if you want. When she arrives at the equipment, she notices it works again, creates the poison, and slowly walks back to the sitting room where she will slyly drop the poison in a glass of alcohol right in front of a bodyguard and everything.

Alexa should arrive soon after, and after hearing some sass from Greggory, will go over and take a drink. When she falls to the floor dead, the Another Death in the Family challenge will be completed, and you will gain 4,000 mastery points for Dartmoor for your efforts.