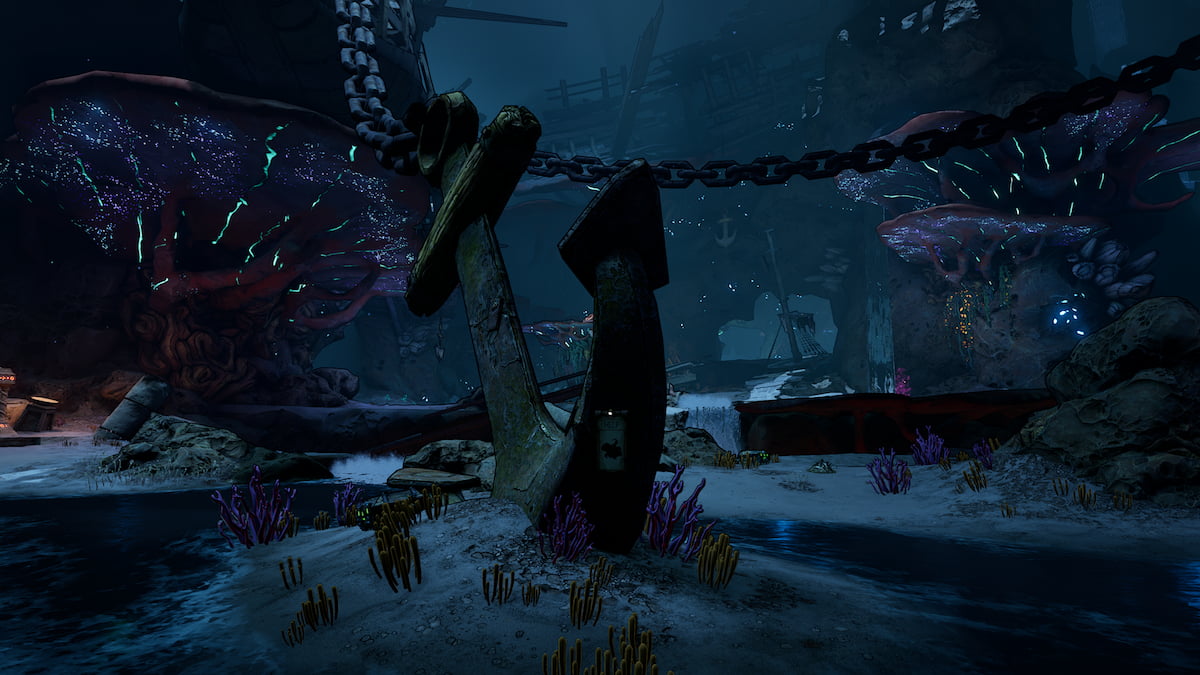 You can obtain this side quest at the central area of the Drowned Abyss, on the side of an anchor. This side quest stars Claptrap once again. Claptrap needs your assistance to find a peaceful solution to this problem.

After accepting this quest, you’ll need to make your way over to Quimble to start the rest of the quest. You can find Quimble a reasonable distance away from where you start the quest.

When you speak with Quimble, they explain they are the final archeologist on the team that has survived the many hordes of Coiled attacking them. You’ll need to protect him, notably right at that moment when multiple Coiled spawn into the location. After repelling the attack, you can speak with Quimble once again.

After speaking with Quimble, Claptrap will appear to offer his diplomatic skills to talk with the Coiled. You’ll have to follow Claptrap around to the Coiled camp to begin the negotiations. When you arrive, you need to set the right mood for the spell by destroying the barrels in the green acid. You’ll have to test our Claptrap’s new spell on some nearby Coiled. Unfortunately, the voice doesn’t work, and you’ll have to fight them.

Following the encounter, Claptrap’s spell wears off, and you’ll have to try it again. This time, next to some peaceful flowers. Make your way over to Claptrap to try recreating the spell by frolicking and jumping around the flowers. With the spell recreated, you’ll need to head to Claptrap’s next location to try it again. Similar to the previous attempt, it doesn’t work, and you’ll have to battle against these Coiled. Once again, the spell fades after the battle.

Now, Claptrap wants to try using a pirate-based voice for the spell. You’ll need to head over to Claptrap to once again give the spell a try, and you need to hit Claptrap before hitting the treasure chest behind Claptrap. Unfortunately, the ship was a tea vessel, which turned Claptrap into a tea trader’s personality. Follow Claptrap to the next location, but Claptrap’s voice forces the Coiled to retreat.

Finally, Claptrap gives up on the spell and leads you to the Coiled, where they have to use negotiations using their new voice, which appears to work. When Claptrap meets the Coiled leader, they do begin their negotiations. However, things fall out, and you’ll have to battle against all of the Coiled and their leader.

After defeating all of the Coiled, you’ll need to find Claptrap in the next area to continue the quest.

You’ll then have to return to Quimble to report what happened to the Coiled. After you’ve reported your findings, you’ll complete the quest.