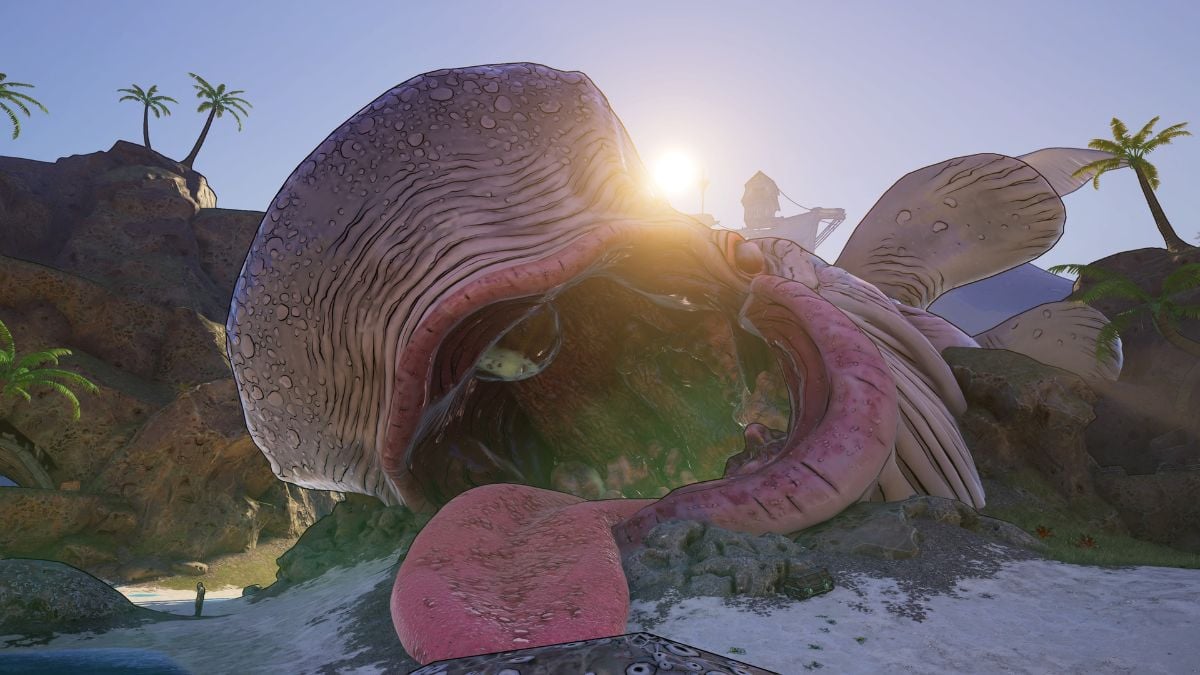 Otto is an old man who has been cursed. Now he has lost his memories and it is up to you to help him get them back. It won’t be easy, and you may have to fight a big miniboss along the way. Here is how you complete the In the Belly is a Beast side quest in Tiny Tina’s Wonderlands.

You can grab this quest from Otto in Crackmast Cove after completing the Ballad of Bones main quest. From the entrance of Crackmast Cove, follow the path until it opens up and Otto will be straight ahead. Use the map above as a reference if needed.

Start the quest off by listening to Otto’s story before going off on a quest to find puppet limbs. He will reveal that he has one of the four needed already. Follow Otto and fend off the enemies while collecting the pieces of the puppet. After each piece is picked up, you will get a part of Otto’s story.

The belly of a whale

After collecting all the limbs, follow Otto to where a giant whale is lying dead on the beach. Go to the left side of the whale and pick up the puppet’s torso. After giving the puppet’s torso to Otto, follow him into the belly of the whale. Inside the whale, Otto will get trapped in a bubble. During this time, you will need to fight and defeat Viscetta. Once that is done, pick up the puppet’s head and place it on the body. This will bring Nico back to life. Nico will show you the way out of the whale. When you escape the quest will be complete.